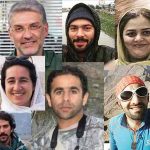 22 Executed, 60 Flogged and 543 Politically-Motivated Arrests in the Month of October 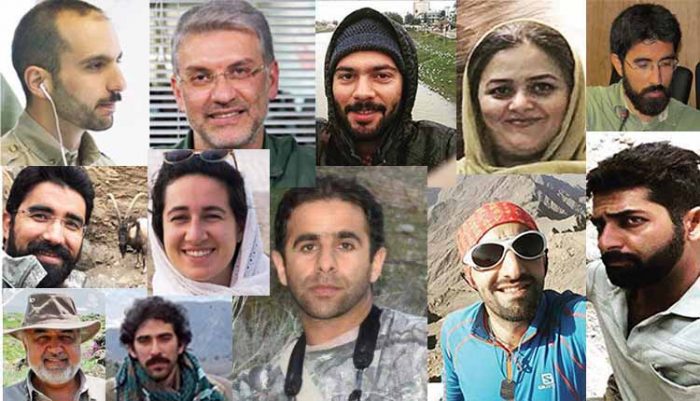 The report showcased the regime’s “dismal report card”, which featured 22 executions, among them a woman executed for a crime she allegedly committed aged 17.

The Persecution of the Iranian People

Iran Human Rights Monitor’s report indicated that the regime has continued its crackdown on the Ahvazi Arab population in Khuzestan province. Regime agents made numerous arrests in the month of October. Reports from MEK network inside Iran indicate that women and children were among those arrested.

The nation’s environmental activists have also been the target of a sustained and bloody crackdown. In October, eight prominent activists were detained on charges of “sowing corruption on earth”. If convicted, the eight could face execution.

The regime has also targeted activists in more nefarious ways. Farshid Hakki was murdered near his home on October 17th.

Iran Human Rights Monitor called on the Iranian regime to release the activists unless it can “produce evidence to justify the charges against them and guarantee a fair trial”.

A String of Executions

The regime executed 22 Iranians in October. One of the most alarming cases was that of Zeinab Sekaanvand. She was hanged in Urmieh central prison in West Azerbaijan province for murdering her husband.

Sekaanvand was forced to marry her abusive husband aged just 15. She killed him in 2012, at aged 17. She was detained and tortured into providing a full confession. On October 2nd, she was hanged for her crime, aged 24.

Sekaanvand sought help several times from the authorities after her husband became violent. She also asserted that her brother-in-law had repeatedly raped her. Luther said, “instead of investigating these allegations… the authorities consistently ignored her and failed to provide her with any support as a victim of domestic and sexual violence”.

In October, Iran Human Rights Monitor recorded 60 cases of flogging, including 15 workers at the HEPCO manufacturing company who received lashing sentences and jail time for striking over their unpaid wages. Among the 15 were labour representatives engaged in negotiations with their employers.

A court in Arak also handed out lashings to 11 people arrested during the December and January protests. They faced a litany of charges including “disrupting the public order and peace by taking part in illegal rallies”.

Iran Human Rights Monitor recorded 543 politically motivated arrests across Iran in the month of October. There were also 11 arrests made on the religious and ethnic basis.

Many of these ethnic arrests were made against the Ahwazi Arab minority in Khuzestan following the attack on a military parade in Ahvaz. Amnesty International questioned the timing of the arrests and accused the regime of using the attack as an excuse to repress the Ahwazi population.

The regime also abducted and imprisoned Hashem Khastar, a leading advocate for teachers’ rights. Khastar disappeared from his family’s farm in north-eastern Iran. He was taken to a psychiatric hospital in Mashad, despite having no history of mental illness. His family has not been permitted to see him.

Khastar was not the only teachers’ advocate to face the regime’s repression. Four teachers were also arrested over their participation in a two-day sit-in protest. The head of the Iranian Teachers’ Trade Association (ITTA) secretariat, Mohammad Reza Ramezanzadeh, was also arrested following the protest.

Several other ITTA members were also arrested in Mashhad and Aligoudarz. Teachers across several Iranian cities were protesting poor living and working conditions.

Elsewhere, prisoners who have been on hunger strike are suffering deteriorating health. Farhad Meysami went on hunger strike on August 1st. The women’s rights defender detained in Evin Prison has reportedly lost 18 kilograms despite being force-fed intravenously.

The regime agents reported that the visitation rights were withheld following a verbal altercation between the women and several prison guards. The women allegedly chanted protest slogans in the visitation hall.

The report shines further light on the appalling conduct and behavior of the regime’s agents. It underscores the extent that the regime is carrying out a systematic and brutal campaign of repression against the Iranian population.