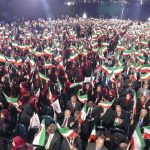 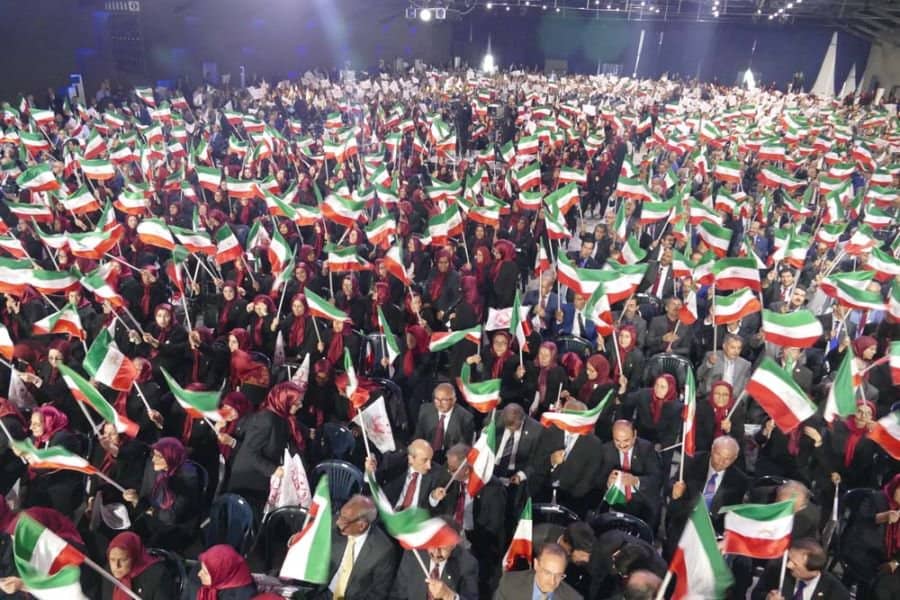 MEK members during September Congress during which they elected their secretary general.

A report published in the Washington Times on September 19th sheds light on the lives of MEK members living in Albania. Reporter L.Todd Wood researched the article while traveling in Albania. Wood was invited to visit the new MEK camp that is being built outside of Tirana while in Albania and learned about the MEK and its members. His report separates fact from fiction and explores the kinds of people who join the MEK and their reasons for doing so.

The new MEK camp, named Ashraf 3, houses around 3,200 members of the Iranian opposition movement. The group built the camp after being forced out of their old home in Iraq by a series of attacks by the Iranian-backed government.

The Iranian government is extremely fearful of the MEK, as it sees the group as an existential threat. As a result of this fear, the regime has repeatedly carried out brutal and reckless acts against the MEK in a series of failed attempts to destroy the organization and all opposition to the mullahs’ rule. In June, an Iranian diplomat was arrested for planning a foiled terrorist attack on the Iranian resistance’s Free Iran gathering in Paris. In August, two Iranian intelligence agents were arrested in the United States and charged with spying on the MEK on behalf of the Iranian regime.

According to Wood, the Iranian regime has taken its demonization campaign against the MEK all the way to Albania, employing its intelligence agents to recruit former MEK members to spread propaganda against the group in an attempt to ruin the organization’s reputation within Albania.

Wood’s visit to Ashraf 3 took place against the backdrop of the regime’s hostile attacks against the MEK, as well as the popular uprising currently taking place in Iran, which is being organized by MEK resistance units; the reinstatement of U.S. sanctions, which are exacerbating Iran’s escalating social and economic crises; and a regime that is teetering on the verge of collapse through its own corruption, incompetence, and mistreatment of its people.

Wood described his entrance to Ashraf 3 in terms of the security measures that were required to ensure the safety of camp residents. Any time he left the camp during his visit, two cars had to travel together. Local security services were employed to provide perimeter defense and to inspect all cars who entered the camp gates.

According to Wood, Ashraf 3 resembles a small city in various stages of construction. It has lodging, robust cooking facilities, assembly halls, a medical facility, and an administrative building. He said that the MEK has done a remarkable job in recreating their home in Iraq in such a short time, noting that the facilities were already very functional, if still somewhat barren.

Wood met the leaders of the camp and was immediately struck by their openness. The MEK has been the subject of a number of recent journalistic attacks by BBC Channel 4 and Al Jazeera, ending in a flyover of the camp by a drone owned by Channel 4. The false reports have left the MEK eager to set the record straight. Wood indicated that he would be willing to keep an open mind, and he received full and detailed answers to all of his questions. In some cases, additional members were brought in to provide more detail on a response. No subject was taboo during the two-day visit, and Wood left with positive feelings about the MEK and a commitment to come back and learn more about the organization.

Wood was interested in the members of Ashraf 3. He wanted to know who joined the MEK, who chose to live at Ashraf 3, and why they joined the organization. He found that most of the camp residents were older, as the children of MEK members were moved out of Iraq and sent to Europe and the U.S. over the last decade when Camp Ashraf and Liberty became the targets of missile attacks. There were, however, quite a few younger members, some of whom were part of the group of children who were evacuated from Iraq in 2009. These children grew up and joined the MEK as adults, following in their parents’ footsteps.

Wood interviewed approximately 50 MEK members during his stay at the camp, speaking to people both young and old about their experiences and what led them to join the organization. Some of the people he interviewed joined because their loved ones suffered violence at the hands of the regime. Others joined because the regime executed a loved one. Many became members because they couldn’t envision a future in Iran and chose to commit themselves to bring regime change for the generations to come.

Wood acknowledges that the MEK has been described as a cult, but he pushes back against this idea, saying instead that it is a “fanatically committed group of individuals who have given their lives for an idea: a free Iran.” He describes the members of the MEK as individuals who want a better life for their brothers and sisters in Iran. He said that this was especially prevalent amongst the young people at the camp, many of whom carried physical scars from their time at Camp Ashraf or Iran. Many of the MEK members Wood spoke to “had a deep sense of loss and pain from their dealings with the regime-murder, assault, deceit, torture. Their overriding principle was to prevent future generations of Iran from having to go through the same horrific experiences.”

Wood pointed out that the camp residents are mostly intellectuals and were very successful before joining the MEK. These are people who could have settled anywhere in the West and done well for themselves, but they chose to sacrifice everything to work toward a free Iran. Wood emphasized that everyone in the camp is singularly focused on freedom, that the idea of freedom permeates the camp itself. He spoke of the focus and determination of every member of the camp in completing their tasks. The members of Ashraf 3 have one goal—freedom—and they are determined to achieve it. Wood said that everyone he spoke to knew why they were fighting and why it was important that they do so.

Wood also referred to recent propaganda pieces published by the Iranian regime lobbies or paid agents saying: “Albania has nothing to fear from this group. I did not see any weapons or military training. They want to become good citizens of Albania and to build a life in the former communist country. In fact, it is the MEKwho has to be worried about violence. The regime has shown it will stop at nothing to destroy them. Iranian Ministry of Intelligence agents are active in Albania. They are the ones the Albanian public has to fear, not the people in the camp.”