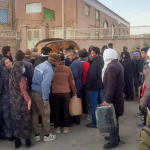 Iran: Protests across the nation in response to the gas shortage crisis

Written by Amineh Qaraee on January 19, 2023. Posted in NEWS 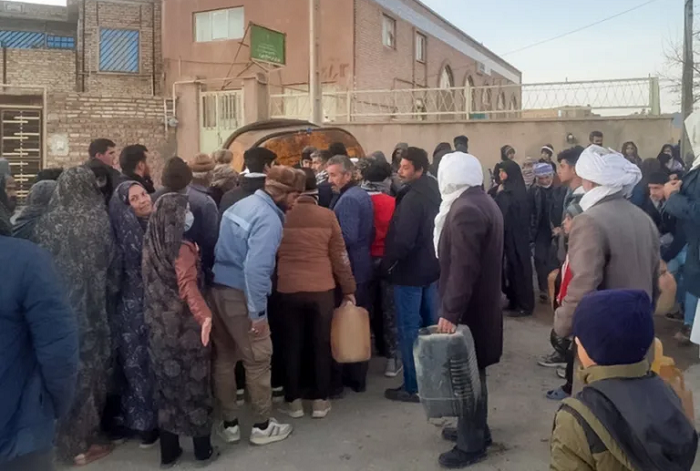 On Tuesday, Iran’s nationwide uprising reached its 124th day, following a day of unrest and protests sparked by the regime’s inability and incompetence in supplying cooking and heating gas to the country.

Despite having the world’s second-largest natural gas reserves and fourth-largest crude oil reserves, the Iranian people are experiencing severe gas shortages. Protests in Iran have now spread to at least 282 cities. According to sources from the Iranian opposition People’s Mojahedin of Iran (PMOI/MEK), the regime’s forces have killed over 750 people and arrested over 30,000.People protested the ongoing gas shortage outside the local governor’s office in Torbat-e-Jam, Razavi Khorasan Province, northeast Iran, on Monday morning. Long lines have formed in this city, as in many others across the country, to purchase kerosene.

People were also seen congregating outside a nearby Red Crescent branch in search of electric and kerosene heaters. There have also been reports of regime authorities dispatching numerous security units into the streets to prevent any potential anti-regime protests as local anger grows.

Protesters grew in number after dark outside the governor’s office and the regime’s Red Crescent branch. Protesters in the area began chanting anti-regime slogans such as “Death to Khamenei!” Authorities responded by deploying additional security personnel and even opening fire on the protesters.

Official employees of the Aghajari oil and gas company protested on Tuesday morning, demanding better pay based on the regime’s own laws, an end to additional taxes on their pay checks, an increase in pay, and retirement pensions. As of the publication of this report, at least 11 such protest rallies had been reported, with workers at the Sarkhas oil and gas sites in Abadan, southwest Iran, going on strike today.

Local farmers in Isfahan began protesting against the regime’s corrupt policies on Tuesday, demanding answers to dilemmas raised for years but left unanswered.

Iranian opposition President-elect Maryam Rajavi of the National Council of Resistance of Iran (NCRI), praised the brave people of Torbat-e-Jam and Taybad while condemning the mullahs’ regime for not only refusing to provide for the people’s basic necessities but also imposing a harsh crackdown on those demanding what any state should provide.

“Angry residents of Torbat-e Jam and Taybad attacked the Governor’s Office and other government buildings to protest a lack of gas and heating resources,” she continued. “27 of Iran’s provinces are experiencing sub-zero temperatures, even -20 degrees C. However, the corrupt regime is unconcerned about providing people with basic heating facilities. The only solution is an Iranian revolution to depose the mullahs and establish a free Iran and people’s sovereignty.”