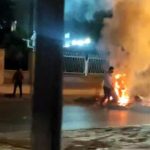 Iran: Severe gas shortages as protests continue across the nation

Written by Esmail Mohades on January 18, 2023. Posted in NEWS 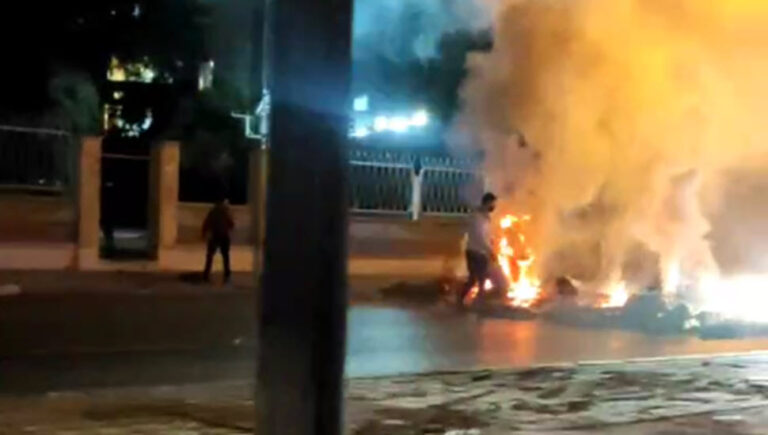 Iran’s protests are continuing, with more people taking to the streets at night to express their disdain for the mullahs’ regime and desire to overthrow it.

Protests have spread to at least 282 cities to this day. According to sources from the Iranian opposition People’s Mojahedin of Iran (PMOI/MEK), the regime’s forces have killed over 750 people and arrested over 30,000.

Meanwhile, the country is gripped by freezing cold temperatures, and the regime is too inept to provide even heating gas to tens of millions of people. Despite having the world’s second-largest natural gas reserves, Iranians are seen waiting in lines for cooking/heating gas in cities across the country. In the meantime, Hossein Amir-Abdollahian, the regime’s foreign minister, has been on a Middle East tour, visiting the mullahs’ allies and promising to meet their energy needs.

People protested the continued gas shortage outside the local governor’s office in Torbat-e-Jam on Monday morning. In this city, people were seen gathering outside a local Red Crescent branch in search of electric and kerosene heaters. There have also been reports of regime authorities dispatching numerous security units into the streets to prevent any potential anti-regime protests, as locals’ anger grows.

January 16 – Torbat-e-Jam, northeast #Iran
People are rallying outside the local governor's office protesting the continued gas shortage and the fact that their families are freezing in the winter cold.#IranProtests pic.twitter.com/uTQp6wDZOq

Protesters grew in number after dark outside the governor’s office and the regime’s Red Crescent branch. Protesters in the area began chanting anti-regime slogans such as “Death to Khamenei!” Authorities responded by deploying additional security personnel and even opening fire on the protesters.

Retirees and pensioners of the regime’s Social Security Organization were protesting low pensions and poor economic conditions in Shush, Khuzestan Province, southwest Iran. Officials from the regime refuse to address the pensioners’ demands.

In Tehran, family members of death row inmates protested the death sentences and demanded answers from regime officials on Monday outside the regime’s judiciary building. Workers at the OCDC company’s petrochemical site in Gachsaran of Kohgiluyeh and Boyer-Ahmad Province in southwest Iran gathered on Sunday and went on strike.

Hundreds of people have gathered outside the home of Molana Gergich, a senior figure in the local Baloch community, in Golestan Province, northeast Iran, to prevent authorities from transferring him following his summons by the regime’s Special Clerics Court.

“I have repeatedly stated that the IRGC is the main tool of the clerical regime for the suppression and plunder of the Iranian people, as well as the export of terrorism. The blacklisting of the IRGC as a terrorist entity is an urgent demand of the Iranian people, a prerequisite for Middle Eastern peace, and essential in the fight against terrorism. The IRGC should have been blacklisted years ago,” she emphasized.