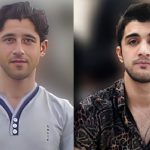 Written by Esmail Mohades on January 8, 2023. Posted in NEWS 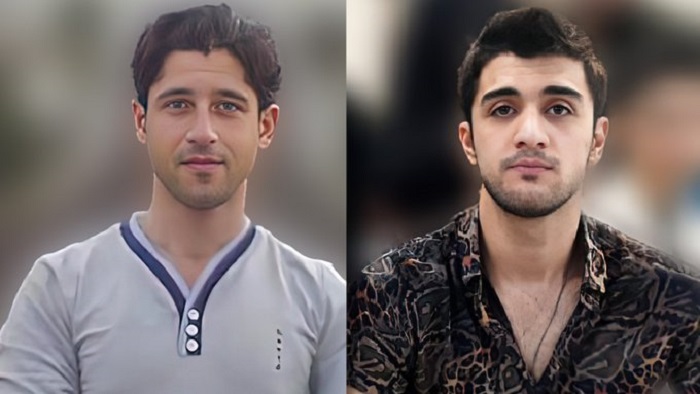 Both were charged with complicity in the murder of a Basij member in Karaj. According to the Iran Human Rights Society, a court sentenced them, along with 13 other minors and youth, to “corruption on earth” for the same charge after only six days of so-called judicial proceedings. Mohammad Hosseini’s public defender quoted him as saying that they were tortured into confessing to the killing.

According to Iran Human Rights Monitor, Mohammad Mehdi Karami, 22, was arrested and brutally beaten by security forces on November 5, 2022, and was presumed dead and left to die on the ground. When the agents discovered Mehdi was still alive, they took him away for interrogation and torture.

In the face of executions & massacres, which are the primary instruments of the religious dictatorship in #Iran, our people’s response can be summed up in Resistance Units, uprisings, and the great army of freedom for the clerical regime’s overthrow.#IranRevolution pic.twitter.com/Q7hGdRoDo5

Another protester, Mohammad Brughani, was charged with “Moharebeh” (waging war against God) after injuring a security officer and arson. His appeal was denied by the Supreme Court on January 2.

The Iranian regime is notorious for human rights violations, particularly the denial of due process to dissidents. Tehran literally uses ‘Kangaroo courts’ as a weapon, attempting to intimidate the public by parading beaten protesters on the court bench after extracting and airing their forced confessions on state TV.

Watch our latest and judge if Khamenei is gambling his own fate with the execution of #Mohsen_Shekari and other protesters who have been sentenced to death during #IranRevoIution2022. pic.twitter.com/8OlQ8EjHaV

According to human rights activists, approximately 100 protesters arrested during the nationwide uprising have been sentenced or are facing the death penalty. The Iranian opposition network, People’s Mojahedin of Iran (PMOI/MEK), has reported that more than 30,000 others are being held in the regime’s prisons and security safe houses.

Today, faced with a policy quandary regarding how to address their existential crisis, the ruling theocracy is divided into two opposing fronts. The executions were opposed by the majority of state officials, including top-ranking clerics from the Qom seminary, who went out of their way to refute the Qisas and Moharebeh charges. 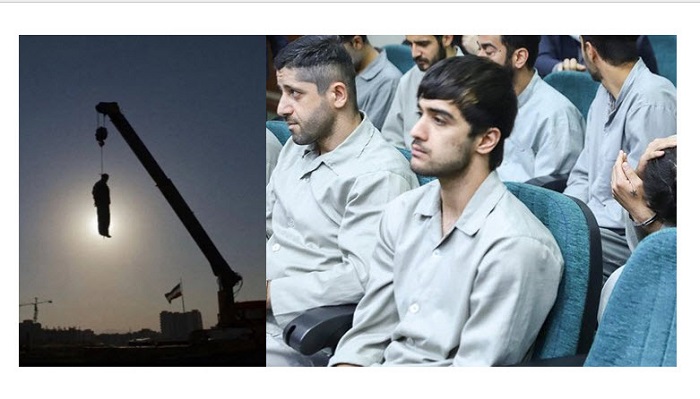 Others, closer to Supreme Leader Khamenei, have come out in support of the hangings, warning that anything less than “decisive action” will “embolden the rioters.”

Governments, NGOs, as well as a wide range of artists and celebrities, have all expressed their support for the national uprising on a global scale. Dozens of European lawmakers declared political support for Iranian protesters in order to protect them from execution.

While the Iranian regime has stifled any form of free expression or even protest, an entire nation devoid of sociopolitical liberties and economic security has no choice but to rise up and revolt. If the rest of the world is concerned, it is past time to help the Iranian people depose their dictators.