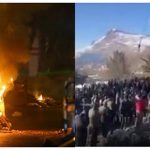 Iran’s uprising continues for 104 days in a row, with mourning gatherings evolving into anti-regime protests

Written by Amineh Qaraee on December 31, 2022. Posted in NEWS 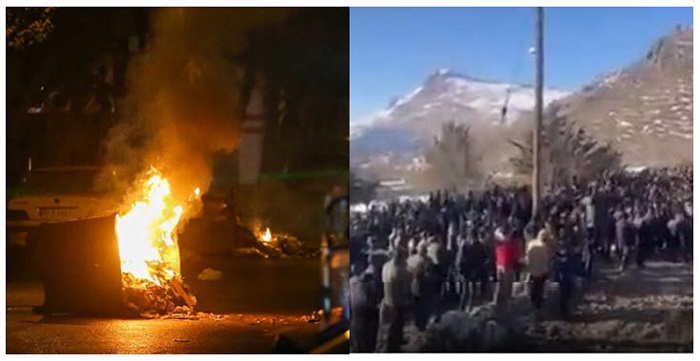 While memorial services have been held in Iran for as long as anyone can remember, Iranians have also long used these occasions as rallies to protest the mullahs’ rule.

On December 28, the Iranian people continued their nationwide uprising for the 104th day, following the death of Mahsa Amini, a 22-year-old woman arrested by morality police in Tehran on September 13 for allegedly violating the country’s strict dress code for women. Protests erupted in response to the event, which has since spread to at least 280 cities. According to sources from the Iranian opposition People’s Mojahedin of Iran (PMOI/MEK), the regime’s forces have killed over 750 people and arrested over 30,000. The MEK has released the names of 601 protesters who were killed.

Such events, known as mourning scenes, see brave Iranians chanting anti-regime slogans to express their hatred for the mullahs, specifically regime Supreme Leader Ali Khamenei, and renewing their pledge to overthrow the regime in its entirety.

People in Mashhad, northeast Iran, took to the streets on Wednesday night, chanting anti-regime slogans such as “Death to the dictator!” in reference to Khamenei. Similar protests were witnessed and reported in Tehran’s Aryashahr, Saadatabad, and Ferdows districts.

Local investors took to the streets on Wednesday morning in Bahmai, Kohgiluyeh & Boyer Ahmed Province, southwest Iran, demanding answers from the Puyesh investing company regarding their lost and/or stolen savings.

Locals gathered in a village near Mahabad to commemorate the 40th anniversary of Mehran Rahmani’s murder by the regime’s oppressive security forces. On November 18, Rahmani was killed when regime security forces opened fire on protesters in this city.

In Tehran, merchants and storeowners in the capital’s Aladdin district are closing their doors and going on strike to protest the country’s national currency, the rial, against the US dollar. Locals in Sanandaj, the capital of Kurdistan Province in western Iran, are on strike and continuing nationwide protests against the regime, supporting colleagues whose businesses have been closed down by authorities.

In other news on Wednesday, residents in Saqqez, Mahsa Amini’s hometown, were said to be continuing the nationwide protests. Workers at a local petrochemical plant in Ilam, western Iran, went on strike today to protest the dismissal of one of their colleagues, Arash Tabarrok, which resulted in his suicide. In the southern Iranian city of Bandar Abbas, people have been reporting a severe shortage of diesel fuel in gas stations for several days. This crisis is wreaking havoc on the country’s truck fleet.

December 28 – Saqqez, #Iran
Locals continuing the nationwide protests against the regime on the 104th day of the uprising.#IranRevolution2022#مرگ_بر_ستمگر_چه_شاه_باشه_چه_رهبر pic.twitter.com/hwIeYiv1w4

Iranian opposition President-elect Maryam Rajavi of the National Council of Resistance of Iran (NCRI) emphasized that the Iranian people are determined to overthrow the mullahs’ dictatorship despite their suffering over the last 104 days and 43 years.

“Forty days after Aylar Haghi’s murder, the brave people of Tabriz renewed their vows at her tomb, chanting ‘Khamenei is a murderer!'” His rule is unconstitutional!’ “Iran’s brave youths will soon overthrow religious fascism and establish democracy and people’s sovereignty,” the NCRI President-elect stated.