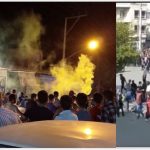 New round of nightly protests across several cities, as Iranian uprising continues

Written by Mohsen Aboutalebi on December 27, 2022. Posted in NEWS 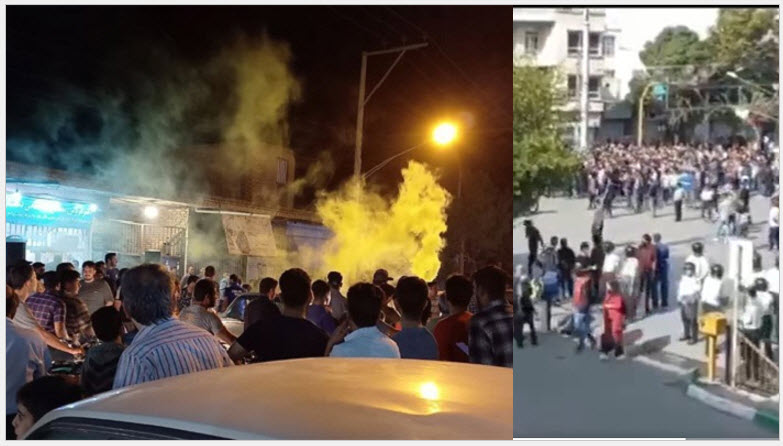 According to the latest reports protesters in at least 280 cities throughout Iran’s 31 provinces have taken to the streets for 101 days now seeking to overthrow the mullahs’ regime. Over 750 have been killed by regime security forces and at least 30,000 arrested, via sources affiliated to the Iranian opposition PMOI/MEK.

On Sunday, Iran’s nationwide uprising reached its 101st day, with a new round of nightly protests by people from all walks of life in cities across the country. Many cities, including Tehran, Mashhad, Sanandaj, Isfahan, and Bandar Abbas, braved the bitter winter cold and snowfall to launch anti-regime protests with slogans such as “Death to Khamenei!”

Protests in Iran have now spread to at least 280 cities. According to sources from the Iranian opposition People’s Mojahedin of Iran (PMOI/MEK), the regime’s forces have killed over 750 people and arrested over 30,000. The MEK has released the names of 601 protesters who were killed.

According to early Sunday morning reports, merchants and store owners in the northwest Iranian city of Bukan are on strike in solidarity with the nationwide uprising against the mullahs’ regime.

A large crowd gathered in Bukan to remember protesters killed by security forces during the nationwide uprising. Protesters chanted, “Martyrs don’t die!” as the gathering turned into an anti-regime rally.

On the 40th day following the death of Borhan Karami, another protester killed by security forces, there was another protest rally held close to Kamyaran. Protesters vowed to continue the path of the martyrs of the revolution.

Employees of the local Real Estate Registration Organization went on strike across the country on Saturday morning.  A group of students held a protest rally in Tehran’s Tehranpars district, chanting “Death to the dictator!”

In other news from Tehran, residents began chanting anti-regime slogans in the City Theater Metro Station, prompting security forces to fire tear gas into the building. Protesters in Tehran’s Narmak district took to the streets as well, chanting, “Khamenei, you dictator! We will bury you!”

Similar protests were reported in Saqqez, Mahsa Amini’s hometown in Kurdistan Province, western Iran. Mahsa Amini was a victim of Tehran’s ruthless morality police. She was a Kurdish ethnic minority member from Saqqez, a town in northwest Iran. She was savagely beaten by morality police and died of her injuries in a Tehran hospital on September 16.

Demonstrations of a similar nature were reported in Bandar Abbas, southern Iran, and other cities and towns. This is yet another proof of the Iranian people’s determination to continue these rallies despite all of the mullahs’ crackdown measures, let alone the recent executions of two protesters and death sentences issued for many others arrested for participating in the uprising.