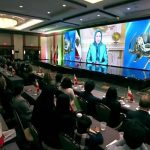 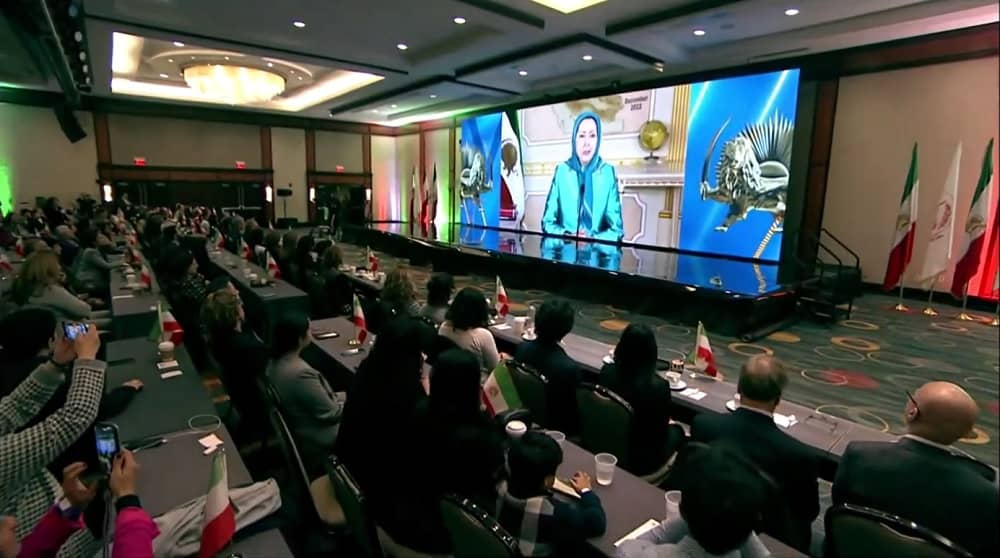 During the conference, its speakers delivered policy recommendations on the Iranian revolution and the international community’s role in supporting the Iranian people’s legitimate demand for regime change.

On Saturday, renowned American politicians gathered in Washington, D.C., to show their support for the nationwide Iranian uprising. President-elect Maryam Rajavi of the National Council of Resistance of Iran (NCRI), was the keynote speaker at the event, which was organized by the Organization of Iranian-American Communities (OIAC).

The conference and its speakers delivered policy recommendations on the Iranian revolution and the international community’s role in supporting the Iranian people’s legitimate demand for regime change.

“The uprising is focused on rejecting the regime in its entirety,” Dr. Soolmaz Abooali said in her opening remarks. They have also stated unequivocally that they do not wish to return to the tyranny of the Shah. The Iranian people are optimistic about the future. Women have played an important leadership role in this uprising. Gen Z is also taking the lead in the uprising. Many of these young people have decided to join the Resistance Units.”

.@mikepompeo: Tehran wants to discredit the #IranRevoIution by painting them as driven by foreign agitators. It is not so. They're saying that they are advocating for the return of others of other dictatorships; this is not so either. They want freedom. https://t.co/df0XECwPRM

“Today, the world is suffering from terrorism, war, and insecurity as a result of religious tyranny in Iran, but our message today is that Iran’s uprising bears a gift for the Middle East and the world: peace, friendship, and peaceful coexistence,” Mrs. Rajavi continued. “Iran’s people have risen to defeat the monster of repression and terrorism. They have chosen to pay the price of liberty in blood. ‘May the world rise in unity.’”

Former US Secretary of Commerce Gary Locke recognized the Iranian Resistance as a viable alternative to Iran’s clerical regime and urged the US to assist the Iranian people: 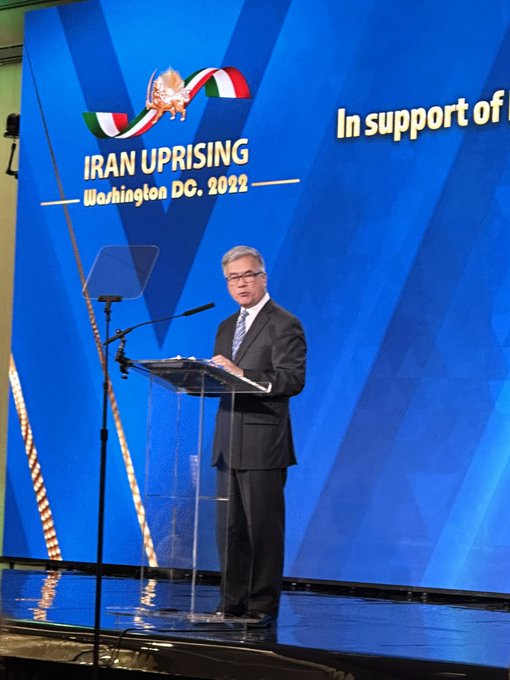 Gary Locke: “Mrs. Rajavi has proposed a ten-point plan for the future of Iran, which is governed by the rule of law, which is so fundamental to a free and just society. This plan has been endorsed by over 250 Democrats and Republicans in the United States Congress.

“The United States of America must stand in full solidarity with the people of Iran and fully support their desire to be a free people. You are leading a valiant revolt against a corrupt and brutal regime,” he concluded.

“The world is finally waking up to the fact that the regime does not represent the people of Iran. Iran’s future is not with the radical theocratic regime that came to power in 1979. It is up to the brave protesters who have been demanding basic freedoms and calling for the end of this regime for months,” said former Secretary of State Mike Pompeo.

“These uprisings shook the regime’s very foundations. The Iranian people have given up hope on elections presided over by the Ayatollah. They don’t see it as a vehicle for change, and they are absolutely correct. The regime is now at the most precarious point in its 40-year history. Iranians can see the regime’s failure to deliver on the promise that the regime made, not just in Tehran, but throughout the country. 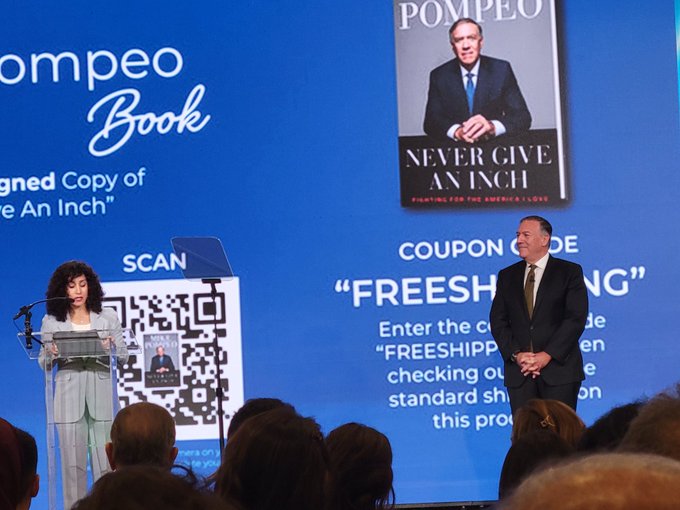 Mike Pompeo: “All of us must be prepared to stand with our partners and allies against the regime’s threats,” he continued.

“Today marks the culmination of 40 years of work and 40 years of resistance to the regime’s brutal repression. I can feel it, you can see it, and the rest of the world can see it, and the movement we are witnessing today is clearly distinct from previous events. The Ayatollah sees it as well: women-led uprisings spearheaded by Iranian youth.”