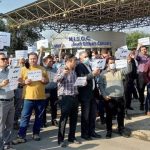 Written by Amineh Qaraee on December 19, 2022. Posted in NEWS 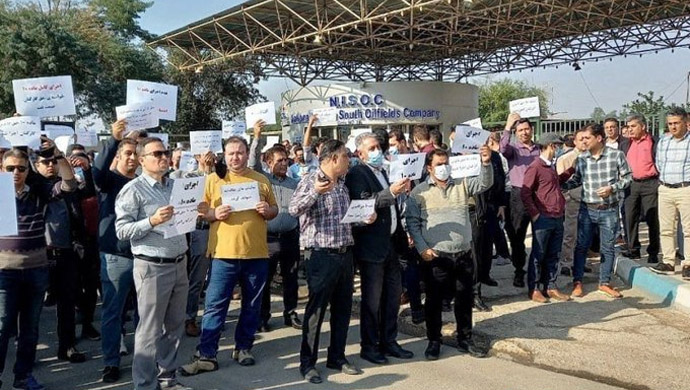 According to the latest reports protesters in at least 280 cities throughout Iran’s 31 provinces have taken to the streets for 93 days now seeking to overthrow the mullahs’ regime. Over 700 have been killed by regime security forces and at least 30,000 arrested, via sources affiliated to the Iranian opposition PMOI/MEK.

Iran’s nationwide uprising is on Saturday marking its 93rd day, following the death of Mahsa Amini, a 22-year-old woman arrested by morality police in Tehran on September 13 for allegedly violating the country’s strict dress code for women. Protests erupted in response to the event, which has since spread to at least 280 cities. Over 700 people have been killed and more than 30,000 are arrested by the regime’s forces, according to sources of the Iranian opposition People’s Mojahedin of Iran (PMOI/MEK). The names of 596 killed protesters have been published by the MEK.

Hundreds, if not thousands, of people marched in the restive province of Sistan and Baluchestan, including the cities of Zahedan, Chabahar, and Rask. Authorities had taken extensive measures, beginning on Thursday, to prevent locals from protesting. The people, on the other hand, stood firm and continued to pursue their political goals against the ruling regime and its oppressive forces.

Many employees and workers in Iran’s oil and gas industry went on strike again on Saturday. Protests have been reported in the cities of Ahvaz, Asaluyeh, Mahsahhr, Gachsaran, Mahmoud Abad, Khark Island, Bijar, and others.These strikes, as well as others initiated by storeowners and bazaar merchants, cause significant turmoil among regime officials, especially since the mullahs’ economy has been losing momentum and the rial – the national currency – has recently nosedived.

Students at universities and high schools across the country have also been boycotting classes in order to demand the return of their suspended classmates and the release of students detained as political prisoners.

Unrest was reported today at Karaj Central Prison, located west of Tehran, Iran’s capital. Inmates in Hall 3 began chanting “Death to Khamenei!” and “Death to the dictator!” in response to the transfer of four death row inmates for execution.

According to reports, four inmates from halls 2, 3, and 5 were summoned to be transferred to solitary confinement in preparation for their executions. The Head of the regime’s judiciary in Alborz Province said one prisoner died as a result of today’s unrest and blamed the inmates for “throwing rocks”. Several inmates were injured, and two were taken to hospitals, he added. Gunfire could be heard outside the prison as the regime’s security forces opened fire on the prisoners.

A large number of security units were stationed outside the prison, and families of inmates were not permitted to enter the prison area to inquire about their loved ones. From the start of the unrest, phone lines were down.

Iranian opposition President-elect Maryam Rajavi of the National Council of Resistance of Iran (NCRI) praised Iran’s brave Baluchi community for persevering in their anti-regime protests despite all odds and the mullahs’ extensive crackdown measures.

“Our Baluch compatriots, especially the brave women of Zahedan, reiterated their call for justice for the martyrs in the fourth month of Iran’s protests with chants of ‘Behind every person killed another thousand will rise. They vowed to continue the Iran revolution until the regime is overthrown. All the people of Iran, including Turks, Lors, Arabs, Kurds, Baluchis, and Fars are resolved to destroy the mullahs’ regime and they shall overcome,” the NCRI President-elect emphasized.