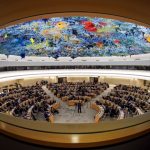 Iranian regime expelled from UN Commission on the Status of Women 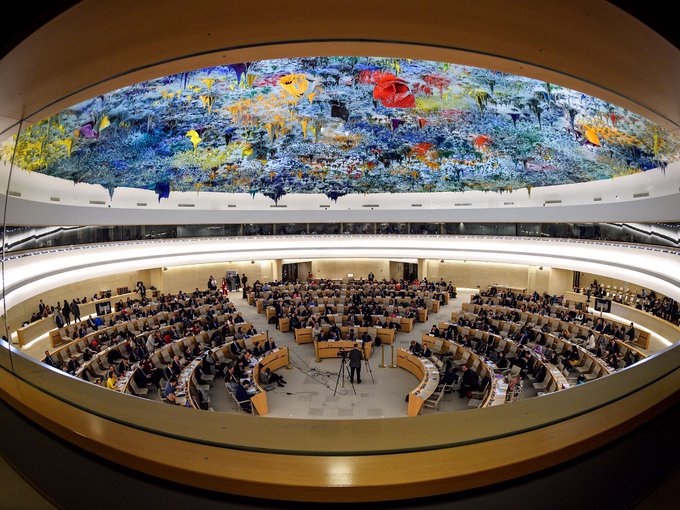 On Wednesday 12 Dec. the Economic and Social Council of the UN General Assembly voted to expel the mullahs’ regime from the UN Commission on the Status of Women. The resolution was approved in the midst of the women-led revolution in Iran.

On Wednesday, the Iranian people continued their nationwide uprising for the 90th day, following the death of Mahsa Amini, a 22-year-old woman arrested by morality police in Tehran on September 13 for allegedly violating the country’s strict dress code for women. In response to the event, protests erupted in at least 282 cities. According to sources from the Iranian opposition People’s Mojahedin of Iran (PMOI/MEK), the regime’s forces have killed over 700 people and arrested over 30,000. The MEK has released the names of 580 protesters who were killed.

Locals in several parts of Tehran, including Mashhad, Majidreza Rahnavard’s hometown, and other cities were seen protesting the mullahs’ rule and the two first state executions, both on the mullah-fabricated charge of “Moharebeh,” or “waging war against God.”

People gathered in Tehran to commemorate the seventh day of Mohsen Shekari’s execution by the mullahs’ regime and began chanting anti-regime slogans.  Protesters in Firuzabad, near Shiraz, a major city in south-central Iran, set fire to a base of the regime’s IRGC paramilitary Basij units early Wednesday morning local time.

The Iranian opposition President-elect Maryam Rajavi of the National Council of Resistance of Iran (NCRI), welcomed the regime’s removal from the CSW. “The religious fascism ruling Iran has arrested, tortured, and executed thousands of female political prisoners in the past four decades, and in the past three months alone, during the uprising, it has killed at least 61 women and 70 children in the streets,” she said.

“I welcome today’s vote to kick Iran [regime] off the UN Commission on the Status of Women. The regime should have never been in the body, to begin with, due to its horrific treatment of women and girls,” said Senator Jim Risch. “The U.S. continues to support the Iranian people in their aspirations for freedom.”

BREAKING: UN Special Rapporteur on Iran calls to oust regime from UN Women's Rights Commission ahead of today's vote. @JavaidRehman: “They have violated the rights of girls and women in such a blatant manner.” This gives critical UN legitimacy & momentum for @USUN's resolution. https://t.co/uMkMro6aYc pic.twitter.com/ny1HTMWaom

On December 13, over 200 members of the House of Commons and House of Lords called on the UK government to support the uprising and democratic change in Iran, blacklist the Revolutionary Guards and Intelligence Ministry shut down the regime’s embassy in London, and expel the regime’s agents, diplomats, and spies from the UK.

They are standing up to the authoritarian regime under which they live. Sadly, the regime has responded in the only way it knows: with violence. The UK is committed to holding Iran to account, including with more than 300 sanctions including the sanctioning of the Islamic Revolutionary Guard Corps in its entirety. We will continue to work with partners to challenge the regime’s aggression at home and its disruptive behavior in the region.” 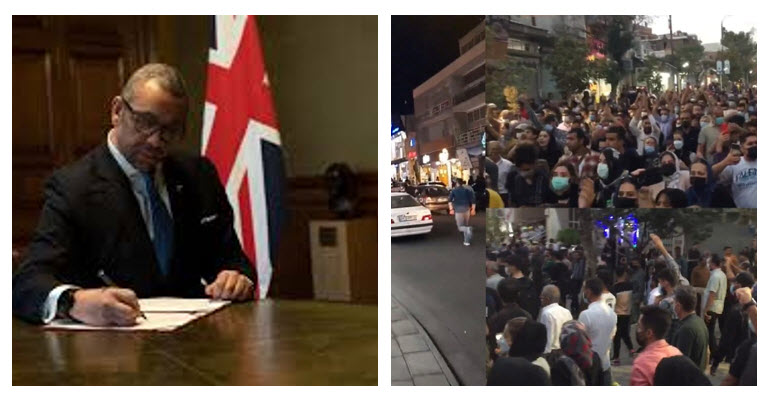 Secretary of State for Foreign, Commonwealth, and Development Affairs, Mr. James Cleverly stated: “These protests in Iran are a watershed moment. After years of repression, the Iranian people have clearly had enough.

Moreover, the Italian foreign minister has summoned the new Iranian ambassador to condemn “in the strongest terms” the ongoing violation of fundamental rights and freedoms in Iran.