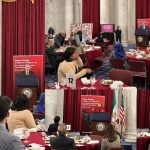 Iran: OIAC conference with American lawmakers in support of the Iranian’s uprising 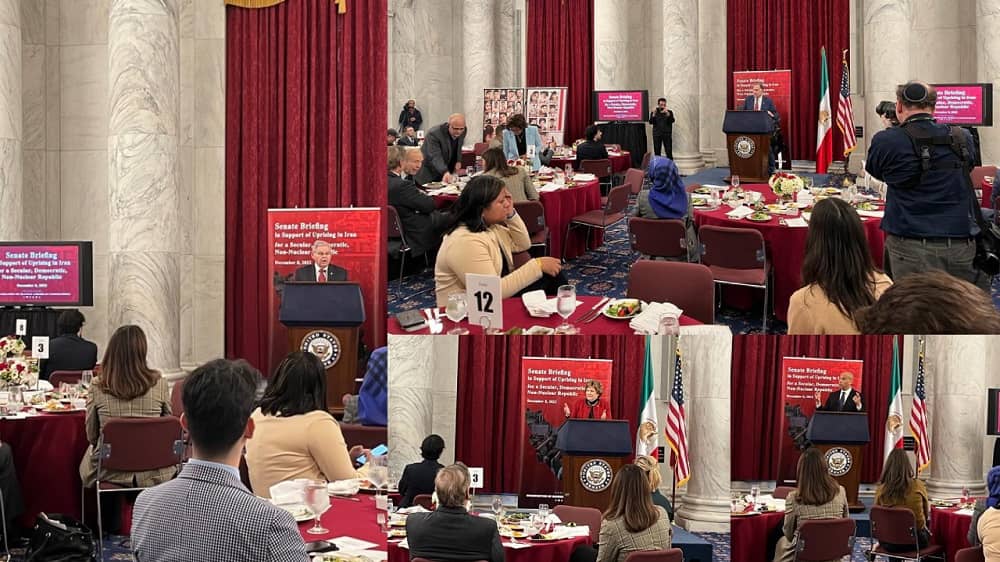 On Thursday, December 8, the Organization of Iranian American Communities (OIAC) hosted a bipartisan congressional briefing with a group of US Senators who expressed their unequivocal support for the Iranian people’s uprising, which has lasted despite the regime’s heavy crackdown over the last three months.

Three prominent American figures attended this event: former Senator and presidential candidate Joe Liberman, former Senator Kelly Ayotte, and Ambassador Marc Ginsberg. Iranian opposition President-elect Maryam Rajavi of the National Council of Resistance of Iran (NCRI),, delivered a video message to the conference.”The time has come for the US Senate to recognize the Iranian people’s struggle to overthrow the regime and the legitimate right of Iranian youths to fight the IRGC,” Mrs. Rajavi said.

For the overthrow of the regime, the Iranian people and Resistance only rely on their own sacrifice and uprising
(Message to conference held at the US Senate in support of the Iranian people’s uprising)#IranRevolution pic.twitter.com/je0Kqi5wEI

Mrs. Rajavi highlighted, “Our people are paying with blood the price of fighting a regime with which the world is fed up.  Why are the governments and international institutions not taking any steps except issuing ineffective statements? Why a child-killing regime that brutally represses women and imposes discrimination against them is a member of the UN institutions? Is this not an insult to humanity? The regime’s membership in the Commission on the Status of Women and its membership in UNICEF should be terminated immediately.

Fortunately, the process of expulsion from the CSW is underway. The Iranian Resistance expects the US Senate to lead an initiative to expel the regime from UNICEF. It is time for the United States and its allies in the P5+1 to, instead of continuing negotiations which will only serve the regime’s criminal policies, impose all the UN Security Council resolutions against the regime and return the sanctions without delay.”

The following are excerpts from remarks made by prominent US Senators and participants in support of a free and democratic Iran: “We’ve seen in the street that there are people from all walks of life protesting, whether it’s the universities, the villages, the cities, different areas, the Kurds, people are coming together,” said former Senator Kelly Ayotte (R-NH). “This is a unified revolution that has taken a long time to develop. You all know that because you have been working on this for a long time, for decades. And now is the time to stand in solidarity with the Iranian people. Day 84 of the uprising. They are chanting, ‘Death to Khamenei, death to the oppressor, whether it be the shah or the supreme leader.’”

“This is an irreversible uprising that has spread across every city and province,” said Ambassador Marc Ginsberg. And, ladies and gentlemen, Ayatollah cannot turn back the clock and put a stop to it this time. They may be able to murder their way to silence the protestors, but they will not be able to suffocate the fight for freedom.”

Former Connecticut Senator Joseph Lieberman (D) underlined, “With each passing day, the torch of the MEK shines brighter in my opinion. The organization gives us hope that the current regime will be deposed and that when it is, there will be leaders ready to lead Iran into a free and democratic future.