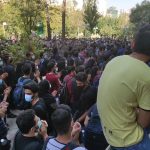 The importance of university students in the ongoing Iranian uprising 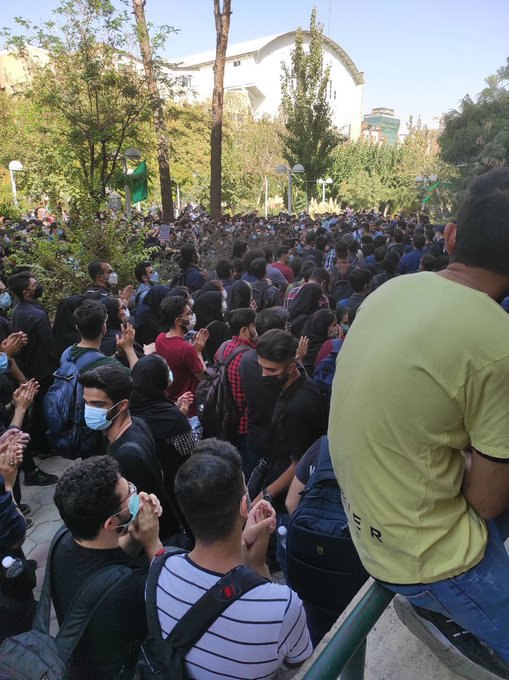 During the mullahs’ reign, Iran’s student movement experienced ups and downs. Because of the harsh repressions in the years following the July 9, 1999 attack on the Tehran University campus, a portion of the student movement faded away.

On September 18, 2022, student protests began following the death of Mahsa Amini, who was killed by the regime’s morality police. The first gathering began with a mass sit-in by students from Tehran University’s Faculty of Fine Arts. Finally, other cities’ universities joined the protests on September 29. So far, 143 cities have joined the protesting universities. Some of the main protest slogans include ‘death to the dictator,’ ‘death to Khamenei,’ ‘freedom, freedom, freedom,’ and ‘death to the oppressor, whether the shah or the [supreme leader].

To seize control of the universities at the time, the regime flooded them with students from its paramilitary force, the Basij. During the scandalous regime’s presidential election in 2009, students and other strata once again took to the streets and joined nationwide protests, demonstrating the regime’s failure to change the structure of the country’s universities in its favor.

In the November 2019 protests, students were at the forefront of the demonstrations. With the emergence of nationwide protests, a new wave of student movements has emerged.

Because of its nature, the religious dictatorship fears the radicalization of universities; thus, it has used a variety of methods, ranging from threatening and arresting students to attacking universities, to prevent students from joining protests and taking the lead.

Concurrently with the rise in student protests, the ‘Student Disciplinary Code of Conduct was revised in November 2022 and notified to universities on November 22.

Among the most significant changes in this code were the following: Intensification of punishments related to the rules of covering and hijab, removal of the right of students to see the case documents, requiring permission for social groups of more than 100 people, making it legal to inform the family about the details of the case, changes in political violations and the intensification of their punishments.

Concurrent with the revision of the student disciplinary code, the regime’s MP proposed on November 22 that, if approved, protesting students be barred from traveling abroad for ten years.

Furthermore, according to human rights activists, 584 students were arrested between September 17 and December 2. There is no precise count of those who may have been killed. So far, the People’s Mojahedin of Iran (PMOI/MEK) has published the names of some of these students, and there have been 700 deaths and over 30,000 arrests.