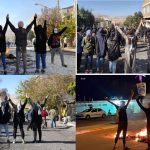 Iranian regime is growing fearful of MEK, as protests continue to spread across the nation

Written by Mohsen Aboutalebi on December 3, 2022. Posted in NEWS 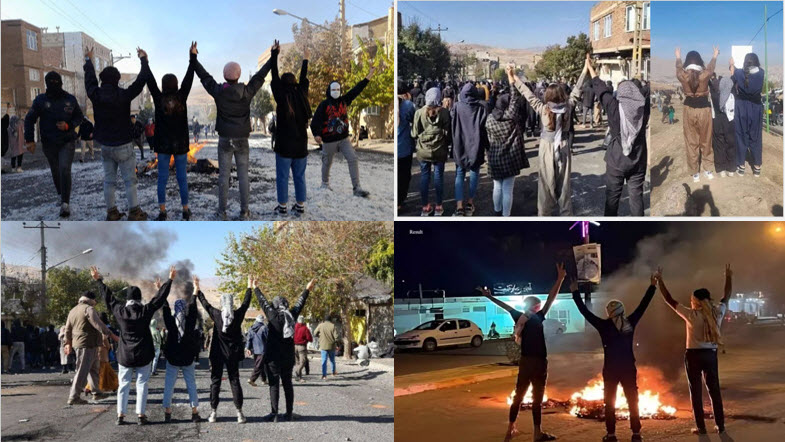 “The MEK had fully entered the scene. They sought to take advantage of the victims and use their full media potential. Unfortunately, some naïve people fell into this trap, and the system received major blows,” Mohammad Dehgan, Ebrahim Raisi’s legal advisor, said on November 28, according to the state-run Mehr News Agency.

Protests continue to erupt across Iran, despite numerous attempts by authorities to put an end to them. The persistence of what many regards as Iran’s new democratic “revolution” disproves the notion that these protests are all unorganized or leaderless. Indeed, as the uprising continues, officials, including top military commanders and the regime’s president, Ebrahim Raisi, recognize the role of Iran’s organized opposition group, the People’s Mojahedin of Iran (PMOI/MEK), particularly the recognizable pattern of courageous confrontation with security forces by the MEK’s “Resistance Units.”

“Be aware that the MEK has established suspicious communications with you, requesting actions such as carrying out sabotage actions, setting fire to places, signs, and symbols, writing graffiti, taking photos and filming specific military and religious places, or holding gatherings and demonstrations, and so on. As a result, notify the nearest IRGC intelligence unit or the IRGC Intelligence Organization’s News Headquarters,” the statement said.

Although authorities attempt to downplay the nationwide uprising and portray protesters as foreign agents, they are not afraid to express their utter fear of the regime’s archenemy. 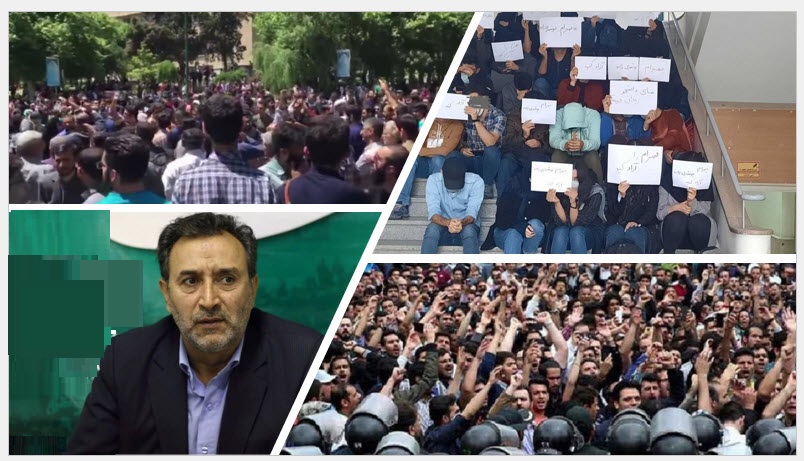 “The enemy has been looking for a new way to carry out its devilries, both inside and outside the country, for the past 70 days. Today is the day of sacrificing everything for the holy state,” IRGC Brig. Gen. Ali Fadavi, the IRGC’s deputy commander, said on November 26, according to the state-run Entekhab website.

The armed forces’ spokesperson, IRGC Brig. Gen. Abolfazl Shekarchi clarified the regime’s “enemy” that Fadavi warned about. “We will not back down in the face of the MEK, and we will defeat them. We vow to defend this system against them at any cost,” he said on November 26, according to the Entekhab website.

As the protests continue, regime officials gradually stop making bogus claims of “victory,” and their fearful tone, combined with endless warnings that the uprising “continues,” is telling. The regime’s survival is at stake, and maintaining religious fascism comes at a high cost. As a result, regime officials have increased their anti-MEK rhetoric in order to help their forces understand the gravity of the situation. In an effort to reduce the rising trend of defiant youth joining the MEK’s Resistance Units network, state TV airs propaganda films aimed at tarnishing the MEK’s image.

#Iran mullahs' different apparatus of intelligence issue warnings against tuning in to #MEK guidance and directives during #IranRevolution2022 .
Do you go out and put your life in danger upon a simple telephone call?
No, unless the call's from someone you absolutely trust. pic.twitter.com/EXkCE72gFA

On October 23, Mahmoud Hosseini-Pour, governor of Mazandaran province in northern Iran, warned officials “who sit and analyze the situation, attempting to figure out what happens” once the regime falls, reminding them that “the enemy will punish you first” once the revolution is over.

While Iran’s ruling theocracy openly admits its fear of the Iranian Resistance, its apologists and long-time supporters abroad continue to portray the MEK as a “fringe grouplet” with “little to no popular support” and to tarnish the image of the regime’s viable alternative. They reveal their true colors by arguing that they would rather the regime remain in power than the Iranian people and their organized Resistance achieve their goal.

Nonetheless, these desperate efforts would not extend the regime’s life, as Iranians and their opponents are determined to end forty years of misery and crime.