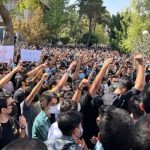 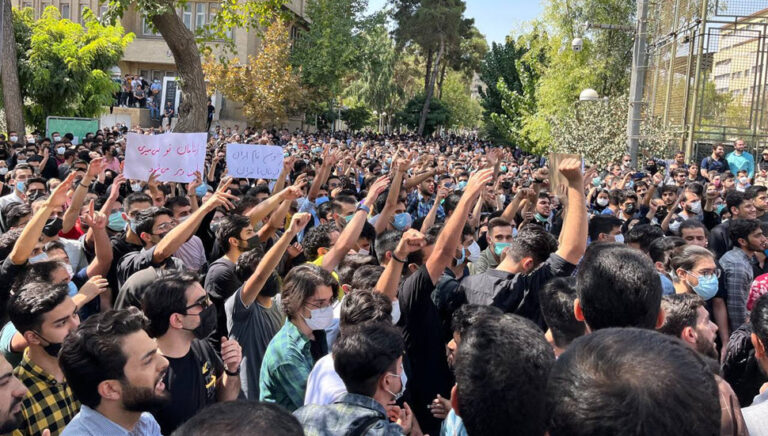 According to the latest reports protesters in at least 250 cities throughout Iran’s 31 provinces have taken to the streets for 70 days now seeking to overthrow the mullahs’ regime. Over 640 have been killed by regime security forces and at least 30,000 arrested, via sources affiliated to the Iranian opposition PMOI/MEK.

On Thursday, Iran’s nationwide uprising will mark its 70th day, following a day of nonstop protests in many cities. Protests in Iran have now spread to at least 252 cities. According to sources from the Iranian opposition People’s Mojahedin of Iran (PMOI/MEK), the regime’s forces have killed over 660 people and arrested over 30,000. The MEK has released the names of 516 protesters who were killed.

The mullahs’ regime has launched lethal crackdown measures against the Iranian people in the last week, focusing specifically on Kurdish cities and resorting to severe internet disruptions to conceal its crimes against humanity. The Islamic Revolutionary Guards Corps (IRGC) and the regime’s other security forces have been committing atrocities in the cities of Javanrud and Piranshahr, opening fire and using heavy, high-caliber machine guns against defenseless civilians, killing and injuring dozens.

Noble merchants and store owners in numerous cities continued their general strike on Wednesday morning to condemn the regime’s heinous atrocities. Kurdistan University professors and students walked out of class today to protest the regime’s bloody crackdown on Kurdish cities. Workers from the South Aluminium Corporation and the Bahman Diesel Company also went on strike in similar protests.

Students at Tehran’s Amir Kabir University boycotted classes to protest the arrest of a large number of their classmates by the authorities, chanting anti-regime slogans. “Poverty! Corruption! Injustice! They chanted, “Down with this tyranny!”

On Thursday, the United Nations Human Rights Council held its first-ever special session, focusing on the mullahs’ regime and the atrocities committed by its forces against the Iranian people during recent protests. The Council voted 25-6 to condemn the mullahs’ regime in Iran for human rights violations and to launch the first-ever investigation into crimes committed by this regime and its forces against the Iranian people.

At the same time, British lawmakers participated in a cross-party conference on Iran’s ongoing nationwide uprising, pledging support for the Iranian people and their organized Resistance movement. Mrs. Marayam Rajavi, President-elect of the National Council of Resistance of Iran (NCRI), and prominent British lawmakers and distinguished politicians spoke at the event, expressing their support for the Iranian people.

Conference at the Parliament of Canada- "The nationwide uprising of the Iranian people for a democratic republic and against the misogynist regime"#IranRevolution https://t.co/RjairLIrGm

“Today, Iran is going through a critical moment in its history. The Iranian people’s desire, especially women, is highlighted in their slogans. They want to overthrow the entire regime,” she said to a group of Canadian parliamentarians on Tuesday.

The NCRI President-elect also attended a conference at the Federal Parliament of Belgium titled “Iran’s Uprising for a Democratic Republic.” It was presided over by Els Van Hoof, Chair of the Foreign Affairs Committee, and focused on the Iranian people’s ongoing uprising for a democratic republic.

“We are in the third month of uprisings. Despite brutal repression, the regime has been unable to quell protests,” Mrs. Rajavi explained. ” Iranians of all backgrounds and ethnicities, both men and women, have joined and united. Women, who are systematically suppressed by the regime, are the vanguards of protests.”