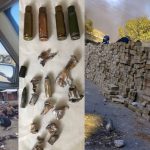 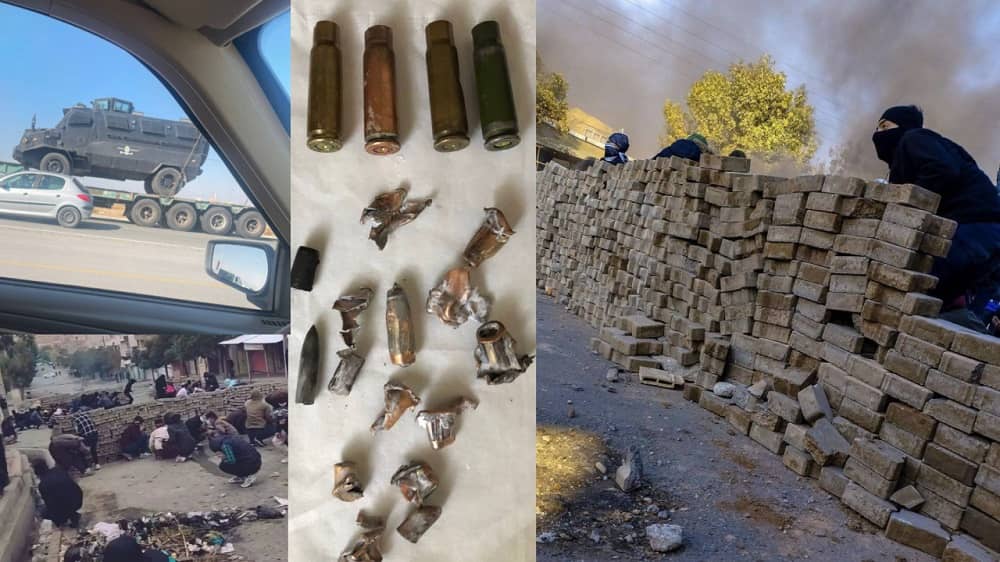 On Monday evening, November 21, the 67th day of the uprising, suppressive forces, and special units attacked Mahabad, which had become the site of massive public protests following the funeral procession of Kamal Ahmadpour.

. Armed with military equipment and armored vehicles, the regime forces stormed the city and immediately started firing at civilians and aiming for their homes. The sound of gunfire could be heard throughout the city. The regime also turned off the city’s power. People protested in various parts of Tehran at night, chanting “Death to Khamenei” and “Death to the dictator.” People in Garmsar engaged in hit-and-run clashes with suppressive agents, yelling at them, “Shame on you, shame on you.”People gathered in the streets of Malekan in East Azerbaijan province at night and chanted anti-Khamenei slogans. In Bonab, protests were held every night.

In Kurdistan province, the suppressive forces opened fire on a mass protest in Divandareh at noon, killing and injuring several protesters. People in Marivan lit a fire in the streets at night and staged protests. They set fire to the statue of former Quds Force Commander Qassem Soleimani. The regime’s forces used live ammunition against protesters in the cities of Sanandaj and Marivan.

Protesters clashed with suppressive forces in Sanandaj’s Baharan, Vilashahr, and Maskan-e Mehr, chanting “Death to the dictator” and “Death to Khamenei.” Agents in plainclothes attacked Shahrak-e Vilashahr, causing damage to people’s homes and vehicles.Paveh residents held nightly demonstrations in Kermanshah province, forcing suppressive forces to flee. Kangavar residents held nightly protests, chanting, “Have no fear, we are all together.”

Protests and clashes with suppressive agents were witnessed in Ardabil province’s city of Ardabil. The 40th anniversary of the martyrdom of Asra Panahi, a 16-year-old female student, was also commemorated. The people of Golpayegan in Isfahan province held nightly protests, chanting, “We shall fight, we shall die, and we shall take Iran back.”In Ilam province, in the city of Murmuri of Abdanan county, a large crowd protested on Saturday morning and continued until late at night.

Many government offices and revolutionary institutions were attacked by rioters in the center of Kalat Murmuri district, and these people used incendiary materials in their attacks on parts of the district administration building, municipality, agent banks, Agricultural Jihad, and the Post Office,” the Governor of Abdanan said on November 19.

After the funeral procession of the slain Sajjad Qaemi in Fars province’s Keshan (Golshan) neighborhood of Shiraz, people staged a protest chanting “Death to Khamenei.” As the crowd moved towards the ring road, plainclothes agents and motorcyclists waiting for them opened fire at close range, killing and injuring a number of protesters.

The city of Lahijan in Gilan province witnessed nightly protests with chants of “Death to the dictator” heard from all over the city. People in Mahalat, Central Province, held nightly demonstrations and set fire to a billboard depicting Ali Khamenei on the Saveh highway.