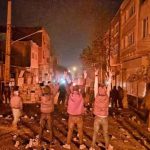 Iran: Widespread protests continue for 63 days in a row 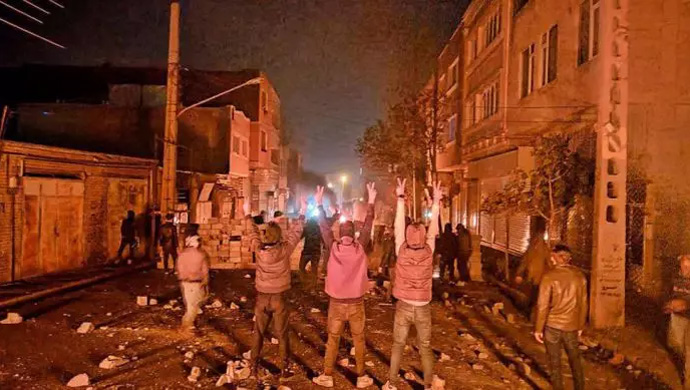 Protesters across the country are specifically seeking to destabilize the mullahs’ regime, as evidenced by nationwide slogans such as “Death to Khamenei!” “The dictator must go!”

November 20 marked the 63th day of anti-regime protests in Iran, following the death of Mahsa Amini, a 22-year-old woman arrested by morality police in Tehran on September 13 for allegedly violating the country’s strict dress code for women. Protests erupted in response to the event, which has since spread to at least243 cities. According to sources from the Iranian opposition People’s Mojahedin of Iran (PMOI/MEK), the regime’s forces have killed over 600 people and arrested over 30,000. The MEK has released the names of 485 protesters who were killed.

Merchants in Tehran and at least 45 other cities across the country went on strike, while students at many universities boycotted classes in solidarity with the Iranian people’s nationwide uprising. The famous Isfahan steel mill, once the largest in the Middle East, was on strike for the second day.

On Wednesday, locals gathered in Kamyaran to mourn the death of Foad Mohammadi, who was shot and killed by security forces two days ago. To prevent mass protest rallies, Iranian authorities forced his family to bury him in the middle of the night on Tuesday. But the citizens showed up the next morning and held a massive rally, vowing to continue his path and chanting anti-regime slogans. Security forces opened fire on protesters in an attempt to disperse them. But the people stood firm and resisted with their bare hands, forcing the repressive forces to retreat.

November 16 – Kamyaran, western #Iran
Locals rallied outside the home of Foad Mohammadi in an anti- regime rally.
Mohammadi, father of two, was shot and wounded on Monday night, and died in a hospital.#IranRevolution2022#مرگ_بر_ستمگر_چه_شاه_باشه_چه_رهبرpic.twitter.com/pZrfwrq0NY

Meanwhile, in Tehran, protests continued in several locations, including Metal Bazaar and Shush Square, despite heavy security measures. Citizens reported seeing helicopters flying over the city, attempting to control and quell the protests. Protesters lit fires in the streets and held protest rallies in Mashhad. When security forces were called in to disperse the protests, the demonstrators stood firm and resisted. Protesters attacked MP’s office in Gorgan, the local seminary in Birjand, a local agent’s home in Baneh, the local seminary and municipality office in Izeh, and the local seminary in Urmia in the early hours of Wednesday.

At dusk, protests intensified and spread to more cities. Protests were reported in Kermanshah, Sanandaj, Bukan, Saqqez, Yazd, Izeh, Tabriz, Saveh, Isfahan, Qorveh, Dorud, Babol, Zanjan, and many other Tehran neighborhoods. Protesters in Izeh set fire to a regime building in response to the brutal crackdown on peaceful rallies.

November 16 – Mashhad, northeast #Iran
Locals in two districts are continuing the nationwide protests against the regime on the 62nd day of the uprising. One police vehicle was reportedly set ablaze.#IranRevolution2022#مرگ_بر_ستمگر_چه_شاه_باشه_چه_رهبر pic.twitter.com/aCVKFnvIER

, a draft resolution on the situation of human rights in Iran adopted with 79 votes in favor. “Iranian women are subject to brutal discrimination,” said UN Special Rapporteur on Human Rights Situation in Iran Javaid Rehman. “Violence against women in Iran must stop.”

“On the 2nd day of the anniversary of the November 2019 uprising, Iranian citizens rose up in dozens of cities across Iran, including in universities and bazaars. They thus declared their solidarity and determination to overthrow religious fascism.,” said Iranian opposition President-elect Maryam Rajavi of the National Council of Resistance of Iran (NCRI).

“Despite death sentences, intimidation of the public, and brutal attack on the funeral ceremony of Foad Mohammadi in Kamyaran, courageous women and men of Iran held continued their protests in dozens of cities, proving that the uprising will not cease. Rebels win victory.”