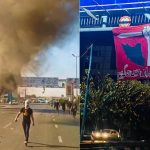 Written by Esmail Mohades on November 10, 2022. Posted in NEWS 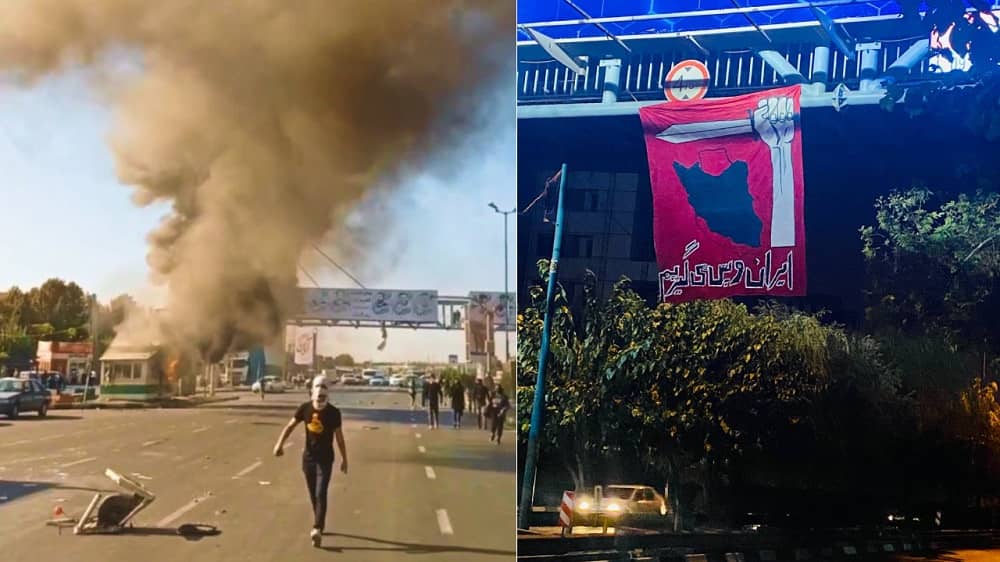 The persistence of protests compelled Khamenei to express his profound fear of the Iranian people’s revolution. While attempting to portray protesters as foreign agents and people and their organized opposition as “enemies,” Khamenei stated, “What we witnessed in the last few weeks was not simply a street riot.

On Monday, Iran’s nationwide uprising reached its 53rd day. Officials from the regime made much of putting an end to the uprising, and some even claimed that the protests had ended, leaving only “scattered side-lines” and “minor consequences” behind, which the regime would “wrap up” quickly. On October 12, the regime’s Supreme Leader, Ali Khamenei, referred to the nationwide protests as “minor incidents,” saying officials “shouldn’t pay much attention to it.”

However, the persistence of protests compelled Khamenei to express his profound fear of the Iranian people’s revolution. While attempting to portray protesters as foreign agents and people and their organized opposition as “enemies,” Khamenei stated, “What we witnessed in the last few weeks was not simply a street riot. The enemy had more elaborate plans and began a combined war.””The system is not lost, but we have taken a heavy blow,” IRGC Brigadier General Rasoul Sanai-Rad was quoted as saying on November 6 by the state-run Khabar online website.

Sanai-Rad is Khamenei’s advisor and the political deputy of the army’s Ideological−Political Organization, a powerful military apparatus, and his comments reflect Khamenei’s impasse in dealing with the uprising. The day after Khamenei’s speech, Iranians flocked to the streets in many cities to pay tribute to martyrs on their 40th day of suffering. People in Karaj, Alborz province, clashed with security forces, forcing the oppressive forces to flee, as they had done in a dozen other cities. In the last 53 days, Khamenei and his ilk have tried every plot, form of violence, and crime to put down the uprising.

From attacking and torching prisoners in the notorious Evin prison to two massacres of innocent worshipers in Sistan and Baluchistan province, attacking Tehran’s Sharif University, and opening fire on innocent protesters. On November 6, around 200 MPs issued a statement calling for protesters to be “executed and punished.” On November 7, the regime’s judiciary chief, Mohseni Ejei, bared his teeth and threatened protesters with capital punishment.

“Those who committed crimes during the recent riots should be identified and arrested as soon as possible… Judicial officials must act quickly to condemn and punish the rioters,” he said, according to the state-run Keyhan daily, which serves as Khamenei’s mouthpiece. 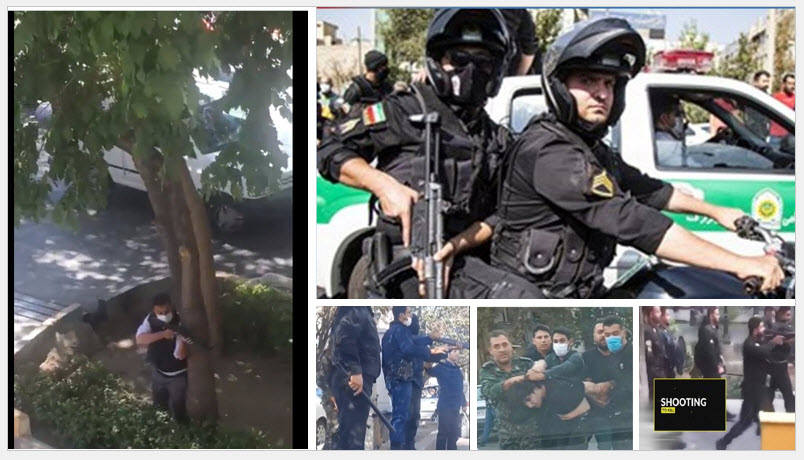 The bravery of Iranian men and women has been praised by the international community. However, this is insufficient. The Iranian people are willing to pay any price to achieve their freedom, and the international community should support their efforts. The first and most practical way to support the current “revolution” is to recognize the right of protesters to self-defense.

However, as the uprising continues, the regime’s infighting worsens, widening the cracks in the mullahs’ tenuous grip on power.”The defendant has rights, including free access to counsel and notification of family members. It is not in our best interests to violate their rights. Because those [officials] who are now out of prison may be accused and arrested soon,” said MP Jalil Rahimi Jahan-Abadi on November 7 to the state-run Jahan-e Sanat daily. This would not only prevent the regime from committing more crimes, but it would also hasten the mullahs’ demise.

“I am not afraid of street cries. But I am afraid of the theory of ‘self-defense’ and people fighting back,” Ali Rabie, Hassan Rouhani’s labor minister, and a notorious torturer, said on October 29, as reported by the state-run Etemad daily.