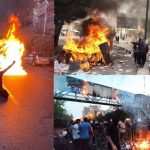 Iran’s uprising continues to expand, with calls for a regime change

Written by Esmail Mohades on November 4, 2022. Posted in NEWS 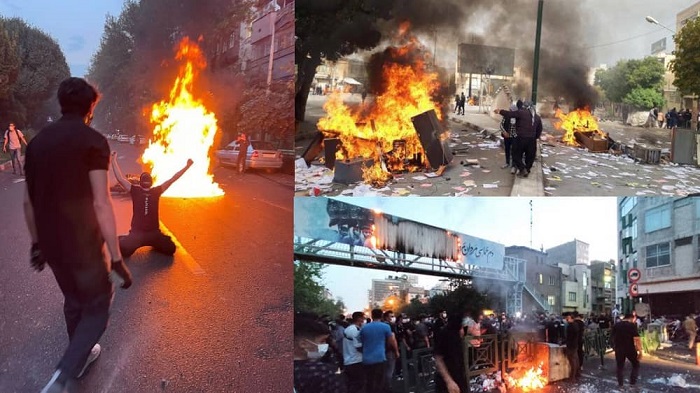 Protests have erupted on a nightly basis in several cities across the country, including Sanandaj, the capital of Kurdistan Province, where residents are reclaiming control of their streets.

On Wednesday, the 48th day of Iran’s nationwide uprising, which consists of continuous protests and demonstrations, began with merchants in the Kurdish cities of Sanandaj, Saqqez, Mahabad, Bukan, and Baneh closing shops and launching another round of their general strike. Locals in Saqqez are also protesting and chanting anti-regime slogans. This came after a tense night of protests and rallies in several districts of Tehran, as well as in the cities of Arak and Ilam, among others. Major clashes between protesters and the regime’s security forces continued into the night in Deholoran, Ilam Province.

Protests have erupted on a nightly basis in several cities across the country, including Sanandaj, the capital of Kurdistan Province, where residents are reclaiming control of their streets. Similar protests have been reported in Tehran, Isfahan, Tabriz, Bukan, and other cities. People were also seen chanting anti-regime slogans in a number of metro stations throughout Tehran’s capital.

Locals gathered in Tabriz to mark the 40th anniversary of the murder of Hadith Najafi, a young protester, by the regime’s oppressive security forces. High school students in various cities are also protesting in the streets, chanting various anti-regime slogans.

Authorities have completely disrupted internet connections in Sanandaj, according to locals, as protests erupt across the city. College students in Zahedan, Tabriz, and Marivan, as well as protesters in Karaj’s Golshahr district, have also launched various protest measures to express their dissatisfaction with the mullahs’ regime.

Students at Tehran’s University of Science and Culture and Shiraz University of Medical Sciences protested today. They are protesting the regime’s increased repression on campus, as well as the suspension of many students from their studies.

People in Nowshahr, Mazandaran Province, northern Iran, commemorated the 40th anniversary of the murder of Hananeh Kia, a local protester, by regime security forces. The ceremony turned into an anti-regime rally, with participants chanting “Mullahs must go!” and “This is the year Seyed Ali (Khamenei) is deposed!”

November 2 – Sanandaj, western #Iran
Locals are taking control of their cities and continuing the nationwide protests against the regime on the 48th day of the uprising.#IranRevolution2022#آزادی_آزادی_آزادیpic.twitter.com/lsHRghYNrw

These protests began following the death of Mahsa Amini. The 22-year-old woman from the city of Saqqez in Kurdistan Province was brutally beaten by the morality police and died of her wounds in a Tehran hospital on September 16. The event triggered protests and has now spread to at least 213 cities. According to sources from the Iranian opposition People’s Mojahedin of Iran (PMOI/MEK), the regime’s forces have killed over 480 people and arrested over 25,000. The MEK has released the names of 324 protesters who were killed. 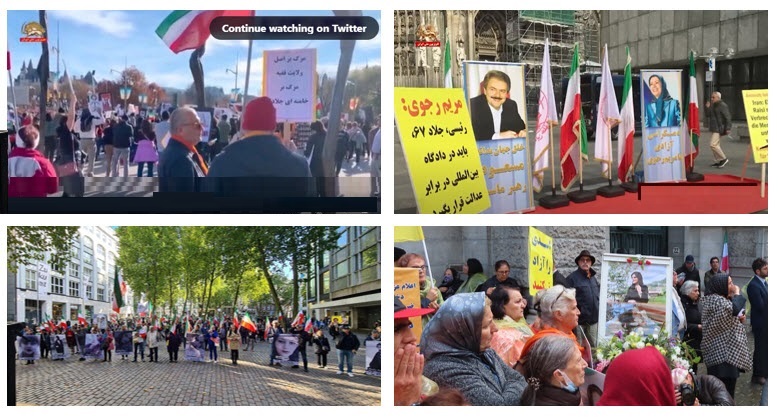 In support of their compatriots protesting the mullahs’ dictatorship, freedom-loving Iranians and MEK supporters have gathered in Europe, the United States, and Canada. Geneva, Vancouver, Washington, Amsterdam, Rome, Vienna, Stockholm, Frankfurt, Ottawa, and Nürnberg have all hosted such gatherings.

Iranian opposition NCRI President-elect Maryam Rajavi praised Iranian university and high school students for their ongoing rallies and gatherings against the mullahs’ regime. “Despite the crackdown and threats, university and high school students from Tehran, Sanandaj, Mashhad, Qazvin, Yazd, Isfahan, Tabriz, and other cities gathered to chant ‘Death to the dictator,’ ‘Freedom,’ and ‘Imprisoned students must be freed.'” “This hurricane will last until victory,” she stated.