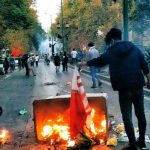 Iran’s uprising enters its 46th day, with nightly protests taking place in a number of cities

Written by Amineh Qaraee on November 2, 2022. Posted in NEWS 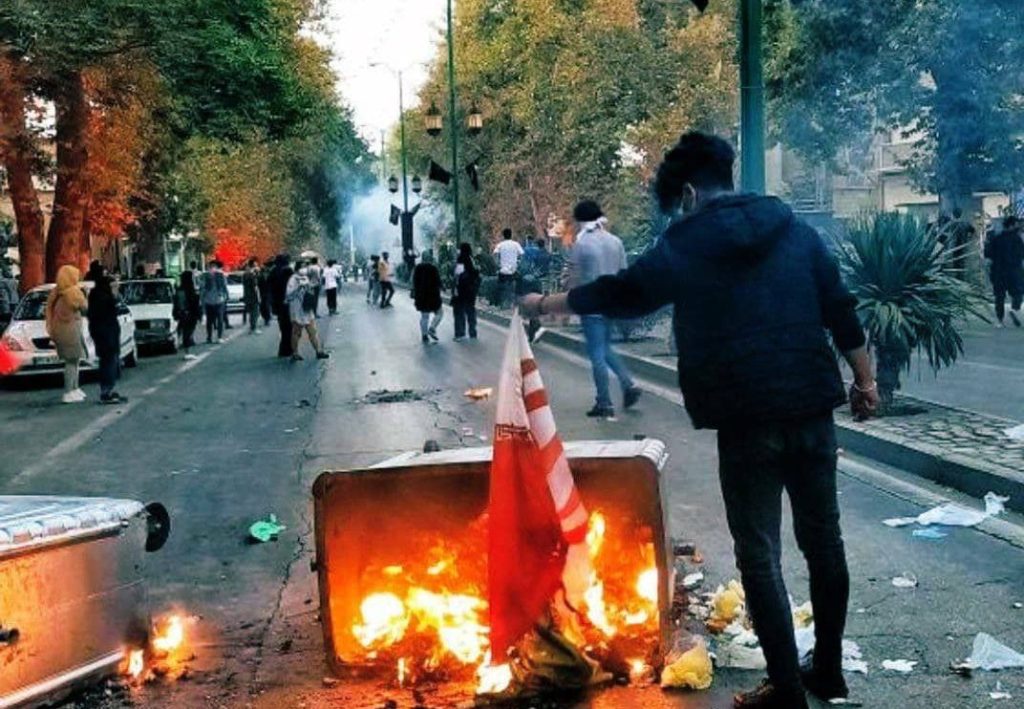 Nightly demonstrations and hit-and-run clashes between people and suppressive forces took place in Tabriz, northwest Iran. “We are Babak’s soldiers; we are ready to die,” the youth chanted, referring to a historical legendary hero.

On Monday night, October 31, the 46th night of the uprising, Tehran and other cities witnessed hit-and-run clashes with suppressive forces. After several nights in a row, residents of Tehran’s Ekbatan district continued their nightly demonstration. This area has become a hotspot for nightly uprisings. In retaliation, the suppressive forces harassed and attacked homes the previous nights. On Monday night, the suppressive forces used vehicles with mounted loudspeakers to broadcast anti-MEK slogans in the same area. They also threw sound bombs at houses. People chanted, “Death to the dictator!” in response. In Mehr Villa of Karaj, people widely chanted anti-regime slogans from the rooftops.

“This year is a year of sacrifice, Seyyed Ali (Khamenei) will be overthrown,” “Death to the dictator” and “We will fight, we will die, and we will take back Iran” at Tehran’s Sadeghieh Golshahr metro station.

Nightly demonstrations and hit-and-run clashes between people and suppressive forces took place in Tabriz, northwest Iran. “We are Babak’s soldiers; we are ready to die,” the youth chanted, referring to a historical legendary hero. Protesters confronted the oppressive forces and drove them away with Molotov cocktails and rocks. They also retaliated against various oppressive forces. There was a nightly hit-and-run between the youth and the suppressive forces in Miandoab, west Azerbaijan province. The youth in Malekshahi, Ilam, western Iran, attacked the police station, the intelligence department, and the Friday prayer Imam’s office.

Nightly protests were held in Amol, northern Iran, and Yazd, central Iran, with people chanting “Death to the dictator” and “Death to Khamenei.” The suppressive forces opened fire on the nightly demonstrations in Arak, Markazi Province, and there was a hit-and-run between the youth and security forces. Protesters and suppressive forces clashed violently in the Arak township of Valiasr. The youths set fire to a Basij base in Arak. People in Sanandaj and Marivan, western Iran, staged nightly protests and blocked the road with fire. Kamyaran’s brave youth set fire to the regime’s surveillance cameras.

Meanwhile, as a result of the nationwide uprising, fear and desertion are growing among the suppressive forces, and the regime’s parliament has ratified an urgent bill addressing the issue: According to the state-run Mehr News Agency, “the salaries of the armed forces will increase by 20%, and the State Security Forces will continue to benefit from extra pay for the time of hardship.”

October 31 – Arak, central #Iran
Local protesters threw Molotov cocktails at a base of the IRGC paramilitary Basij Force on this 46th night of the nationwide uprising.#IranRevolution2022#آزادی_آزادی_آزادی pic.twitter.com/7obK5AGSUQ