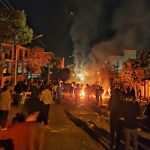 Written by Mohsen Aboutalebi on November 1, 2022. Posted in NEWS 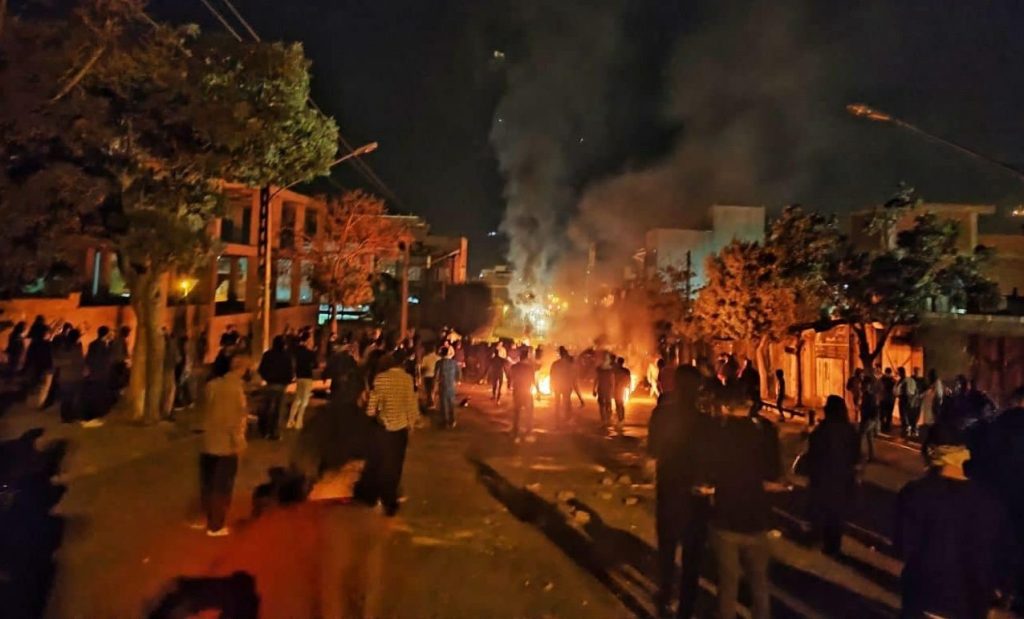 Iran has been embroiled in protests for more than a month, and there is no obvious sign that the nationwide uprising will end soon. Over the last six weeks, the movement has expanded to at least 207 localities spanning all 31 provinces of Iran, with clear participation from a diverse range of ethnicities, religious groups, and social classes.

Women have been a driving force behind these protests since day one, with initial protests focusing on the death of 22-year-old Mahsa Amini in police custody. When the Iranian school year began in early October, teenage girls became a particularly visible force for change after viral videos showed them defacing images of the regime’s Supreme Leader Ali Khamenei and chanting anti-government slogans.

Many foreign observers have recognized the possibility that this uprising might signal a turning point in the conflict between the theocratic regime and those who call for an alternative form of government because of the uprising’s overwhelmingly young demographic. Speculation about regime change only increased in the second month of October, when workers in the oil industry went on strike to express solidarity with the women and girls leading street protests across the country.

The oppression endured by Iranians under the Iranian regime has unquestionably been worse than that endured by the Shah’s regime. However, the ongoing mass protests demonstrate that those people are looking forward to and anticipating the establishment of a truly democratic system that reflects the principles and shared interests of Western nations and their closest existing allies.

Mrs. Maryam Rajavi, President-elect of the National Council of Resistance of Iran (NCRI), has outlined a clear plan for that outcome. And, for the past five years, the NCRI’s main constituent group, the People’s Mojahedin of Iran (PMOI/MEK), has tirelessly promoted the idea of a viable, democratic alternative within Iran through its network of “Resistance Units.”

Those very Resistance Units played a leading role in an ongoing series of uprisings at the end of 2017, prompting the regime’s supreme leader Ali Khamenei to reluctantly admit that the MEK was leading anti-regime actions and had “planned for months” to popularize uniquely anti-regime slogans and calls for regime change.

The uprisings of the last five years have gradually dismantled this aspect of the current regime’s propaganda, making it increasingly clear that the MEK and the NCRI represent the political will of the Iranian people as a whole. People are now chanting, “We will fight, we will die, and we will take back Iran” for the sake of their democratic vision.

The uprisings of the last five years, particularly the one that is currently ongoing, have clearly exposed the regime’s vulnerability to organized opposition. There can be no other reason to appease that regime or ignore that opposition. Therefore, the international community should act right away to further isolate the weakened Iranian government and to start communicating with the people directly through the Resistance movement, which is a true representation of their political will. The first step is to recognize the Iranian people’s right to self-defense and resistance in the face of the regime’s brutality.