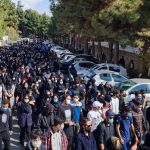 Iran’s uprising continues for 47 days in a row, with defiant students protesting 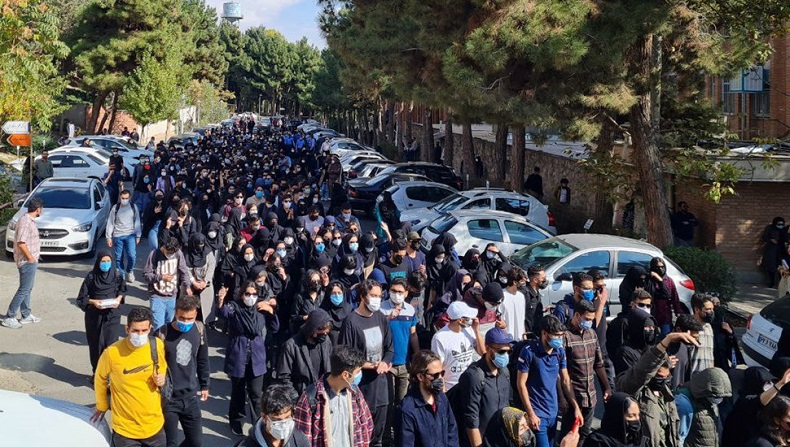 According to the latest reports protesters in at least 213 cities throughout Iran’s 31 provinces have taken to the streets for 47 days now seeking to overthrow the mullahs’ regime. Over 450 have been killed by regime security forces and at least 25,000 arrested, via sources affiliated to the Iranian opposition PMOI/MEK.

On Tuesday, the 47th day of Iran’s nationwide uprising began, after college students took to the streets in dozens of universities across the country the day before. Students of all ages are unwavering in their opposition to the regime’s escalating crackdown. According to reports, the regime dispatched plainclothes Revolutionary Guards (IRGC) members to quell any anti-regime protests, only to see the Iranian people stand firm and continue their rallies.

People in Tehran, Tabriz, Arak, and other cities were protesting late into the night, throwing Molotov cocktails at regime-associated buildings. Those chanting slogans were directly targeting the regime’s senior ranks and calling for Iranian people-led regime change. Meanwhile, the IRGC and the paramilitary Basij Force are being heavily criticized. “Death to the dictator!”, referring to regime Supreme Leader Ali Khamenei. “Be it the Shah or [Khamenei]!” are becoming more common in Iranian cities.

Protests in Iran have now spread to at least 213 cities. According to sources from the Iranian opposition People’s Mojahedin of Iran (PMOI/MEK), over 450 people have been killed and over 25,000 have been arrested by regime forces. The names of 307 protesters killed have been released by the MEK.

On Tuesday morning, students from two universities in Tehran held protests against the recent heavy crackdown measures imposed by authorities on their campuses, which included the arrest of dozens of college students and the exclusion of many others.

Similar protests have taken place at Tehran’s Alzahra University and other campuses throughout the capital, as well as Yazd University, the Islamic Azad University of Karaj in Gohardasht, and the Isfahan University of Technology. High school students are also taking part in today’s anti-regime rallies, which are taking place in the troubled cities of Sanandaj, Marivan, and Tehran.

Families of recently apprehended protesters rallied outside Evin Prison in Tehran on Monday morning, demanding information about their loved ones. These concerned families received no responses from authorities or regime officials, only to be told to return another day. The lives of those apprehended are in grave danger, as many protesters have died in custody and under torture in the last eight weeks.

The regime’s oppressive security officers are opening fire on protesters who are standing their ground in Dehloran, Ilam Province. According to activists, there is a fierce clash between locals and the regime’s security forces in the city of Divandarreh. Bukan residents in northwest Iran are taking to the streets, erecting roadblocks, and seizing control of their districts.

In recent days, freedom-loving Iranians and MEK supporters have rallied in Europe, the United States, and Canada in support of their compatriots protesting the mullahs’ dictatorship. These protests have taken place in Geneva, Vancouver, Washington, Amsterdam, Rome, Vienna, Stockholm, Frankfurt, Ottawa, and Nürnberg, among other places.

The people of Iran, especially women and youths, have risen up to overthrow the regime and achieve freedom. They are fed up with the mullahs’ brutal suppression, hostility toward women, religious discrimination, and poverty.#IranRevoIution #IranProtests pic.twitter.com/ivOsOgJopq

Iranian opposition NCRI President-elect Maryam Rajavi praised university students in Iran for their ongoing protests against the mullahs’ regime. “Students’ defiance at Tehran, Sharif, Al-Zahra, Khajeh Nasir, Sanandaj, Shiraz, Urmia, Shahrud, and other universities demonstrated that Iran’s valiant children are unafraid of the IRGC’s brutality and are willing to pay the price for freedom. Unity and perseverance ensure progress toward freedom,” she said.