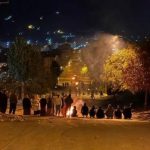 Written by Amineh Qaraee on October 30, 2022. Posted in NEWS 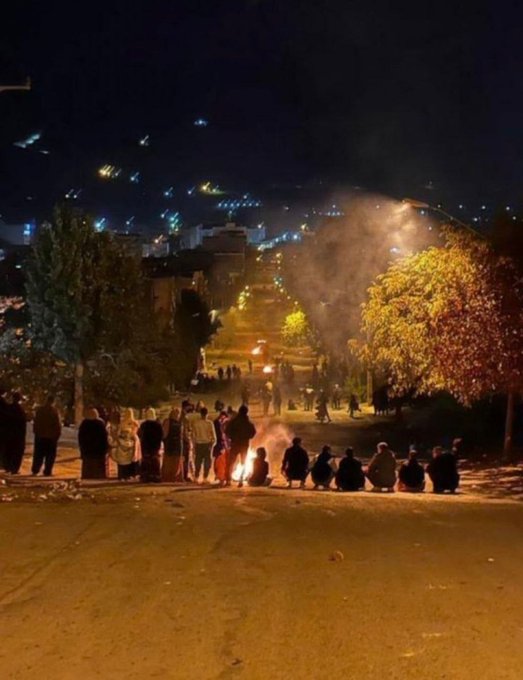 Locals in Mahabad, northwest Iran, attended the burial ceremony for Ismail Moloudi, who was killed by regime security forces during protests in this city on October 26. Local activists reported that the regime’s security forces opened fire on residents.

Thursday marked the 42nd day of nationwide protests in Iran, which have spread to at least 199 cities in the aftermath of the funeral of a 22-year-old Kurdish woman killed by Tehran’s “morality police.” According to sources from the Iranian opposition People’s Mojahedin of Iran (PMOI/MEK), the regime’s forces have so far, killed over 450 people and arrested over 25,000. The MEK has released the names of 300 protesters who were killed.

The people of Mahabad were outraged, and they began marching into the city. Enraged protesters took control of the local governor’s office and at least one police station, yelling anti-regime slogans such as “Death to Khamenei!”

Another large protest rally was held on Thursday in Khorramabad, the hometown of Nika Shakarami, a 16-year-old girl murdered by the regime’s security forces during the nationwide uprisings.

The crowd in Khorramabad chanted anti-regime slogans such as “We are all Nika, and we will fight to the end!”Protesters took to the streets in several Kurdish cities after dark, including Sanandaj, Baneh, Bukan, Marivan, Mahabad, and others. Locals began to erect roadblocks and seize control of their cities and towns.

Tehranpars in Tehran, Ahvaz, and Zahedan have all reported similar night rallies. Authorities are also deploying a number of security units in Zahedan ahead of a major rally planned for Friday in the capital of Sistan & Baluchestan Province.

On Thursday, students protested in several cities, including Tehran, Karaj, Mashhad, Isfahan, and Malayer. “Death to the dictator!” and “Freedom! Freedom! Freedom!” were among the anti-regime slogans chanted by the students.

On Wednesday, October 26th, the Iranian nation erupted in explosive protests across the country, seeking to topple the mullahs’ regime entirely. People took to the streets in at least 58 cities, 61 universities, 45 areas of Tehran, 39 bazaars and stock markets, and two oil refineries, chanting anti-regime slogans.

Hossein Salami, the regime’s Revolutionary Guards (IRGC) chief, has issued a new warning to IRGC commanders in the Greater Tehran area, as well as the IRGC command of Tehran and Alborz provinces, highlighting the growing trend of measures carried out by the PMOI/network MEK’s of Resistance Units.

The chief emphasized the importance of Resistance Units targeting sensitive sites, particularly IRGC centers, and added that special measures and targeted patrols will be required to identify and protect such sites.

The President-elect of the National Council of Resistance of Iran (NCRI) Maryam Rajavi praised Iranians across the country for their unwavering anti-regime protests. “Today, chants of “Death to the dictator!” shook the pillars of Khamenei’s rule across Tehran, from students to Bazaar merchants and doctors. The era of the criminal mullahs has passed. They cannot avoid their inevitable demise,” the NCRI President-elect emphasized.

Today, across Tehran, from students to Bazaar merchants & doctors; people have shaken the pillars of Khamenei’s rule with chants of “Death to the dictator”
The era of the criminal mullahs has come to an end; they cannot evade their inevitable overthrow#IranRevolution#MahsaAmini pic.twitter.com/Q2tTbF9vSQ

As protests and demonstrations grew in intensity, a suspicious attack on religious pilgrims in Shiraz on Wednesday night was claimed by ISIS. While the details of this incident have yet to be fully revealed, and dozens of people have been reported killed or injured, the mullahs’ regime has a long history of launching false flag operations in such dire times of need to divert attention away from threats targeting its very core.