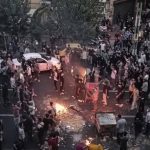 Iran: Protests Continue to Spread Despite the Regime’s Increased use of Repression

Written by Esmail Mohades on October 14, 2022. Posted in NEWS 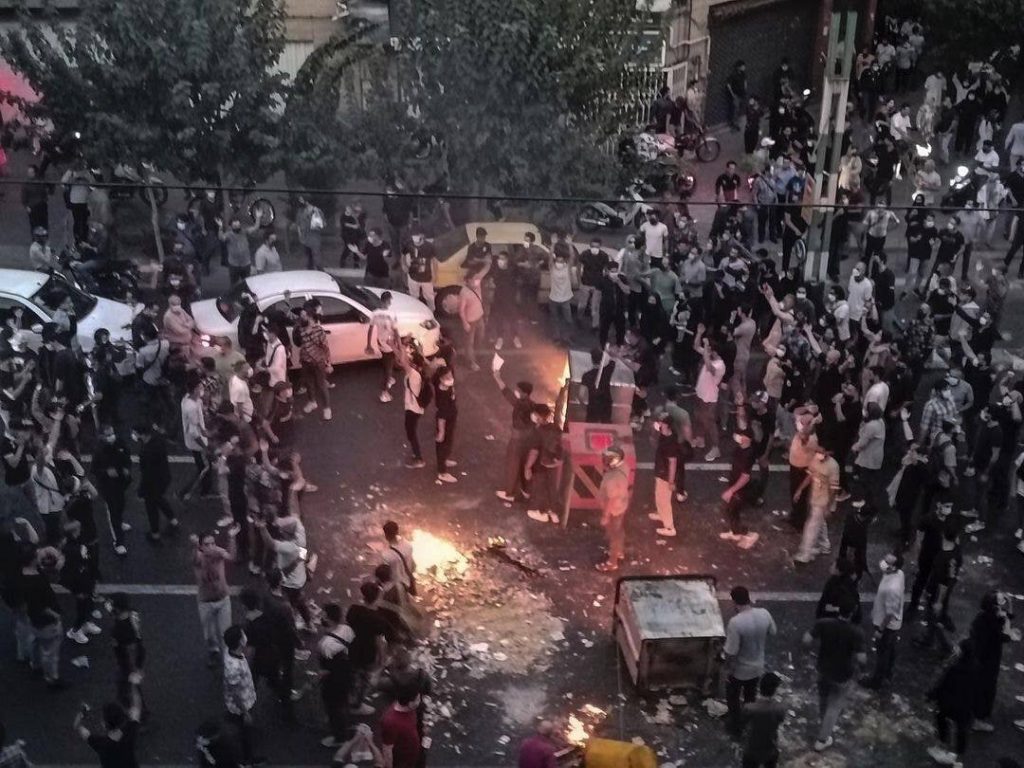 These protests began following the death of Mahsa Amini. On Tuesday, September 13, a 22-year-old woman from the Kurdistan Province city of Saqqez.

The Iranian people’s nationwide uprising continued and protests were reported late into the night and early Tuesday morning local time, with workers at the Abadan refinery going on strike.

Authorities are intensifying the countrywide lethal crackdown in tandem with internet outages in several cities, particularly in Kurdish areas of Kurdistan, West Azerbaijan, and Kermanshah provinces.

According to reports gathered by the People’s Mojahedin of Iran (PMOI/MEK), 177 cities have reported anti-regime protests that began in September and have continued well into October, while regime security forces have killed at least 400 protesters and apprehended more than 20,000 across the country. The MEK has released the names of 192 people killed by the mullahs’ regime during the latest nationwide uprising.

"Into its fourth week, the nationwide #IranRevolution has forced regime officials to express concern. Seemingly the fear has shifted to the regime’s camp, despite its numerous attempts to quash protests," writes @AladdinTouran https://t.co/L8Z6IgAy4t

The death of Mahsa Amini

These protests began following the death of Mahsa Amini. On Tuesday, September 13, a 22-year-old woman from the Kurdistan Province city of Saqqez was arrested by the regime’s so-called “Guidance Patrol” at the Haqqani Highway entrance and transferred to the “Moral Security” agency.

Protests were also reported in Kurdish cities on Tuesday. Protesters in Divandarreh resisted security forces by blocking roads with dumpsters. Security forces used tear gas against protesters in Sanandaj, and gunshots could be heard throughout the city. Roads in Baneh were blocked by fire in various parts of the city.

It is worth noting that Iranians from all walks of life are continuing to protest against the entire regime and seek to destabilize the mullahs’ rule, despite the deployment of a large number of security forces from the Revolutionary Guards (IRGC), paramilitary Basij units, plainclothes agents, to the Ministry of Intelligence and Security (MOIS).

October 13 – Ahvaz, southwest #Iran
More footage of locals continuing the nationwide protests against the regime on the 28th night of the uprising.#IranRevolution2022#مهسا_امینی #آزادی_آزادی_آزادیpic.twitter.com/ggwV4eR36a

Contract workers at the Bushehr Petrochemical site in Asaluyeh, Bushehr Province, southern Iran, went on strike early Monday morning local time. They began chanting anti-regime slogans such as “Death to Khamenei!” “Down with the dictator!” and “We will fight to reclaim Iran!”

According to reports, workers at the Abadan oil refinery in the Khuzestan Province of southwest Iran went on strike on Tuesday morning local time. This is the second oil facility to join nationwide protests, and concerns among regime officials are growing.

Maryam Rajavi, President-elect of the Iranian opposition National Council of Resistance of Iran (NCRI), praised the ongoing protests and the brave Iranian people who are continuing this major uprising. “The mullahs will not be able to escape through repression, terrorism, or conspiracies. The Iranian uprisings, the valiant Resistance Units, and the Army of Freedom holds the key to victory and liberty. Without a doubt, they will put an end to the clerical regime’s rule,” she tweeted.

My sisters across #Iran,
Victory is in front of you, belongs to you, and is waiting for you.
Today’s oppressed (women) are the victors of tomorrow.
Your voices will be echoed forever.#IranRevolution2022 https://t.co/WA7t3D3uqz pic.twitter.com/DIDZfgBFCx