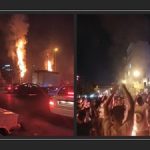 Current widespread protests in Iran point to a new revolution

Written by Mohsen Aboutalebi on October 8, 2022. Posted in NEWS 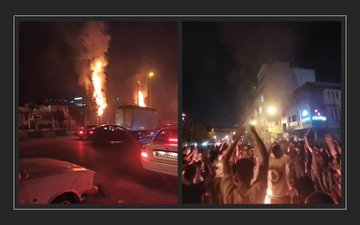 When Khomeini came to power, he presented himself as God’s representative on Earth, so he was even unfaithful to his own written laws. He even admitted in a previous speech that he might say something today and change it tomorrow.

Iran’s ongoing protests in have change the people’s view of the country’s political and social landscape, destroying the most fundamental pillars of society. We are all aware that the regime’s mullahs imposed the ‘Velayat-e Faqih’ rule, which was never the will or choice of the Iranian people. The reason for this is quite simple.  From the beginning, the regime’s founder, Ruhollah Khomeini, ignored all forms of democracy. He forbade the formation of a constituent parliament with elected representatives. Instead, he established the so-called ‘council of experts,’ whose mission was to implement Khomeini’s desired constitution based on his own medieval and inhumane ideas.

He knew better than anyone that his system would have no supporters, both domestic and international. As a result, he decided to eliminate and slaughter all progressive forces in the country, particularly the People’s Mojahedin of Iran (PMOI/MEK) and the Organization of Iranian People’s Fedai Guerrillas, the two major organizations that fought against the Shah’s regime.

To combat the progressive forces, Khomeini established the Islamic Revolutionary Guard Corps (IRGC), which is primarily responsible for the supreme leader’s protection. This institution also pursues a number of parallel goals, including bloody domestic repression and terrorism, hostage-taking, crisis-making, and warmongering beyond Iran’s borders.

Along with its repressive forces, the regime’s propaganda, primarily its radio and television organization, known as IRIB, is responsible for spreading the narrative that nothing significant is happening in Iran and that the country under mullah rule is an island of stability, as the regime’s foreign minister recently claimed.  The intention behind this is to rid the population of all hope for change toward a free and democratic Iran and to instil disbelief in them.

October 1 – Tehran, #Iran
Locals continuing the nationwide protests against the regime on the 16th day of the uprising. They're chanting: "Death to the oppressor, be it the Shah or [Khamenei]!"#IranProtests2022 #MahsaAmini#مهسا_امینی pic.twitter.com/cm8CSKQJaA

However, thanks to the presence of organized resistance over the past four decades, the regime’s mission to keep the Iranian people in the dark has not been fulfilled, and all of the regime’s dreams of a solid, continuing rule are now fading.

When we talk about fundamental change, we should look at the changes in the ongoing protests.  Many people and analysts have described the current situation as a “revolution,” similar to the 1979 revolution that toppled the Shah’s regime.

This evolution is taking place as a result of the fall of fear’s walls, the regime’s disbelief in the overthrow, and the resurgence of the term “revolution.”

People, particularly youths, have realized their extraordinary power to shape their country’s destiny. No one is afraid of the anti-riot police, the Revolutionary Guards, the Basij, the plainclothes agents, or the regime’s infamous Ministry of Intelligence. Brave Iranian women and girls have stood face-to-face with the regime’s forces, instilling fear in their hearts.

If we do not pay attention to this fundamental change, we will be led astray in our analysis of Iran’s political and social events. The only way forward is to maintain the people’s right to self-defense.