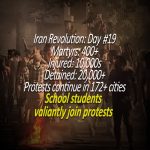 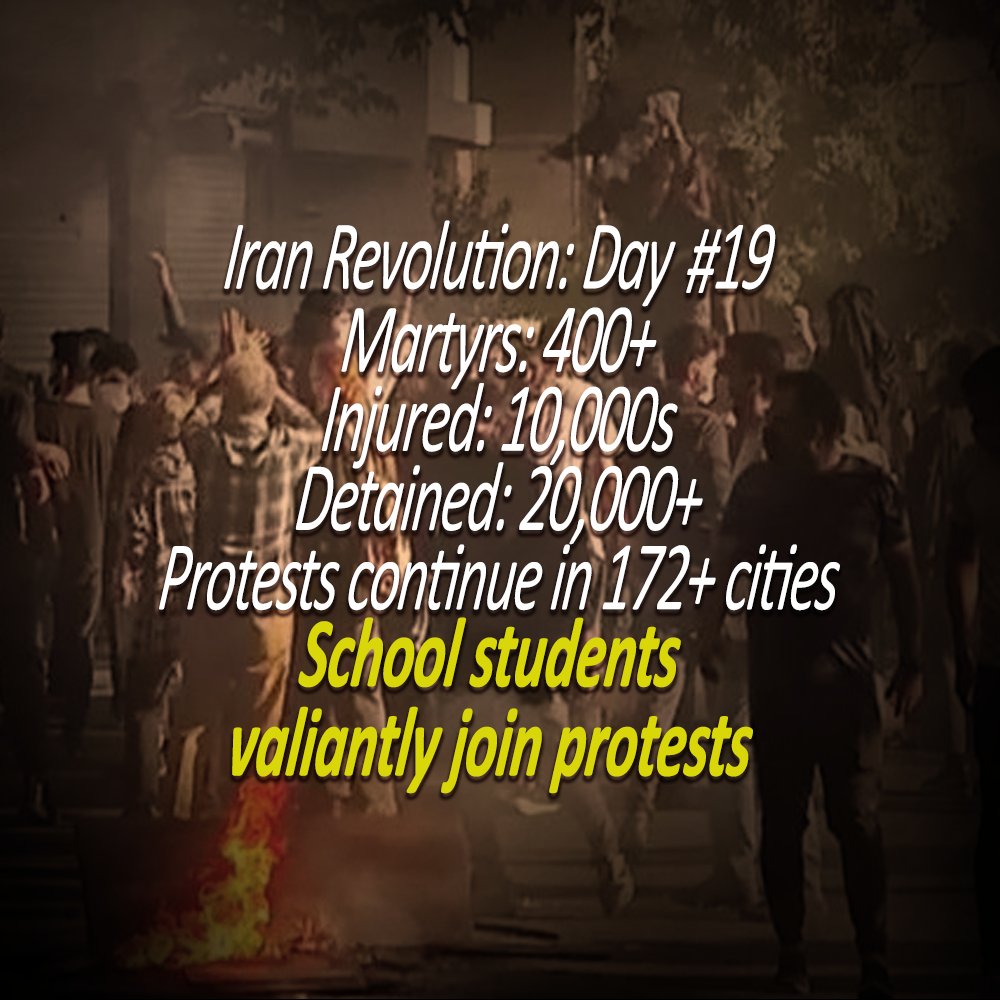 Iran’s protests continue for 19 days, with heavy clashes between students and security forces.

The world learned about the restive country once more, when news of the tragic death of a 22-year-old girl in Tehran spread. Mahsa was a victim of Tehran’s brutal morality police. She was a member of the Kurdish ethnic minority in Saqqez, a town in northwest Iran. Over 8 million social media posts featuring her name went viral, garnering international attention and igniting a new round of protests across the nation.

Mahsa was detained and beaten by the morality police of the regime on September 13 under the pretext of “improper veiling.” She spent three days in a coma before dying on September 16.

Read the latest updates on #IranProtests2022 in #Iran News in Briefhttps://t.co/mVo0redGKI

To date, protests against the brutality of the regime and calls to overthrow the mullahs have been made in more than 172 cities across all 31 provinces of the nation.

The security forces of the regime have killed over 400 people, and at least 20,000 people have been detained nationwide, many of whose whereabouts are unknown. Numerous times, the families of these prisoners have gathered in front of the regime’s prisons to demand the release of their loved ones, but each time, the regime has reacted violently.

Over 400 people have been killed by the mullahs' security forces. Sources also report over 20,000 arrested protesters.#IranProtests2022 #MahsaAmini#مهسا__امینی pic.twitter.com/as8qE34ZNy

On Sunday, university students all over Iran participated in protests in support of the ongoing, all-Iran uprising against the mullahs’ regime. These demonstrations took place primarily at Tehran’s Sharif University of Technology, where students demonstrated during the day and regime security forces surrounded the campus at night time.

Crowds attempting to leave the campus were shot at by security personnel using pellet rounds. Numerous people were reportedly detained and sent to Evin Prison. The students, on the other hand, stood firm and demonstrated valiant resistance.

Teachers and students are on strike in various cities in #Iran. They have risen up against oppression by chants of “death to the dictator.” The force of solidarity among students, teachers and professors is expanding the uprising to overthrow the criminal mullahs. #IranProtests pic.twitter.com/89XsTEdnKZ

The same night, demonstrators from all over Tehran gathered in front of Sharif University’s gates to call for the release of the university’s detained students and the release of those who were confined inside. To stop the crowd from approaching the university gates, the regime sent out anti-riot units and plainclothes security personnel. Outside the university, demonstrators yelled “Release the students!” and other anti-regime chants in support of the university students. Security forces of the regime retaliated against this crowd by firing shots and deploying tear gas.

The regime’s authorities were unable to handle the scale of the protests as youths and women took the initiative throughout the day on Saturday, resulting in hit-and-run clashes and small protests erupting in many areas of each city. In various areas of Tehran, protests have picked back up at night, and demonstrators can be seen assembling and yelling anti-regime chants in a number of districts. There were also reports of protests in Saqqez, where demonstrators persisted in their actions despite the regime’s strict security measures.

In a tweet, Mrs. Maryam Rajavi, the president-elect of theNational Council of Resistance of Iran (NCRI), urged Tehran’s young people to defend Sharif University of Technology students. “Security forces have surrounded the univ. & arrested many students. The students’ uprising has terrified the clerical regime. Solidarity is the key to defeating their scheme.”

Despite this harsh crackdown, students in various Iranian cities rose up against the government again on Monday, shocking and confusing the authorities. And many of its media outlets are wondering why the protests did not end this time.

Message to the international conference at the UN headquarters in Geneva – Our people are determined to reject a regime that has kept the country backwards, condemned women to live in terror and deprived young people of their fundamental rights. #IranRevolution2022 pic.twitter.com/8U8uwTN9zA