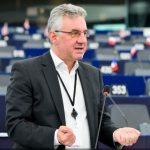 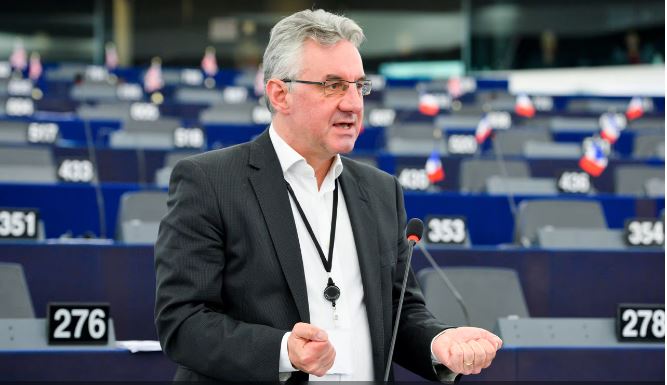 The scale of the protests in Iran is growing. In this regard, Czech member of the European Parliament Jan Zahradil expressed his unwavering support for the Iranian people and their protests while outlining the responsibility of the EU in light of the ongoing uprising.

17th days have passed since the day Iran erupted in a new uprising against the regime, and three days ago, the E.U. issued a declaration on the event… What should one expect after this on the European side? Do you expect the next Foreign Affairs Council to take decisive action on this?

Yes, it’s true that there have already been some resolutions, some statements taken by the European side coming from European situations. I believe that these statements should be followed by actions, particularly from the level of the Council of the E.U.

This might be the longest uprising in Iran in years. From your point of view, what do you see different in this compared to the previous ones in 2019 and 2020 or 2017?

What makes this particular situation, this particular uprising different is the presence of processes that we have never seen before, such as posters, banners, statues of Khamenei, Qassem Soleimani, and other regime leaders, or anything bearing the regime insignia being torched by young people in most cities. And also, we have seen a lot of organized nature behind the protest. And in this, I would like to point out the existence and also the strategy of so-called resistance units that are linked to the best-organized Iranian exile opposition, the [People’s Mojahedin of Iran (PMOI/MEK)]… And I think that this shows some growing impatience and growing concern of the Iranian population with the regime, and hopefully if the pressure continues, that could lead to some changes we all call for and wish for.

We noticed considerable international support for the current uprising that is a specification of this case, but one wonders in what measures can the international community go beyond words to help the Iranian people in their quest for liberty. What could you suggest in this?

Well, we have in the European Parliament an inter-parliamentary group, which is called Friends of Free Iran, and it really includes members or MEPs from all relevant political groups in the European Parliament… We were trying to push European institutions to go for more vocal support and also a sharper position and a better-defined position vis-a-vis Iran. So, I think the least we can do is not to continue appeasement of the regime, particularly when it comes to some efforts to renew the nuclear deal between the U.S. and Iran.

“If women are not safe, everyone in a country knows that no one is safe.”

We’ve witnessed the last two weeks Iranian youth and women especially facing suppressive armed police and military forces barehanded. Do you think that when we’re talking about the strongest E.U. position, just even beyond the E.U., the international community should be able to revert to some sort of preventive action or save innocent lives?

Frankly speaking, I don’t know the fact that we cannot intervene. We cannot directly be involved in the situation… Interconnectivity today is much better and much better advanced. And I think that it should be used thoroughly… The international community should rather show restraint and should show that they care about the situation. They care about protesters. They would not allow those people to be suppressed or humiliated.

The EU must stand up for women’s rights in Iran. We condemn the killing of Mahsa Amini and call for a full investigation of her murder and the condemnation of the increasingly violent repression against women’s rights in the country. @GreensEFA pic.twitter.com/tFRroO9pJH