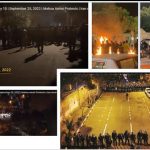 Iranians are Determined to Depose the Tyrannical Regime 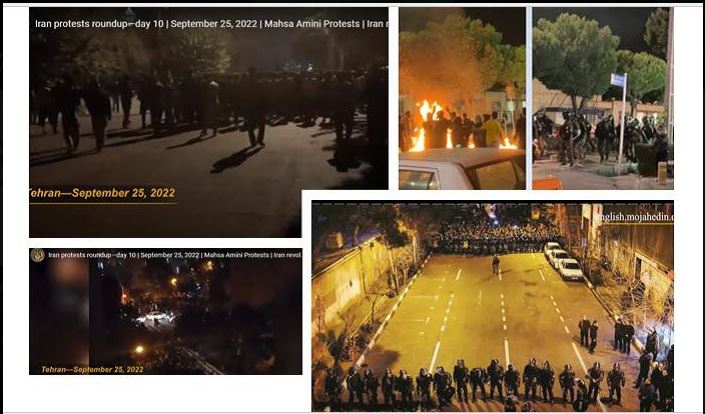 The number of martyrs of the nationwide uprising, which has spread to 164 cities, has exceeded 300, and the number of protesters detained has surpassed 15,000.

Following the brutal murder of Masha Amini, the Iranian people have once again united to fight and defeat Iran’s theocratic mullahs’ regime. Protests began in response to the mandatory hijab rules, but have since expanded with anti-regime slogans to address the Iranian regime’s various forms of repression.

Iranian people, from all walks of life, are determined to overthrow the regime, and Iran, is now in the process of engaging in a new revolution. As the people put it, Masha Amini has become the symbol and the spark for a new revolution.

The situation has reached a point where there is no longer any doubt among the people about the mullahs’ rule. No faction within the regime can pretend to be an ‘opposition’ or a ‘reformist’ in order to deceive the people and divert their true desire for a free and democratic country. There is only one option for the future: nationwide solidarity with the common goal of overthrowing the Islamic Republic.

On the 14th night of #IranProtests, despite internet shutdown & vicious clampdown in Tehran, Mashhad, Bojnourd, Rasht, Isfahan, Qom, & Masjed Soleiman, people are confronting the IRGC everywhere with chants of “Death to Khamenei” and “death to the dictator.” #IranRevolution pic.twitter.com/LpiaJQGyH5

Three key factors have emerged following nine days of protests in over 130 cities across the country:

-All cities are aiming for the totality of the regime, which is represented as a common enemy by the regime’s supreme leader Ali Khamenei.

-The importance of national unity and solidarity.

-Women’s leadership and decisive roles in advancing the movement against total sovereignty.

People are revolting against the armed authorities in rage, fighting them with bare hands in most cases, forcing the regime’s forces to retreat. Fearing the wrath of society, most of them have lost motivation to fight the people. After 41 years, the Iranian people are in control of the streets, and unlike the November 2019 protests, the people have the upper hand as they continue to attack the regime’s forces.

September 29 – Varamin, southeast of Tehran, #Iran
Locals continued the nationwide protests against the regime on the 14th night of the uprising.#IranProtests2022 #MahsaAmini#مهسا_امینی pic.twitter.com/w8SX2CqGkh

In an interview with the state TV channel Ofogh on September 20, Hossein Saffar Harandi, the adviser to the head of the regime’s Revolutionary Guards (IRGC), revealed the gravity of the situation. “Well, sir, if you want to express your loyalty to someone you believe is oppressed, express your sympathy, this will not be fulfilled with destruction and obscenity, and with gestures that attack national interests,” he said.

“But they responded that this is just an excuse, and our main target is the system’s principle, which means we will deal with the entire system,” he added.

Fars news agency published a fearful statement from regime supporters in universities, writing, “We condemn the adversaries’ abuse of recent events, our main red line is the system’s values and ideals.”

Entirely accurate, the people’s slogans are aimed at the regime’s red lines, values, and ideals. They are doing so to send a message to their country’s so-called leaders and to express their outrage.

Senior White House correspondent for News Max TV, @JamesRosenTV reporting on #IranProtests2022 and @NCRIUS activities, showing footage from Iran, including people chanting "Death to the Dictator; Be It the Shah or the Supreme Leader." #MahsaAmini https://t.co/E3SovzV7x5 pic.twitter.com/0tJhocByWz