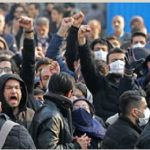 Written by Mohsen Aboutalebi on September 12, 2022. Posted in NEWS 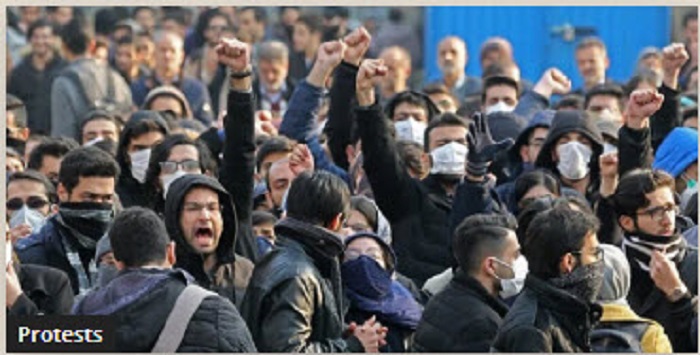 Major protests against the mullahs’ regime have been escalating across Iran in the past few months.

According to a recent study conducted by the Iranian regime’s University of National Defense and Strategic Research, “Three out of every four Iranians will participate in upcoming protests against the regime.”The University, which is affiliated with the Defense Ministry, also warned about the rising number of public grievances and the possibility of nationwide protests similar to those seen in January 2018 and November 2019.

According to the study, people’s rage will manifest as “disturbance, unrest, riots, and protesting collective behaviors.” Public dissatisfaction with the country’s current situation is high, particularly in financial, political, social, and cultural aspects. “At least 76% of people experience social injustice and inequality.” 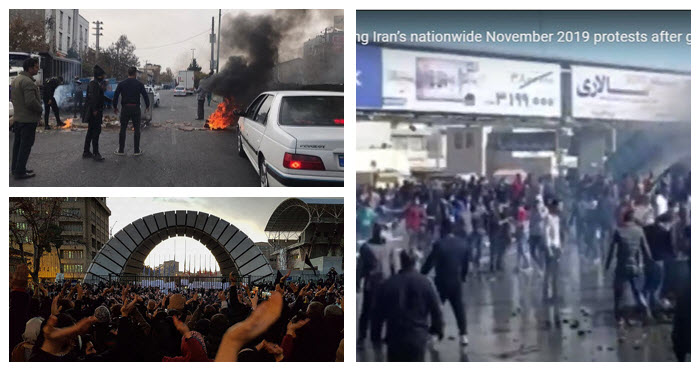 Three out of every four Iranians protest.

This comes as Parliament [Majlis] National Security Chair Mojtaba Zonnour recounted another story about the first two days of November 2019 gas protests. On June 1, 2020, he told the IRGC-Quds Force-affiliated Tasnim news agency, “Some 497 government centers and private sector buildings were damaged due to destruction, fire, and explosion… Aside from the damaged buildings, 194 government and public centers were targeted.”

Then-Interior Minister Abdolreza Rahmani-Fazli, who was in charge of the bloody November crackdown, claimed that 200,000 citizens participated in the gas protests. Rahmani-Fazli claimed sarcastically in an interview with the state-run TV One Channel that demonstrators took part in 100 areas of Tehran and 27 other provinces.

He is of course minimizing the numbers. After 40 yrs Iran's people are demanding freedom from religious tyranny pic.twitter.com/zlo9oMs8pU

Surprisingly, according to reports from human rights activists, bystanders, and families who lost loved ones, the regime murdered over 1,500 protesters during the November 2019 uprising in order to silence people’s legitimate grievances. Between 10,000 and 12,000 demonstrators were also detained by security forces, IRGC affiliates, and intelligence officers.

Citizens discovered the lifeless bodies of several people who had been severely tortured in water canals, beside roads, and other public places in the days following the crackdown. Locals later discovered that the unidentified bodies were those of detained protesters. Many people who were arrested at the time remain unidentified to this day.

“Would the people’s demands not be addressed, public grievances would increase daily, law obedience would decrease, and the bedrock for civil, non-civil, and even violent protests would be met,” researchers said. “In such circumstances, more classes of society, including those in positions of power, would join protests.”

In a nutshell, the researchers are raising concerns about the current situation in Iran. “In such circumstances, authorities can never ignore the risk of mass, unpredictable, and violent riots by hard-hit Iran strata,” they said.