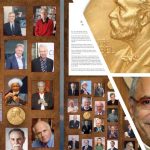 Written by Amineh Qaraee on September 1, 2022. Posted in NEWS 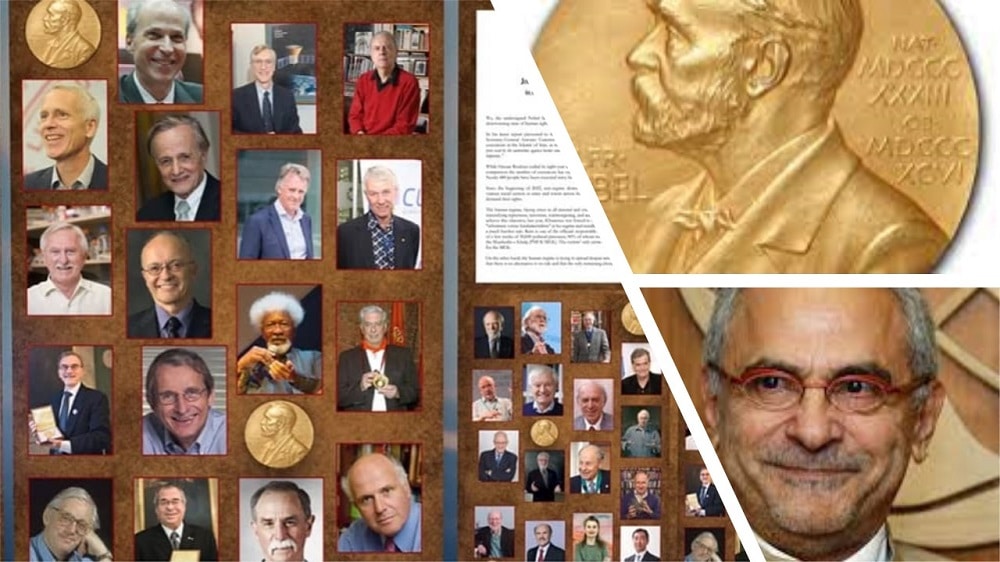 Statement of 56 Nobel Laureates in support of Free Iran 2022.

In a significant victory for the Iranian Resistance, 56 Nobel Laureates publicly endorsed the National Council of Resistance of Iran’s (NCRI) roadmap for a free, democratic, and nuclear-free Iran while denouncing the nation’s prior and subsequent dictatorial rule. The authors of this letter, who are among the brightest minds of our time, cited a UN Human Rights Council report on the atrocities committed by the Iranian regime, the rise in executions, and the use of the death penalty under Ebrahim Raisi.Along with hundreds of other world leaders, lawmakers, and human rights advocates, the Nobel laureates also endorsed the NCRI President-elect Mrs. Maryam Rajavi’s 10-point plan for Iran’s future.

“In his latest report presented to the UN Human Rights Council on June 21, 2022, UN Secretary-General Antonio Guterres expressed deep concern over the rising number of executions in the Islamic Republic of Iran, as well as “patterns of arbitrary deprivation of life due to excessive force used by the authorities against border couriers, peaceful protesters and those in detention, continued with impunity.”

“While Hassan Rouhani ended his eight-year term last summer with nearly 5,000 executions, in comparison the number of executions has surged since Ebrahim Raisi became the regime’s president. Nearly 480 people have been executed since he took office.

“Since the beginning of 2022, anti-regime demonstrations and protests have persisted by various social sectors in cities and towns across Iran as the Iranian people have risen up to demand their rights.

“The Iranian regime, facing crises in all internal and external arenas, sees the only way out in intensifying repression, terrorism, warmongering, and acceleration of its nuclear program. To achieve this objective, last year, Khamenei was forced to abandon the forty-year theatrics of “reformists versus fundamentalists” in his regime and installed Raisi as the president to impose a much harsher rule. Raisi is one of the officials responsible for the 1988 massacre of 30,000 political prisoners in a few weeks, 90% of whom were members and supporters of the Mujahedin-e Khalq (PMOI/MEK). The victims’ only crime was insisting on their support for the MEK. 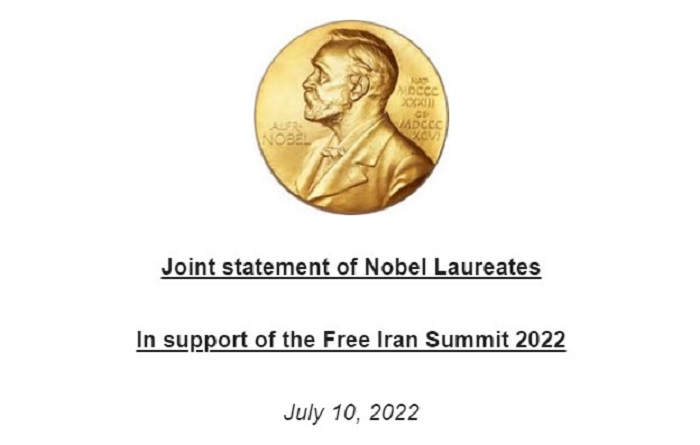 The following is taken from the joint statement of Nobel Laureates in favor of the Free Iran Summit 2022, which was released on July 10: “We, the undersigned Nobel laureates, express our deep concern over the appalling and deteriorating state of human rights in Iran.

“On the other hand, the Iranian regime is trying to spread despair among the youth by claiming that there is no alternative to its rule and that the only remaining choice is between the current theocracy and the former monarchical dictatorship. This is while the Iranian people in their demonstrations and protests are constantly chanting that “Neither the Shah nor the Mullah, damned be both of them”. 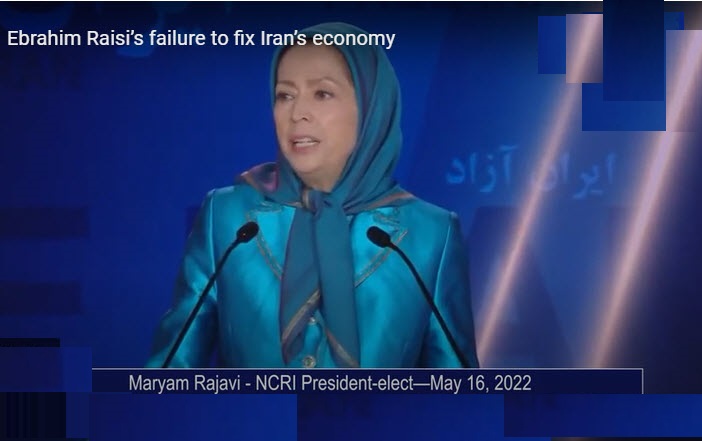 “We, the Nobel laureates, join hundreds of prominent personalities from the five continents and tens of thousands of Iranians outside Iran to express solidarity with the Free Iran World 2022 Summit for freedom and democracy in Iran. We believe that the great desire of the Iranian people for freedom is represented in the opposition leader Maryam Rajavi’s 10-point plan for the future of Iran, which calls for universal suffrage, free elections, and a market economy, and advocates gender, religious, and ethnic equality, a foreign policy based on peaceful coexistence, and a non-nuclear Iran,” the letter concluded.