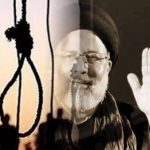 Written by Mohsen Aboutalebi on August 2, 2022. Posted in NEWS 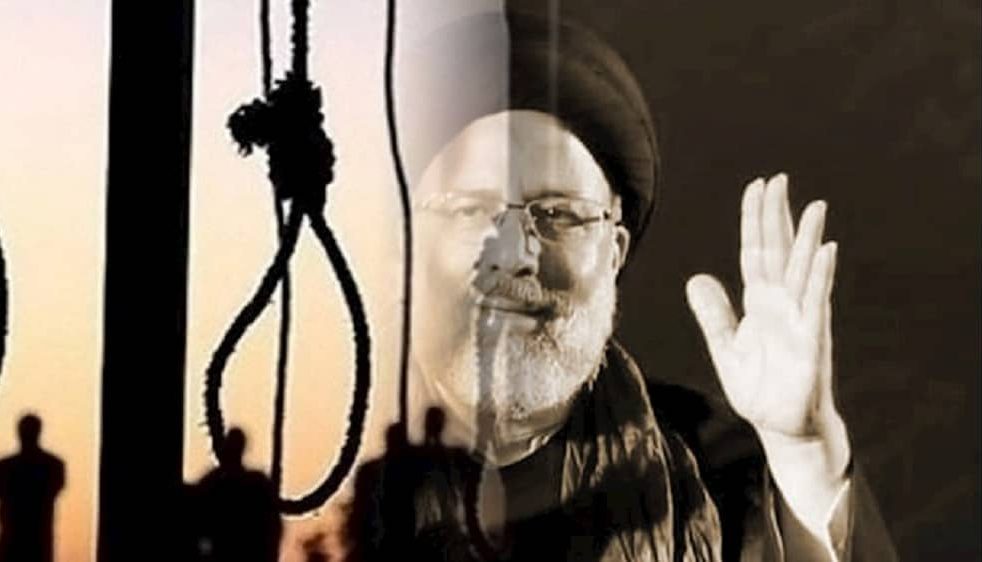 Ebrahim Raisi, the henchman of the 1988 massacre is the current president of mullahs.

This past week, a number of human rights organizations joined forces together to raise awareness about what they called a “horrifying wave” and a “spree” of executions in Iran. Amnesty International released a statement that reiterated the findings of earlier reports that more than 250 executions took place in Iran in just the first half of 2022. According to the statement’s observation that more than a dozen prisoners have been executed at once as part of the ongoing spree, there have been significant new increases in the month of July.

Iran Human Rights Monitor reports that at least 11 people were hanged on Saturday, June 23, following a total of eight executions on the previous Wednesday and Thursday. The same source, noting that it exceeded the estimate for the entire of 2020, provided a slightly higher estimate than Amnesty International for the total number of executions in the first half of 2022. In some reports, the executions over the past month have already exceeded Iran’s total executions for the entire year of 2021.

The number of executions has significantly increased since the ultra-hardline cleric Ebrahim Raisi was chosen to lead the nation in June 2021.

Raisi has earned the nickname “butcher of Tehran” due to his fervent advocacy of the widespread use of the death sentence and corporal punishment. He was one of four officials who served on the Tehran “death commission” in the summer of 1988, which oversaw the mass executions of political prisoners in the prisons of Evin and Gohardasht as part of a widespread massacre that is thought to have claimed 30,000 lives.

As head of the judiciary starting in 2019, he oversaw arguably the worst crackdown on dissent in recent memory. Before taking on that position, Raisi was the leader of Astana-e Quds Razavi, a purportedly religious foundation that has a long history of supporting terrorism and fostering Islamic extremism globally.

Raisi’s election as president was viewed by many as a reaction to the escalating domestic unrest and outspoken calls for regime change that have been heard since the end of 2017. The People’s Mojahedin of Iran (PMOI/MEK), Iran’s main opposition group, played a significant role in those uprisings, which forced the regime to close ranks and choose Raisi, as president to deal with the protests and uprisings.

Raisi’s selection has resulted in increased suppression and executions. The regime has gone so far as to arrest and imprison teachers and educators who were protesting their low pay and harsh living conditions.

Three teachers were detained on Tuesday in the city of Divandareh after participating in a demonstration calling for the release of five other educators who had been detained more than a month earlier but were still being held without being given any sort of explanation. In connection with a nationwide demonstration in May that took place on International Worker’s Day and a larger protest movement in which educators have been calling for better pay and working conditions for years, many other teacher activists are still in detention all over the nation.

The clerical regime has recently faced repeated challenges from a variety of social and professional groups, including teachers. Since the initial uprising in December 2017 and January 2018, Iran has experienced at least eight more anti-government uprisings, according to the National Council of Resistance of Iran (NCRI).

The approach to the Iranian government needs to change. It is necessary to hold Raisi and the representatives of the regime accountable for their crimes. The international community should not shake Raisi’s hand but rather stand with the people who were tortured and killed by this regime, especially the victims of the 1988 massacre, as well as the families of those people. 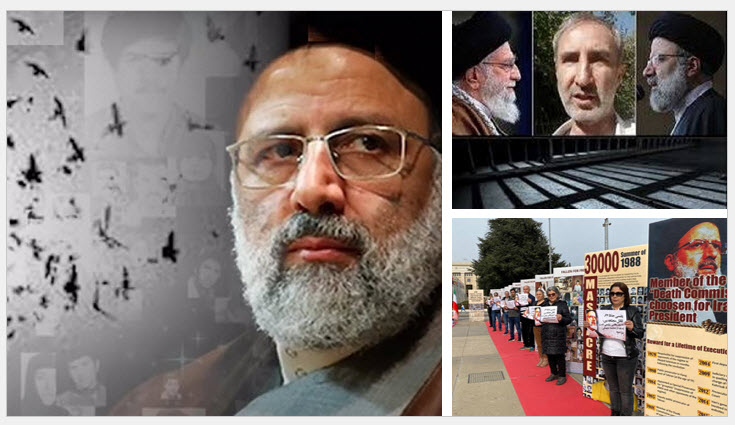 Mass murderer Ebrahim Raisi is responsible for Iran’s ongoing human rights violations, and Khamenei’s iron fist approach to dealing with the public and the international community must continue.