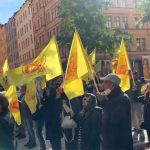 Even 34 years later, the international community must address the 1988 massacre

Written by Amineh Qaraee on August 1, 2022. Posted in NEWS 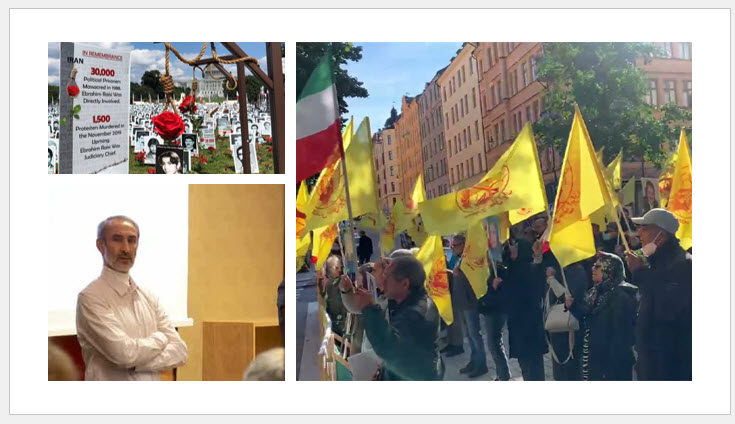 Iranian Resistance supporters rally in front of a court in Stockholm, Sweden, where Hamid Noury, a former Iranian prison official, is being tried for his role in the 1988 massacre of political prisoners.

The supreme leader of the Iranian regime made the fateful decision to exterminate the Iranian opposition 34 years ago, ordering the execution of all political prisoners linked to the People’s Mojahedin of Iran (PMOI/MEK). On these same hot summer days in July and August of 1988, thousands of political prisoners were being hanged every day in prisons all over Iran. More than 30,000 political prisoners, the majority of whom were MEK members and supporters, were executed following the massacre of 1988.

The regime took extraordinary steps to conceal this heinous crime against humanity, including burying the bodies in unmarked mass graves, concealing the whereabouts of loved ones, intimidating parents into forgoing child funerals, and later erasing any traces of the mass murders.

The 1988 massacre marked a turning point for the government and helped to define its system of power. The primary participants and planners of the 1988 massacre have risen to positions of prominence in Iran over the past three decades, holding significant amounts of power.

When Ali Khamenei, the regime’s supreme leader, named Ebrahim Raisi as president last year, the 1988 massacre’s influence on regime politics reached its zenith. Raisi is well-known for being a member of the “Death Commission,” a group of regime officials who served as judges during the 1988 massacre and put political prisoners through brief trials before putting them to death if they refused to renounce their support for the MEK. 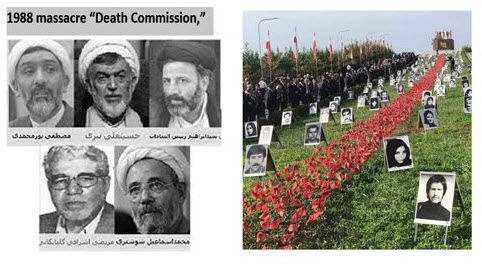 The “Death Commission,” a group of regime officials who served as judges during the 1988 massacre and put political prisoners through brief trials before putting them to death if they refused to renounce their support for the MEK.

The Iranian Resistance began a campaign for seeking justice and the truth, immediately alerting international bodies and human rights organizations about the tragedy taking place in Iran, while the regime believed it had succeeded in eradicating the MEK and its main opposition.

The Justice Movement persisted in its mission to investigate the 1988 massacre, seek the truth for the families of the victims, and bring the perpetrators to justice despite the silence of the international community and the West’s propensity to ignore the regime’s violations of human rights.

The 1988 massacre was first documented by MEK activists and supporters inside the nation, sometimes at great personal risk. They gathered every possible piece of information regarding the victims, the perpetrators, and the locations where the bodies were buried.

This was the first time the 1988 massacre was acknowledged and tried in a court of law, and it established a precedent for other nations to apprehend and try the massacre’s perpetrators.

And the number of regime officials whose direct involvement in the massacre has been established is not lacking. Along with Raisi and Khamenei, the list also includes dozens of others, such as former intelligence minister Ali Fallahian, head of the judiciary Gholam-Hossein Mohseni Ejei, and former justice minister Mostafa Pourmohammadi.

Humanity’s worst crimes do not vanish with time. The massacre of political prisoners in Iran in 1988 is still an issue that needs to be addressed by the international community today. The approach to the Iranian government needs to change. There is no justification to meet and shake hands with murderers like Raisi after the Swedish court’s ruling.

They must be put on trial for their crimes and brought to justice. The Justice Movement will not give up on its objective, as it has demonstrated over the last three decades. The victims and families of the 1988 massacre should have the support of the entire world.