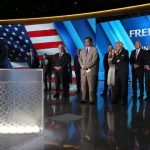 Written by Mohsen Aboutalebi on July 21, 2022. Posted in NEWS 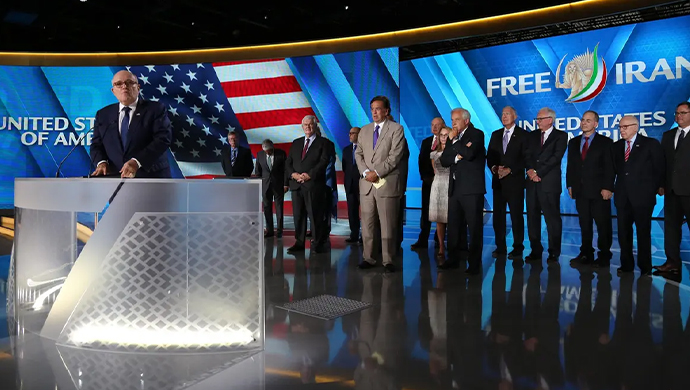 According to Reuters, the Iranian government announced on Saturday that it had sanctioned 61 additional Americans, including former Secretary of State Mike Pompeo, for their support of the Iranian opposition group, the People’s Mojahedin of Iran (PMOI/MEK). Most of these American dignitaries had long opposed the U.S. State Department’s incorrect classification of the MEK as a foreign terrorist organization and had defended the MEK members when Iraqi forces linked to the Iranian mullahs’ regime attacked their bases in the camps Ashraf and Liberty before they left for Albania in 2016.

The leader of the Iranian Resistance, Mr. Massoud Rajavi, cited this latest action by Tehran as yet another justification why Belgium shouldn’t free Assadollah Assadi, a terrorist diplomat who was convicted of planning a bombing attack on the 2018 Free Iran rally held just outside of Paris in support of the National Council of Resistance of Iran (NCRI) and NCRI President-elect Mrs. Maryam Rajavi.

In order to secure the release of Assadi and his three accomplices, the governments of Belgium and Iran attempted to enact a covert prisoner exchange deal. The Iranian government has designated a large number of people as targets for its terror campaign, which is being carried out through Assadi.

Tehran designates 61 prominent Americans including 30 bi-partisan sitting Members of U.S. Congress for their opposition to the prior designation of the main Iranian opposition movement, the MEK, and to #Iran regime’s killing of its members. https://t.co/oNSZ6yEHzO pic.twitter.com/8fx7PWff6T

“These 61 individuals were plaintiffs in the terrorism case in Belgium involving terrorism orchestrated by Iran’s dominant religious fascism. Another justification for not releasing the bomb-spying diplomat and his accomplices is provided by the Belgian government. Release of Assadi and his accomplices is a flagrant violation of international law, particularly UN Security Council Resolution 1373,” Mr. Rajavi stressed. “Especially in light of the regime’s designation of US personalities.”

The Iranian regime is able to seize any assets that Americans may have in Iran thanks to the sanctions that have previously been imposed on dozens of Americans for a variety of reasons. Given the likely absence of such assets, the actions, which were announced as U.S. President Joe Biden’s trip to the Middle East came to an end, seem largely symbolic, according to Reuters.

It has been widely reported that Giuliani, Pompeo, and Bolton attended MEK events and expressed support for the opposition MEK. In January and April of last year, Tehran imposed sanctions on 51 and 24 additional Americans, respectively.

A Belgium-Iran treaty must uphold Belgium’s intl obligations & cannot grant impunity to Assadollah Asadi or any other actor responsible for human rights violations & heinous acts of terrorism. Iran must be held to account for backing terrorism & taking hostages for leverage. https://t.co/lXEhkG2dRI

Indirect negotiations between the regime and the US to revive the 2015 nuclear agreement started in Vienna in November and continued in Qatar in June. But the talks have been at a standstill for several months.

Despite any disagreements over politics or policy, the Biden administration has promised to support and protect all Americans, according to Reuters.

“The United States will protect and defend its citizens. This includes those serving the United States now and those who formerly served,” a State Department spokesperson said on Saturday. “We are united in our resolve against threats and provocations, and we will work with our allies and partners to deter and respond to any attacks carried out by Iran.” 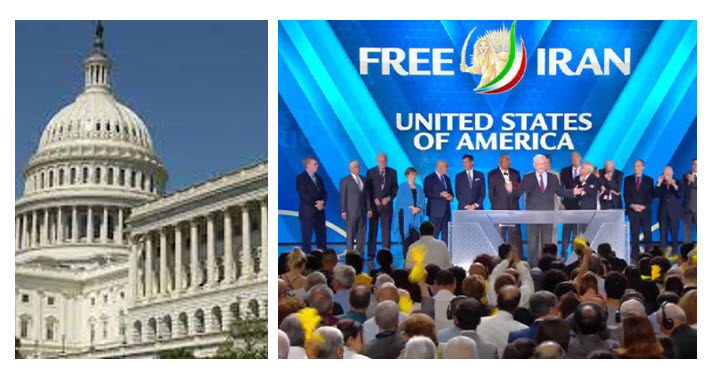 “We are united in our resolve against threats and provocations, and we will work with our allies and partners to deter and respond to any attacks carried out by Iran.”