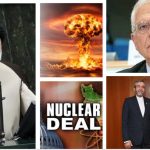 Written by Mohsen Aboutalebi on June 29, 2022. Posted in NEWS 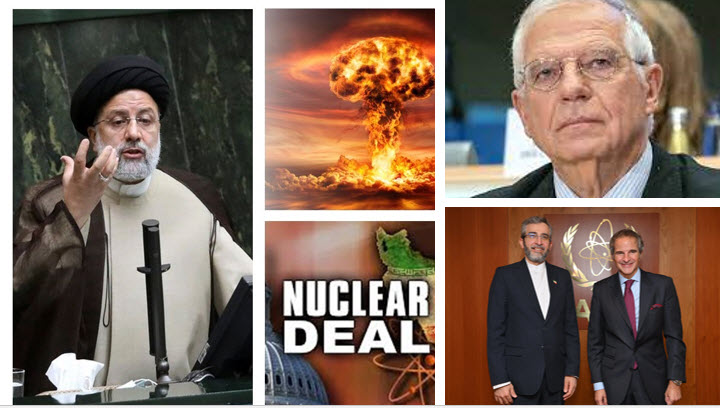 Josep Borrell, the High Representative of the European Union, traveled to Iran on June 24 in a last-ditch effort to persuade Teheran to reopen the Joint Comprehensive Plan of Action (JCPOA), the official name for the Iran nuclear agreement.

After numerous fruitless attempts to revive the deeply flawed 2015 deal, Borrell later characterized his visit as “constructive” and expressed hope for the Iranian regime’s return to the negotiations. The International Atomic Energy Agency (IAEA) Board of Directors passed a resolution denouncing Tehran’s lack of “transparency” regarding its nuclear sites almost two weeks prior to the visit.

Many observers believed that the regime’s action forced Western powers to act more forcefully in response to its nuclear extortion. Borrell, a supporter of Tehran’s appeasement, declared his readiness to visit Tehran as tensions grew. Iran also agreed to this visit, despite its anti-Western rhetoric and hollow display of power.

A few days following Borrell’s visit, Tehran declared its willingness to participate in negotiations. Ebrahim Raisi, the leader of the Iranian regime, emphasized his government’s responsiveness to “have sanctions lifted.” He also boasted that the regime would continue “neutralizing sanctions,” or circumventing sanctions, by taking advantage of Western powers’ lack of firm policy regarding the regime’s malign activities. 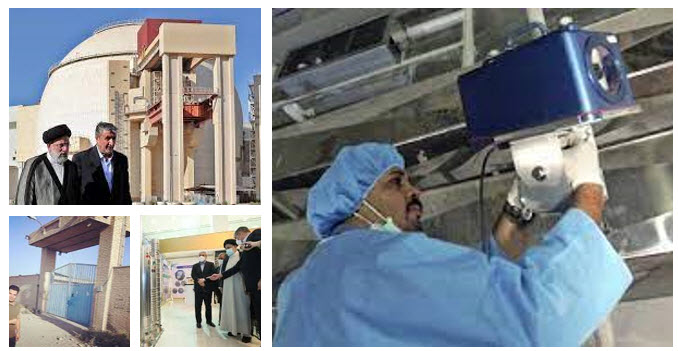 In response, the Iranian government declared it had turned off many of the IAEA cameras keeping a watchful eye on its nuclear facilities. The United States denounced this action, calling it “counterproductive” and “extremely regrettable.”

Iran’s economy is plagued by institutionalized corruption, poor management, and incompetence. The secondary but crucial role that sanctions play in deepening the nation’s financial crisis. People from all walks of life are motivated to protest Iran’s economic crisis, blaming the entire regime in their slogans as the real cause of their issues.

Despite Tehran’s efforts to evade sanctions by exploiting numerous loopholes and the West’s inability to stop these illegal activities, the regime lacks the resources to fund its terrorist front organizations or oppressive infrastructure. Tehran suffered yet another setback as a result of recent U.S. sanctions aimed at the regime’s petrochemical sector.

The Iranian regime is desperately trying to avoid further international isolation in the face of a society that is becoming more volatile. Tehran has been playing hide-and-seek for a while, but it seems that the international community has had enough.

The regime has two choices: either re-join the JCPOA and loosen sanctions or carry on with its rogue actions, which further isolate it internationally. Reversing the course will have serious repercussions for the regime dealing with a crisis of domestic legitimacy.

Tehran may be able to buy time by postponing the agreement, but doing so would only worsen the regime’s immediate problems.

“The world community might retaliate if we exact our vengeance by enriching uranium above 60% purity or by using more sophisticated centrifuges. We are in a crisis, so this is a complicated situation. The state-run Arman-e Meli reported on June 3 that “some officials, such as the MPs, warn against facing more economic problems, such as higher inflation in the summer.

The newspaper informs regime officials of the “domestic threat” out of fear of public backlash.

“We should be more concerned about a domestic threat than an international one at the moment.”

In a nutshell, the aspiration of the Iranian people to overthrow this regime is in line with putting more pressure on the regime and holding it responsible for its nefarious actions. But after decades of attempting every wrong strategy, would world powers finally choose the right course? Or do they keep ignoring the danger posed by nuclear-armed religious fascism?