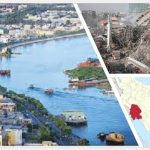 Written by Mohsen Aboutalebi on June 1, 2022. Posted in NEWS 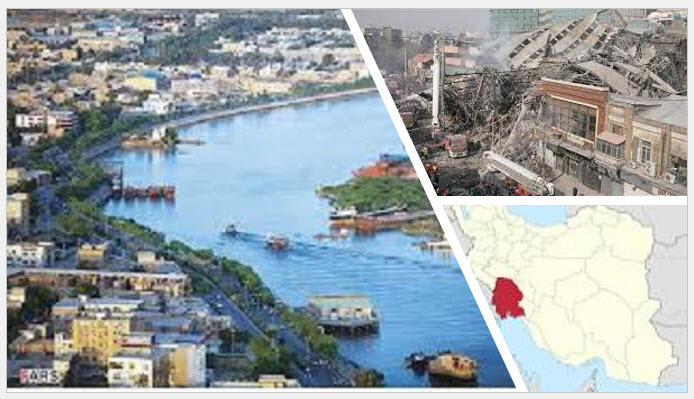 As per reports from Abadan, authorities have severely hampered internet access.

Following the May 23 collapse of the 10-story Metropol tower in Abadan, southwest Iran, people in the cities of Tehran, Shahr-e Rey, Andimeshk, Behbahan, Qom, Minoo Island, and Susangerd took to the streets in mourning ceremonies and anti-regime protests on Saturday night, May 28. According to state media, 29 people have died, 37 people have died, and dozens more are believed to be trapped beneath the rubble.

Security forces also forced stores to close, detaining and transporting their owners to unknown locations. Despite the regime’s harsh measures, residents in Tehran held a vigil for the people of Abadan and rallied, chanting “Death to the dictator!” in reference to the regime’s Supreme Leader Ali Khamenei.

Thousands of Iranians took to the streets in solidarity with the people of Abadan in southwest Iran on Friday night, May 27, holding demonstrations and chanting anti-regime slogans. These anti-regime demonstrations took place in the cities of Bushehr, Mahshahr, Shahin Shahr, Ahvaz, Omidiyeh, and Abadan, according to videos posted online. 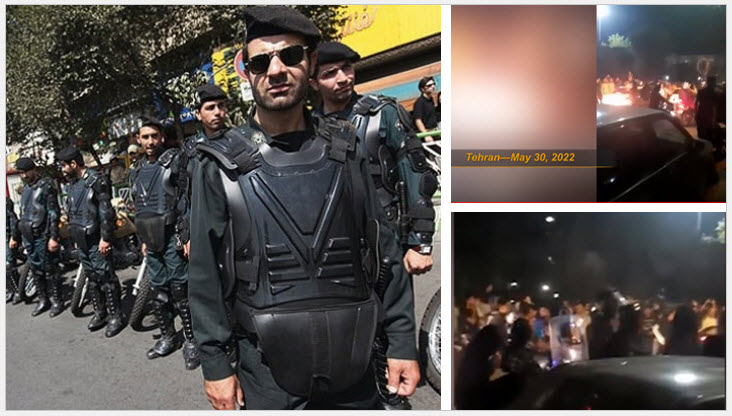 Thousands of Iranians took to the streets in solidarity with the people of Abadan in southwest Iran on Friday night, May 27, holding demonstrations and chanting anti-regime slogans.

The regime dispatched a large number of security units to the streets in other cities in Khuzestan province, southwest Iran, including Izeh, to prevent people from holding mourning ceremonies or demonstrations.

Activists continue to report internet outages in cities where protests are taking place, and authorities are using drones to control protesters from above. In videos posted online, state security forces are seen attacking peaceful demonstrators in various cities.

People in Khorramshahr, Abadan, Bandar Abbas, and other cities launched similar gatherings and protest rallies on Thursday night. People at those protests were heard chanting slogans like: “Mullahs must get lost!” “I will kill those who killed my brother!”

A large crowd of locals in Abadan, southwest Iran, took to the streets on Wednesday night, May 25, in anti-regime protests sparked by the collapse of the city’s Metropol tower on Monday, May 23. Angry protesters chanted slogans against the regime, local officials, and the corrupt contractor who was responsible for the faulty construction project.

The representative of Khuzestan province in the Supreme Provincial Council stated that the former mayor of Abadan, who oversaw the inauguration of the Metropol tower, now works for the Abadan Municipality’s Investment Organization, adding to public skepticism of the regime’s claims.