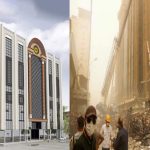 Iran: Ten-Story Building Collapses in the Southwestern City of Abadan 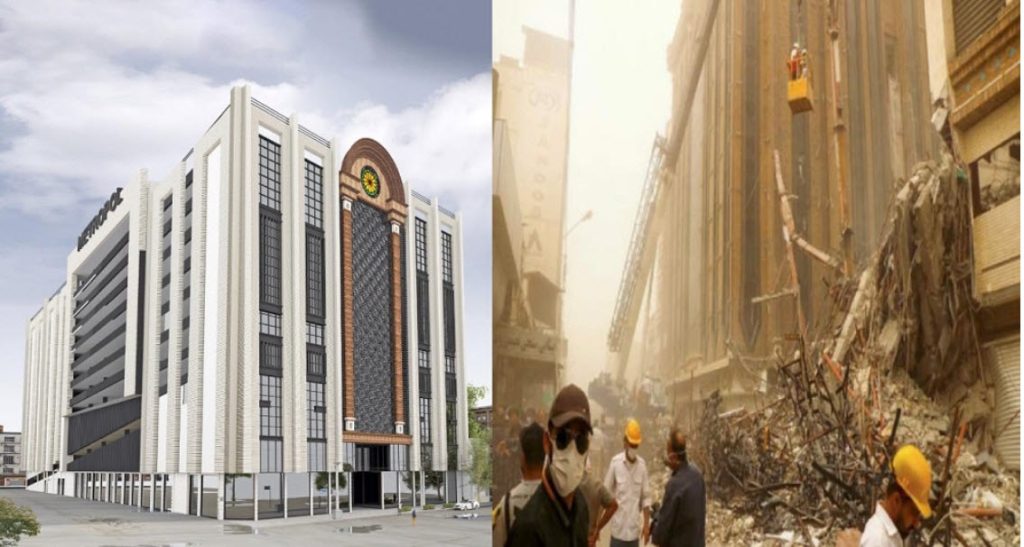 According to a Tuesday report on the state-run Khabar Online website, “from months ago there were reports of the building’s main column sinking and the ceilings of various floors sagging.

The Metropol tower in Abadan, southwest Iran, collapsed on Monday morning local time, killing at least seven people and injuring 31 others. According to state media, more than 50 to 80 people who were shopping in nearby stores could be trapped beneath the rubble. Ahvaz, Dashte Azadegan, Khorramshahr, Shadegan, and Mahshahar rescue teams have been dispatched to the scene.

Locals gathered near the collapsed building to express their displeasure. They were filmed chanting against corrupt city officials. “Today is a day of remembrance!” Abadan is in mourning because it lacks a [responsible official].

According to reports, over 30 vehicles have been buried beneath the massive rubble. With their bare hands, people began pulling victims and survivors from beneath the rubble. Authorities did not take any action for a few hours, such as dispatching necessary heavy machinery to assist in the rescue efforts and save lives.

According to state media, a residential-commercial complex on Amirkabir Street in the city of Abadan suddenly collapsed. Source provide mixed numbers of casualties. https://t.co/Ggw5tSsYOy pic.twitter.com/nM5tlVdYYI

After a few hours, Hossein Hamidpour, the regime’s mayor in Abadan, arrived on the scene. The semi-official ILNA news agency reported that locals attacked him and forced him to flee the area. Despite numerous technical flaws in the plans, this corrupt figure approved the construction of the Metropol twin towers.Iran’s regime has a track record of constructing disasters. In January 2017, dozens of firefighters were killed when a high-rise building in Tehran, Iran’s capital, collapsed after a fire that killed and injured dozens.

“About 25 firefighters are trapped inside and rescue teams are trying to get them out,” Tehran’s then-Mayor Mohammad Baqer Qalibaf, now the speaker of the regime’s Majlis (parliament), was quoted by a state-run TV outlet at the time, according to Reuters.

Following the collapse of the building, the people of #Abadan gathered and protested the systemic negligence by state officials.https://t.co/Ggw5tSsYOy pic.twitter.com/4JlalNos5G

At the time, state television reported that at least 75 people had been injured, including 45 firefighters.

More than 200 firefighters were on the scene when the building collapsed, local media reported. Just north of the city’s famous bazaar, the tower was attached to a multi-storey shopping mall.

The cause of the fire is unknown, but Iran’s Tasnim News Agency reported that it started on the ninth floor, according with Reuters. Many have pointed the finger at regime officials and their corrupt practices as the cause of the disaster.