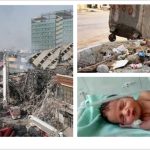 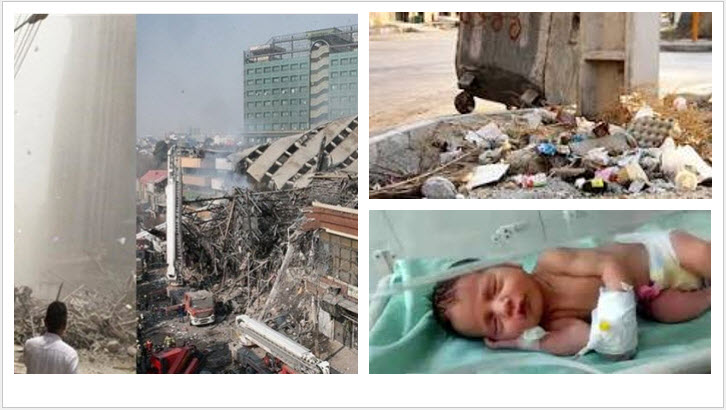 The collapse of the Metropol building in Abadan coincided with the release of a painful video of an abandoned baby in a bin in Tehran.

These two events demonstrate the magnitude of the regime’s corruption and looting of a wealthy country like Iran, as well as its people. The reality of the situation is that Iran has more than enough resources to prevent such bitter episodes from occurring, but none of the wealth reaches the Iranian people due to the Iranian regime’s politics. As a result, people are forced to live their lives in constant fear of the regime’s threats.

“We should not lose sight that in fatal accidents with a high number of casualties there is a footprint of corruption,” the regime’s state-run daily Arman-e Meli wrote in its publication, referring to the widespread corruption. We must now understand more than ever that corruption, selfishness, and personal and group utilitarianism threaten people’s lives besides they are plundering them.”

“These corrupt relationships and disregard for rules and regulations are suddenly becoming evident in places like the Metropol building in Abadan, which are causing disasters,” it continued. Weak management based solely on political, familial, and acquaintance relationships, even if they are not tainted with corruption, provide fertile ground for corruption, which spreads like thousand-headed cancer and pollutes every place.” 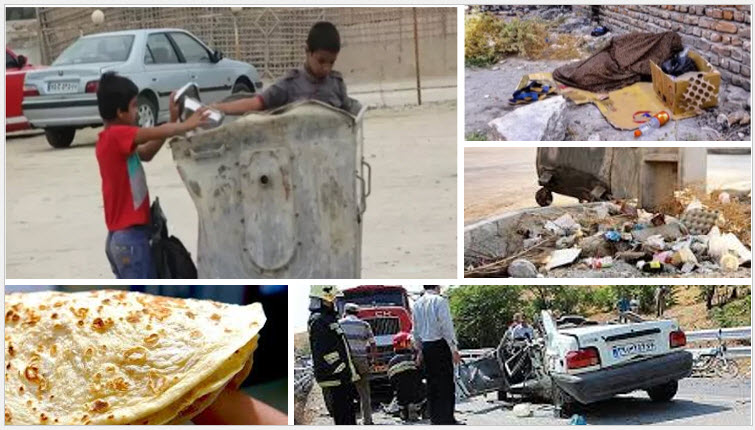 It is indeed a bitter, painful, and, unfortunately, believable story, about the hidden cruelty that exists beneath the surface of Iran’s cities.

Highlighting the need to learn from these tragedies, the Arman-e Meli also stated, “Let’s learn for once, at least from the suffering of the survivors and victims of the Abadan Metropol, that there is no compliment and that problems cannot be solved by a few administrative orders. To define everything around national interests, security, and safety, we need big and courageous changes in structures and decisions.”

The collapse of the Metropol building occurred despite promises from regime officials that construction projects would be fundamentally overhauled and strict regulations enacted, with controls and oversight to prevent accidents, Now, in Abadan, a 10-story building has collapsed, killing 28 people so far, and no one knows how many people are still trapped beneath the rubble. 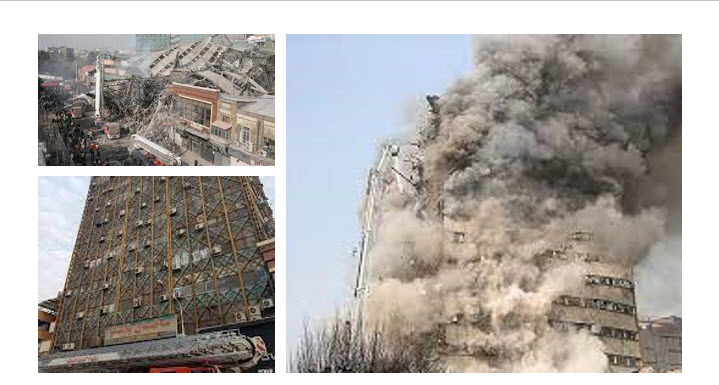 Following a similar accident in Tehran involving the Plasco building On January 19, 2017, an accidental fire, again this time happened just because of corruption and mismanagement of the whole system of the mullahs’ regime.

The risk of the rest of the building collapsing, as it did in the Plasco incident, poses a threat to the rescuers, who are mostly civilians. Videos on social media have repeatedly shown that the regime does not provide any aid to those affected by similar accidents, or even natural disasters and that the people are left to deal with the aftermath on their own.

All accidents in Iran have an unusually high number and frequency. No one can ever give you an exact number of people killed or injured as a result of the regime’s policies on the streets, factories, or construction sites, or the regime’s inclination for concealing the truth.