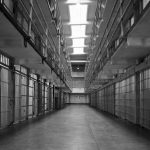 Written by Mohsen Aboutalebi on May 21, 2022. Posted in NEWS 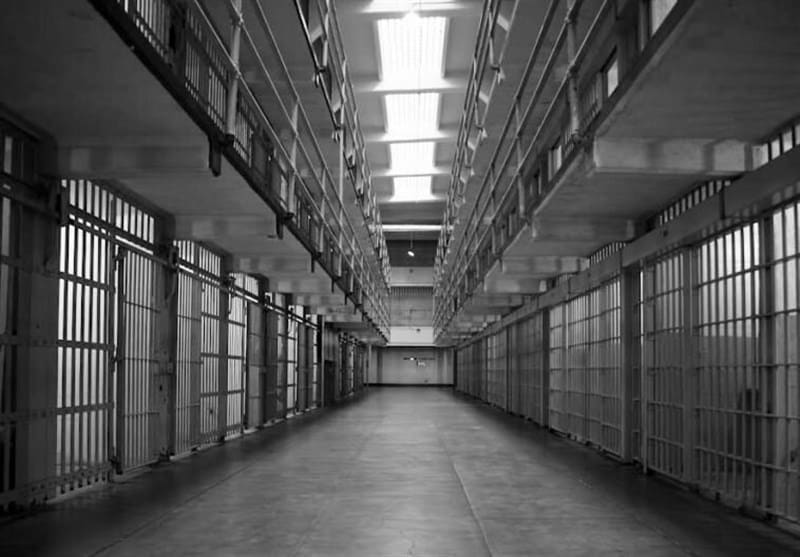 Over 48,000 “undecided” detainees are currently being investigated by agencies such as the State Security Force (SSF) and the Ministry of Intelligence and Security (MOIS).

5,197 people are on death row or have been convicted of Qisas, according to the Prisons’ Organizations (retribution). Furthermore, 107 death row inmates were sentenced to amputation, 51 to stoning, and 60 death row inmates were under the age of 18 at the time of the alleged offense in 2020. Over 48,000 “undecided” detainees are currently being investigated by agencies such as the State Security Force (SSF) and the Ministry of Intelligence and Security (MOIS).

There are currently 210,423 prisoners, excluding those held by the SSF, MOIS, IRGC, and military detention centres. According to the following document, 23% of the Prisons Organization’s over 48,000 inmates are classified as “undecided,” owing “primarily to the judicial process in the investigation stage.” 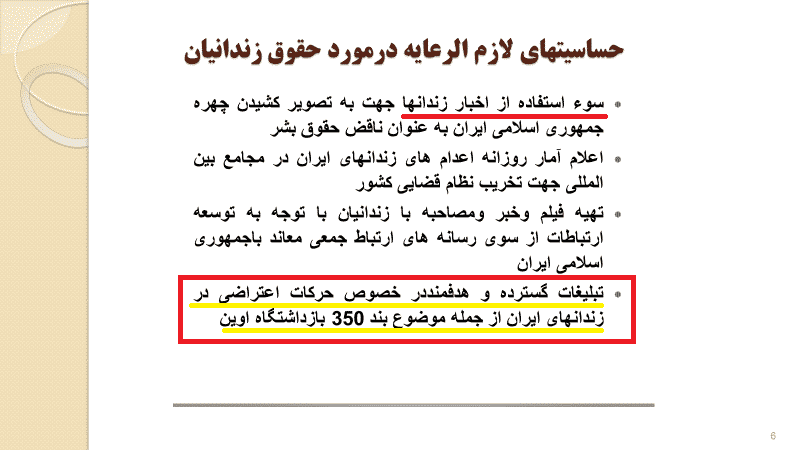 “Paying attention to extensive and targeted propaganda regarding protest movements in Iranian prisons, including the case of ward 350 of Evin Detention Center,” is one of the “necessary sensitivities” in the clerical regime’s judiciary.

Mr. Massoud Rajavi, Leader of the Iranian Resistance, referred to this ward as “Resistance Unit #350” in a June 2014 message, and highlighted GholamReza Khosravi’s execution as the most defiant political prisoner in this ward. Khosravi, a MEK supporter and a symbol of tenacity, was sentenced to death for providing financial support to the Iranian Resistance Television. On June 1, 2014, he was hanged.

The names of 107 prisoners sentenced to amputation are listed in this “highly confidential” document dated July 10, 2020. Attached is a document detailing these heinous, inhumane, and abhorrent punishments. 77 of the penalties are for petty thefts and robberies, the details of which are not recorded in the document. These sanctions are being imposed at a time when the real thieves and plunderers of the Iranian people’s wealth and resources, namely the clerical regime’s officials, enjoy complete freedom of action.

The attached “Highly Confidential” document lists the names of 51 people who have been sentenced to be stoned in September 2020, at least 23 of whom are women. The names of individuals and their alleged crimes are deliberately masked in this document by NCRI’s Security and Counterterrorism Committee. 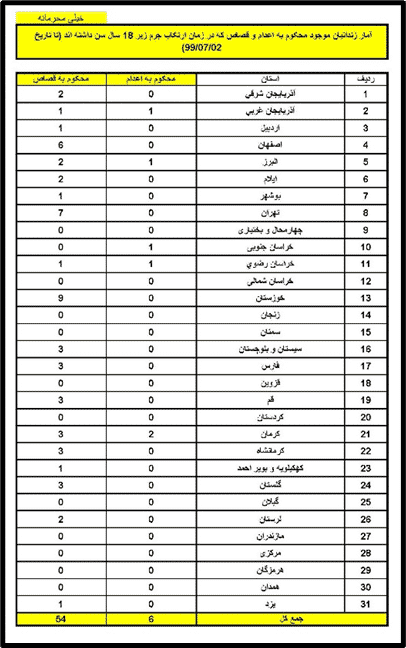 The provincial statistics of 60 juveniles sentenced to death or Qisas

Another “Highly Confidential” document, dated October 2020, contains provincial statistics on 60 juveniles who were under the age of 18 at the time of their arrest and were sentenced to death or Qisas. The document is available and can be submitted to international courts, but the commission has refused to publish and disclose the names and details of the alleged crimes. 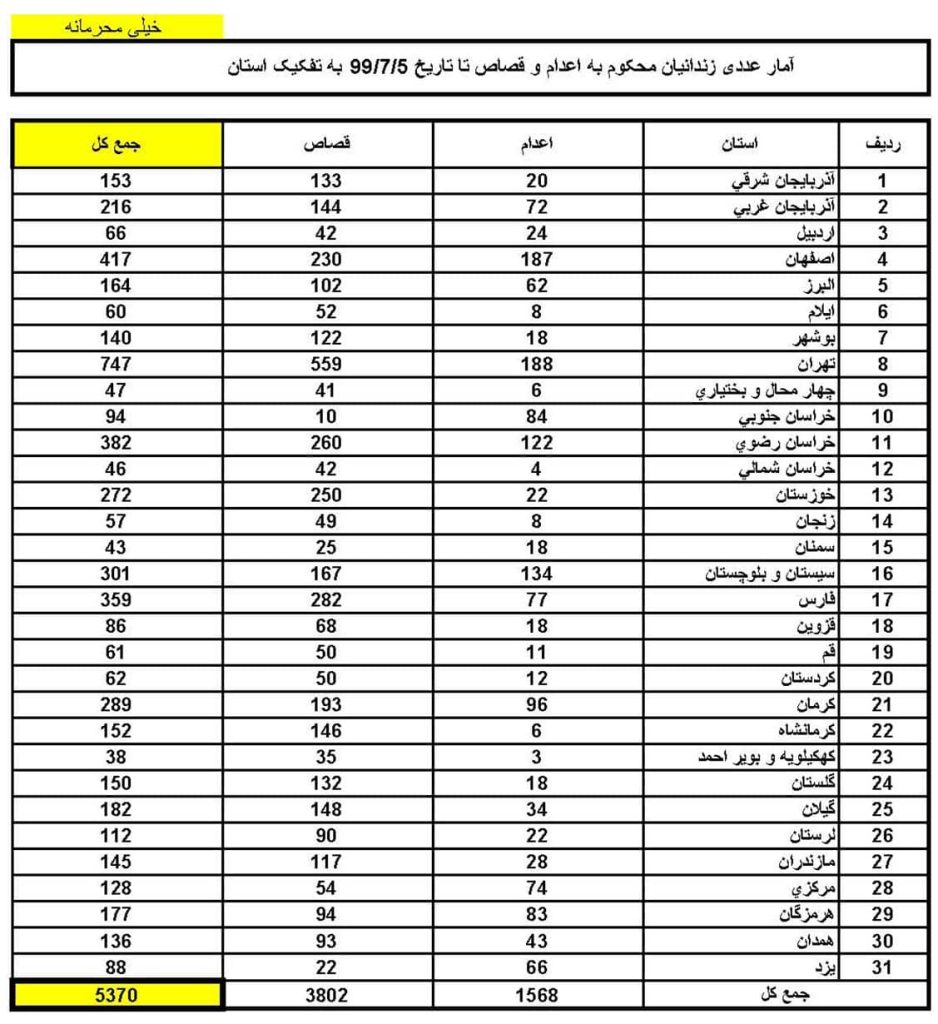 The documents, dated September 26, 2020, include a list of 3,802 prisoners sentenced to Qisas and 1,568 prisoners sentenced to death in the regime’s prisons (5,370 in total), which includes numerous cases of political charges mixed in with ordinary crimes. Although the documents are attached, there is no additional information as to why some of these verdicts have yet to be implemented.