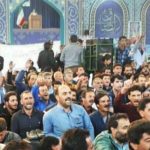 Written by Mohsen Aboutalebi on May 6, 2022. Posted in NEWS

The existence of organized opposition in society, and the threat of a looming uprising.

On Tuesday, Iran celebrated Eid-al Fitr. Apart from making false claims of ‘victory’ over their ‘enemy’ and using anti-Western rhetoric, the handpicked Imams acknowledged the country’s economic crisis, the existence of organized opposition in society, and the threat of a looming uprising. These prayers follow the regime’s Friday Prayers sermons, which reflected the regime’s total domestic and international impasse.

On Tuesday, Ahmad Khatami, the Eid prayer leader in Jamkaran, near Qom, admitted, “We are facing skyrocketing prices, which is very painful.” According to the state-run IRNA news agency, he claimed, “The Islamic Republic has not reached a dead end and will never reach one.”However, why does Khatami have to emphasize it if the regime is ‘powerful’?

Iran’s ruling theocracy has used prayer sermons to transmit the supreme leader’s messages since hijacking the 1979 anti-monarchic revolution. The message’s content is influenced by the regime’s current situation. As a result, soon after the revolution, the mullahs established a multi-task religious apparatus to carry out their backward interpretation of Islam and destructive policies. 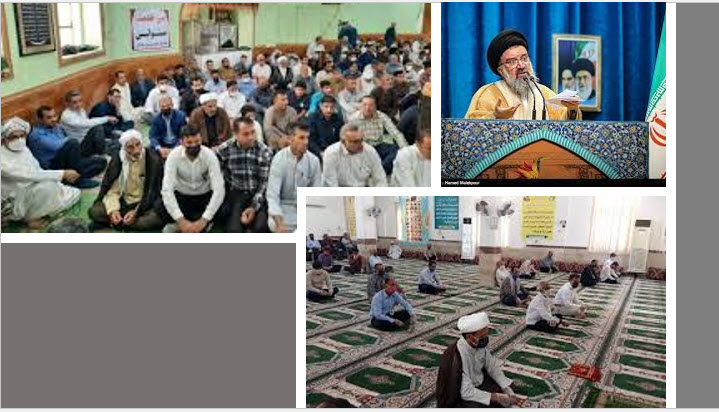 On Tuesday, Ahmad Khatami, the Eid prayer leader in Jamkaran, near Qom, admitted, “We are facing skyrocketing prices, which is very painful.”

“Officials must intervene to keep prices from rising.” Rasoud Falahati, a prayer leader in Gilan province, northern Iran, was quoted by Fars news agency on May 3 as saying, “local officials in Gilan province should strive to prevent people from having difficulties.”Prices do not obey orders, and regime officials should abandon their corrupt policies in order for prices to decrease, according to Khamenei’s representative in Gilan.

“The country is beset by two issues. The first is the ever-increasing prices and those who are responsible for them. On Tuesday, Khamenei’s representative in Mashhad, Ahmad Alam-Al-Hoda, said, “The second is the mal-veiling.”Alam-Al Hoda, dubbed “Khorasan Province’s Ruler,” speaks of people’s livelihoods while presiding over a financial empire in which his children hold key positions. In addition, Ebrahim Raisi, his son-in-law, is now the regime’s president.

“The absence of virtue seriously impacts people’s living conditions,” he claimed, as per Fars news agency, an outlet linked to the Revolutionary Guards. It’s worth noting that several acid attacks and hit-and-runs targeting women have occurred in Mashhad under the guise of “promoting virtue and preventing vice.” Women who attempted to attend a soccer match in Mashhad were attacked by regime forces last week. These attacks were encouraged by Alam-Al Hoda, who was later revealed to be the mastermind behind them. 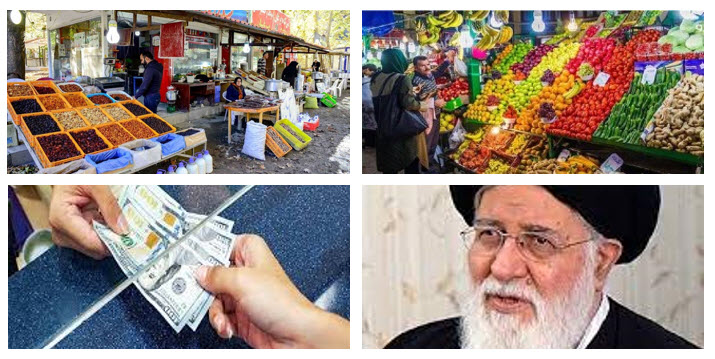 Alam-ol Hoda, dubbed “Khorasan Province’s Ruler,” speaks of people’s livelihoods while presiding over a financial empire in which his children hold key positions. In addition, Ebrahim Raisi, his son-in-law, is now the regime’s president.

According to Fars, Kazem Sediqi, Eid prayer leader, admitted on May 3 that “some people are suffering from rampant prices and expect these problems to be resolved.”Sediqi called for “restraining social media platforms” that have been exposing regime officials’ misdeeds and revealing their true colours while acknowledging the growing support of the Iranian Resistance and the role of social media.

Meanwhile, on May 1 and 2, teachers and workers across the country held nationwide rallies. Later, the regime’s security forces announced that they had arrested some activists linked to Iran’s main opposition, the People’s Mojahedin of Iran (PMOI/MEK).Sediqi, on the other hand, did not hesitate to claim that “workers have zealously supported the Islamic Republic and never responded to the [MEK] calls to protest on the streets.”

Iran is currently experiencing its worst economic and social crisis in a century. Thousands of advertisements on walls selling body parts or preselling babies, images of children searching the trash for food, and protests by people from all walks of life are testaments to the country’s depressing yet explosive state. 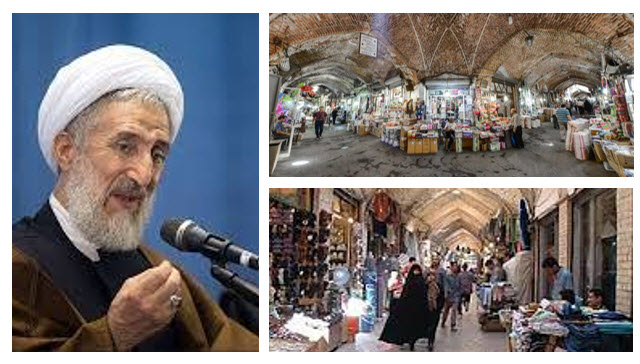 This week, a concerted choir has been set up throughout the regime’s Friday prayers, with all mullahs talking about the high cost of food and goods. Perhaps they have just realized that people are rising up and overthrowing the regime because of hunger.