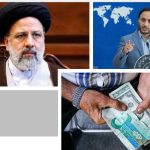 Written by Mohsen Aboutalebi on May 2, 2022. Posted in NEWS 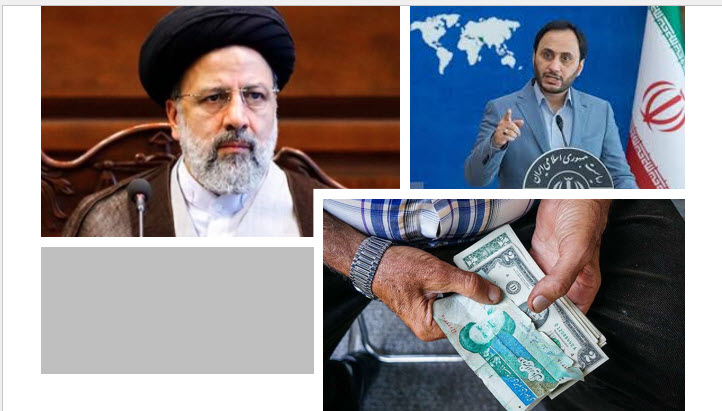 Bahadori Jahromi, Raisi’s government spokesperson, announced on March 16 that the “preferential currency is not yet eliminated,”

Ebrahim Raisi’s government has been debating whether or not to implement his decision to abolish the official exchange rate since announcing it. The skyrocketing prices indicate that the “hanging judge” and his government have indeed abolished the preferential rate, but are engaging in a game of hide-and-seek to avoid public outrage. Bahadori Jahromi, Raisi’s government spokesperson, announced on March 16 that the “preferential currency is not yet eliminated,” as reported by the state-run Tejarat News, just days after the regime’s parliament rushed to approve the removal of the official exchange rate.

“Prices rose on a daily basis before the official exchange rate was abolished. Now, thanks to the government which brags about helping the poor [and removing the preferential rate], prices skyrocket every hour,” Raghfar added. He also admitted that Raisi is talking about economics above his weight and mocked his claims, such as eradicating poverty in two weeks.”Even a teenager understands that poverty cannot be eradicated in two weeks.” Raisi’s actions are unforgivable. When people talk about their problems, how can the president of a country allow himself to speak nonsense?” Raghfar asked. 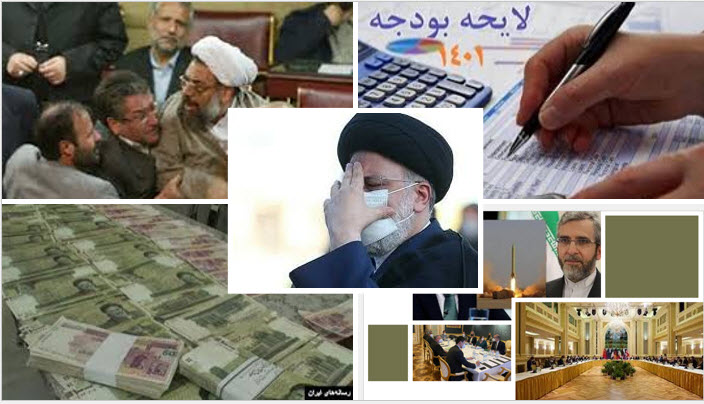 When people talk about their problems, how can the president of a country allow himself to speak nonsense?” Raghfar asked.

Mohsen Zangeneh, a member of the Parliamentary Program and Budget Commission, agreed that eliminating the preferential rate would have negative consequences.”Inflation expectations should also be taken into account.” The ongoing announcements by Raisi and his ministers on removing or maintaining the preferential rate have negative effects on inflation and accelerate its increase,” he said on April 23, as quoted by the state-run Mehr News Agency, an outlet linked to the regime’s Ministry of Intelligence.

The so-called preferential rate, which was first introduced in 2018, became the country’s official exchange rate to control soaring consumer goods prices. The first major Iran protests in 2018 were sparked by skyrocketing prices, which shook the regime’s foundations. These protests occurred shortly after Hassan Rouhani’s so-called “moderate” government deceived the international community by delivering Tehan a windfall of cash, proving once again that sanctions are not the primary cause of Iran’s economic crisis.

Hassan Rouhani and his government chose to keep the currency rate stable. Rouhani’s vice president, Eshagh Jahangiri, was the first to announce the existence of 42,000 rials for a dollar exchange rate. As a result, the rate is also referred to as “Jahangiri’s currency.”Due to a lack of currency, the Rouhani government began printing banknotes, increasing liquidity while the country’s output remained below 3%. As a result, inflation and prices began to rise.

Raisi’s main motivation for abolishing the official exchange rate is to focus Tehran’s limited resources on regional war-mongering and terrorism while keeping the regime’s oppressive apparatus on the ground. However, the regime’s decision to implement the new monetary policy has been delayed due to the social impact and fear of public protests.

Protests by people from all walks of life can be seen across Iran, illustrating the country’s unpredictability. The economic crisis is being blamed on the regime and its disastrous policies. They cannot take more skyrocketing prices, which sends a chill to the regime’s bones.

“Rising inflation should be taken seriously because it makes people’s lives more difficult. On April 30, the state-run Etemad daily wrote, “Inflation causes absolute poverty, breaks the backs of fathers, and brings tears to the eyes of ashamed mothers who cannot feed their children.”