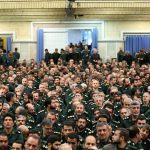 Iran: Regime Does Not Respond to Western Appeasement 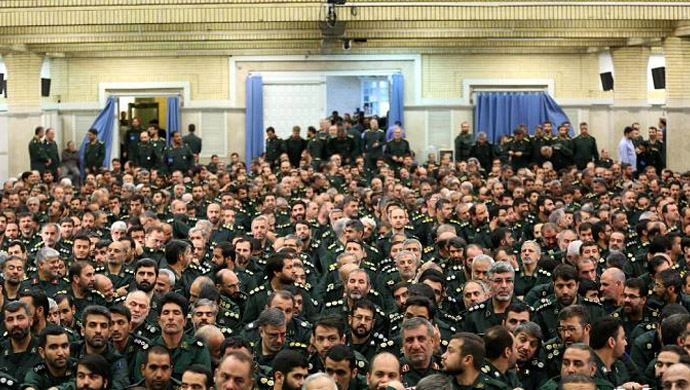 The IRGC declared in a statement released on March 31 that “Iran’s missile capability and regional influence are linked to the name of the Revolutionary Guards” and that this is a “red line” for the regime.

The Iranian regime’s Revolutionary Guards (IRGC) have stated unequivocally that they will not compromise on their terrorist activities or ballistic missile development. The IRGC declared in a statement released on March 31 that “Iran’s missile capability and regional influence are linked to the name of the Revolutionary Guards” and that this is a “red line” for the regime. “We explicitly declare that powerful Iran never defined its path to deterrence power and guaranteed security based on the whims of the rulers of the White House and their evil allies, and it will not change its path through their evil pressure, threats, or media and evil propaganda.”

This is in response to recent reports about public opinion around the world regarding ongoing nuclear talks between Iran and world powers. Politicians and lawmakers in the United States and the Middle East are becoming increasingly vocal about the need for a deal that addresses Iran’s regime’s multiple threats, including its terrorist activities and ballistic missile program.

The Joint Comprehensive Plan of Action (JCPOA), which was signed in 2015, was solely focused on Iran’s nuclear program. As a result, the regime used the agreement’s windfall cash and economic benefits to fund more terrorist proxies in the region and accelerate its ballistic missile program—while secretly continuing its illicit nuclear activities.

So far, Tehran’s interlocutors have been pursuing a solution that, at best, skirts around the issue. Rather than bringing the regime’s terrorist threat, front and center in the nuclear talks, Western politicians are attempting to tame the regime through incentives, according to various reports.

Officials in the United States are considering removing the IRGC from its list of Foreign Terrorist Organizations (FTO), a condition imposed by the regime in exchange for a possible nuclear deal. However, as news of the IRGC’s possible delisting spread, the Guards launched a missile attack on Erbil, Iraq, on March 13, with officials claiming responsibility.

Then, on March 23, a new report claimed that the US has proposed delisting the IRGC in exchange for the regime’s commitment to regional de-escalation and abandonment of plans to assassinate American officials. Many observers scoffed at the quid pro quo, claiming that such a commitment would be worthless, citing the Iranian regime’s history of violating international agreements and even its own constitution.

The regime not only rejected the proposal but also committed another act of aggression. On March 25, the Houthis, a Yemeni terrorist group backed and funded by Iran’s regime, attacked Saudi Arabian oil facilities. The Houthis have carried out several similar missile and drone attacks on behalf of their masters in Tehran in recent months. And now, according to the IRGC’s most recent announcement, the regime has no intention of easing up on its provocative behavior.

Decades of failed appeasement have demonstrated that the regime will not relinquish its support for terrorism. The IRGC thrives on instilling fear in the region and around the world.  Terrorism and warmongering are key pillars of the mullahs’ regime’s foreign policy, as the regime’s own officials have repeatedly stated. Those who believe they can deal with the regime’s threats by offering incentives and concessions are doomed to repeat their predecessors’ mistakes.