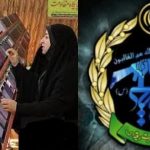 Written by Esmail Mohades on April 5, 2022. Posted in NEWS 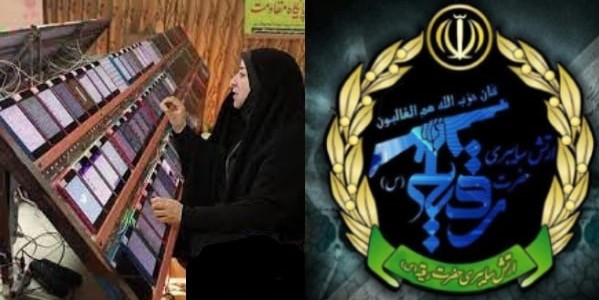 “Users were in ‘fire at will’ mode because it was a psychological operation. When one of these accounts tweeted something, it was quickly retweeted by others who claimed to be its friends.”

In an interview on March 28, Ruhollah Mo’men Nasab, the former head of the Culture Ministry’s Digital Media Center and the man who asked the Iranian regime’s judiciary to subpoena Facebook founder Mark Zuckerberg in 2014, admitted to part of what he called “old information.” “We made new Twitter accounts using the personas of other Twitter influencers, most of whom were counter-revolutionary activists. Ours only differed in one character and was otherwise identical to the original. We used the same photo and name, but it was all a hoax. We began our activities after we had completed the creation process.

“Users were in ‘fire at will’ mode because it was a psychological operation. When one of these accounts tweeted something, it was quickly retweeted by others who claimed to be its friends. Eventually, the fake account’s tweets were reposted by the influencer’s genuine friends.”

These were the words of an Iranian regime official who now oversees a parliamentary bill that will undoubtedly restrict internet users’ access to information flow within Iran.

The clerical regime is known to have a vast intelligence and counterintelligence complex to monitor, manipulate, and dominate cyberspace, in addition to a few dozen military and security organizations that specialize in terrorizing Iranian society and the rest of the world. The network primarily performs two types of tasks. A cyberspace force responsible for hacking and other types of online assaults is the most well-known. Another, lesser-known and less-technical force, whose tracking and identification have been less well documented, has served Tehran just as well, if not better.

This branch of the cyber army is a vast network aimed at disseminating and promoting government discourse on the Internet, as well as harming dissidents and opposition groups, identifying anti-regime users, and supporting regime activities. The Islamic Revolutionary Guard Corps (IRGC-IU) special intelligence unit, in collaboration with the Iranian regime’s Ministry of Intelligence (MOIS), has launched a massive social media surveillance system with tens of thousands of accounts.

To date, no Iranian organizations or institutions have formally accepted responsibility for the cyber army, but evidence suggests that the IRGC-IU and the MOIS are involved in a complex, intertwined relationship. There are scattered references in the evidence to a number of regime officials who have admitted to the special force’s activities.

In April 2011, Mojtaba Zulnoor, the former deputy representative of Iran’s Supreme Leader at the IRGC, implied that the state had an “Iranian Cyber Army” and boasted that the Islamic Republic had used the cyber army to hack enemy sites.

“In cyberspace, the enemy seeks to cripple a country’s infrastructure and subsystems through soft warfare, and it was clear that the enemy had invested heavily in this area, so we had to prepare ourselves to face this aggression,” then-IRGC Commander Mohammad Ali Jafari said in May 2011, adding, “The potential that the IRGC created within itself paved the way for the identification and confrontation of these networks, and it was able to control these networks.”

“With a cyber army like ours, we have bigger conquests ahead of us,” Mohammad Hussein Saffar Harandi, Ahmadinejad’s Minister of Islamic Guidance and Culture, said in March 2010.

“The foundations of the cyber army in the IRGC were established in 2005, prior to Mr. Ahmadinejad’s presidency,” Farvartish Rezvaniyeh said. They identified two or three powerful Iranian hacking teams and requested their cooperation. A group of hackers was enlisted to help. They sent the money and instructed you to complete the task. They didn’t know that they were working with the cyber army. Following the election, things became more serious. One of the people who had one of the strongest hacking teams in Iran was the son of a senior official in the Ministry of Intelligence.” 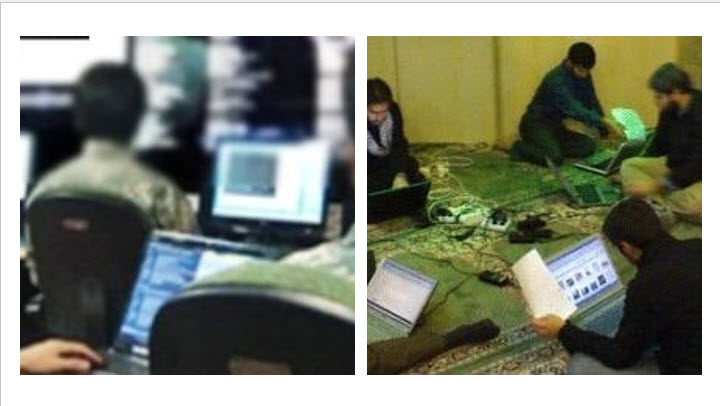 An Iranian journalist said in an interview with Radio Farda, a US government-funded Persian language network, on April 13, 2010, that his investigation suggests the cyber army is controlled by the IRGC.