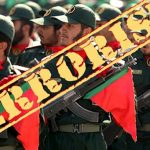 U.S. Should Designate MOIS as a Terrorist Organization 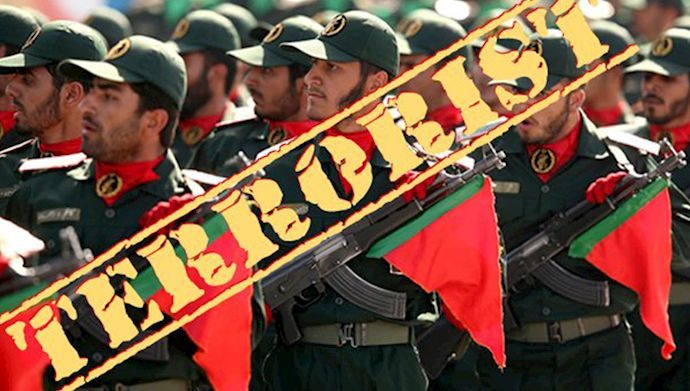 IRGC blacklisted for its terrorist activities.

On April 8th, the United States announced that it had added the Islamic Revolutionary Guards Corps (IRGC) to its list of Foreign Terrorist Organizations (FTOs). The designation carries significant economic and political consequences for the IRGC, as well as the Iranian regime, and has already jeopardized Iranian regime’s chances at gaining membership in the Financial Action Task Force (FATF).

After Calls from the #MEK and #NCRI, the #US is Set to Include the #IRGC and #MOIS in its Terror Blacklist https://t.co/D0ixKoL9jp … #BlackListIRGC #BLackListMOIS #Iran @USADarFarsi pic.twitter.com/UHRylN5HIh

The FTO designation applies to the IRGC and all of its associated entities, including the Quds Force, the Basij Organization, and the Aerospace, Navy, and Ground Forces. Anyone found providing these entities or their officials with financial support, equipment, training, or professional advice will face civil and/or criminal prosecution by U.S. federal authorities.

The Iranian Resistance has called for the international community to blacklist the IRGC for many years because of its suppressive actions toward its own people and its terrorist activities in the region. The FTO designation is a welcome step toward curtailing the regime’s ability to finance and provoke regional hostilities.

Because of the FTO designation, the Iranian regime will no longer be able to deliver promised money, weapons, training, or fighters to IRGC-affiliated militia groups participating in wars and regional conflicts. According to the Pentagon, the Iranian regime was responsible for the deaths of at least 608 U.S. service members in Iraq between 2003 and 2011. Currently, the regime spends billions each year supporting Bashar al-Assad’s dictatorship in Syria. IRGC groups will also lack funding to train terrorist groups to carry out attacks, as they have done numerous times over the past four decades.

The IRGC’s reach extends far beyond the military. The Revolutionary Guards control more than half of Iran’s economy, which means that anyone who chooses to work with an Iranian business or entity faces the possibility that they might be aiding a terrorist group and could suffer serious consequences as a result.

The MOIS and its Terrorist Activities

Designating the IRGC as an FTO is an excellent step in ending the Iranian regime’s reign of terror, but the U.S. needs to go further. Last year, the regime’s Ministry of Intelligence and Security (MOIS) was responsible for coordinating terrorist plots against MEK members in Albania, France, Denmark, and the United States. The foiled bombing of the annual gathering of the MEK outside of Paris in June 2018 led to the arrest and prosecution of a regime diplomat, who masterminded the attack on behalf of the MOIS. Several MOIS agents were expelled from Europe as a result of the planned attack, and Europe sanctioned the MOIS for their role in terrorist activities.

Foiled Iranian plot to bomb PMOI/MEK Rally in Paris is more proof that mullahs are Godfathers of terror. Diplomat from Iran Embassy in Vienna one of those arrested. Austria must close this embassy immediately and refuse Rouhani's visit to the country this week.

Last summer, Facebook and Twitter removed hundreds of fake accounts belonging to agents of the Iranian regime. The accounts were created to disseminate false information, much of which was intended to vilify the MEK. The MOIS was responsible for this large scale operation to deceive the American people.

The Iranian people are very close to overthrowing the theocratic regime and restoring democracy to their country. Since the widespread uprisings of December 2017, the MEK has taken the lead in organizing anti-regime protests across the country, and the Resistance Movement has spread. Protests, strikes, and demonstrations occur on a daily basis, despite the suppressive actions of the regime and its forces. The country is nearing a revolt.

As the MEK and the Iranian Resistance grow in strength and number, so does the regime’s fear. The MOIS has stepped up its terrorist activities against the MEK over the past year, and it is likely to continue to escalate its attacks on foreign soil.

.@Maryam_Rajavi: We call on the Unites States to expel the #Iran regime’s operatives from the United States and urge western governments to shut down the regime’s embassies which are control centers for espionage and terrorism.#FreeIranWithMaryamRajavi@SecPompeo @USAdarFarsi pic.twitter.com/nxpio9goRe

It is time to end the terrorist Iranian regime. Resuming sanctions and designating the IRGC as a terrorist organization is a productive means to curb the regime’s financial access to power. Adding the MOIS to the FTO list would be a sensible next step that would make the world safer for everyone. Recognizing the right of the Iranian Resistance to overthrow their oppressors would then clear the way for the people to finally choose their own destiny. The final steps lie in the hands of the Iranian people.