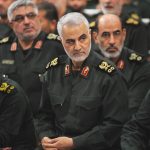 After Calls from the MEK and NCRI, the US is Set to Include the IRGC and MOIS in its Terror Blacklist 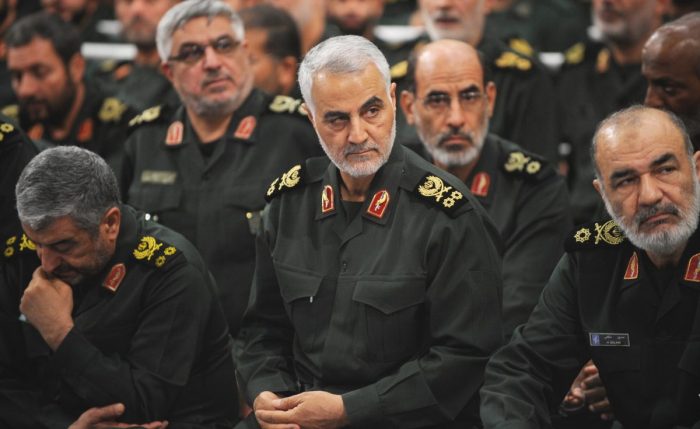 Over the weekend, two op-eds captured the international sentiment towards the Iranian regime. The first came on Saturday, April 6. Ali Safavi of the National Council of Resistance of Iran’s (NCRI’s) Foreign Affairs Committee wrote an op-ed for Lima Charlie World calling on the international community to acknowledge the threat of Iranian state-sponsored terror.

The Iranian regime has openly admitted that it sends agents to the United States and other nations under the guise of journalists. In August last year, US authorities arrested two agents of the regime’s Ministry of Intelligence (MOIS) for plotting a terror attack against members of the People’s Mujahedin Organisation of Iran (MEK), an opposition pro-democracy group.

Given the clear evidence that the Iranian regime is planning terror attacks on US soil, Safavi argues that that the MOIS and Revolutionary Guards (IRGC) should be included in the US’s Foreign Terrorist Organizations (FTO) list.

The two are already on the US government’s Specially Designated Global Terrorists (SDGT) blacklist.

The IRGC plays a central role in suppressing the political opposition within Iran. Companies associated with the entity control most of the Iranian economy.

Safavi describes how both the IRGC and the MOIS are active in several countries across the globe. “The IRGC has numerous facilities inside Iran to train terrorists as part of the regime’s strategy to step up its meddling abroad,” he writes.

The IRGC has also been behind around 608 deaths of American service members, around 17% of the total US personnel deaths in Iraq between 2003 and 2011. This is in addition to the many thousands of Iranians it has tortured and killed.

2018 saw a marked increase in the regime’s state-sponsored terrorism output. Plots were foiled in Albania, France, the Netherlands, Denmark, and the US. Iranians and European citizens were among those targeted.

Safavi argues that the MOIS and IRGC meet the criteria for inclusion on the FTO list. Under Section 29 of the Immigration and Nationality Act, a group must meet three requirements for inclusion on the list. It must be a foreign organization. It must engage in terror activities, or “retain the capability and intent to engage” in terrorist activities, and it must pose a threat to US nationals or the national security of the United States.

The IRGC and MOIS clearly fulfill all three requirements.

Writing for Eurasia Review, human rights advocate Hassan Mahmoudi wrote that the blacklisting of IRGC would, “ramp up pressure on the elite force.”

IRGC commanders Believe that the obedience of the supreme leader is a divine duty. consequently, listing IRGC as Foreign Terrorist Organization is a heavy blow to Khamenei and the whole regime.#BlackListIRGC pic.twitter.com/wVYAKdP18Z

The move will be welcomed among the Iranian opposition, including the NCRI and MEK. The MEK’s president-elect, Maryam Rajavi, has been calling for a more assertive stance towards the Iranian regime from the international community. This inclusion of its MOIS and IRGC forces will be just that.

The Iranian Revolutionary Guards corps (#IRGC) is responsible for thousands of political executions , torture in prisons , crackdown on protesters, massacare and homlessness of syrian people and …#BlackListIRGC #IRGCTerrorists pic.twitter.com/RRXgCpLnej

On January 11, Maryam Rajavi urged the US to include the IRGC in its FTO. She also called for governments to refer Iranian human rights abuses to the UN Security Council.

For decades, western governments have adopted a policy of appeasement towards Iran. In doing so, it has empowered and emboldened the regime. Mahmoudi writes, “inaction regarding the IRGC and MOIS has further enabled the regime to set up missile factories in Syria, Lebanon, and Iraq in order to broaden its regional sphere of influence.”

The inclusion of the organizations on the FTO is more than simply a symbolic one. It will make it illegal for a US person to provide material “support or resources” to these entities. This includes advice or assistance. It will also allow the government to remove MOIS or IRGC officials from US soil.