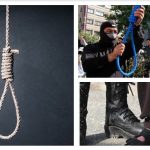 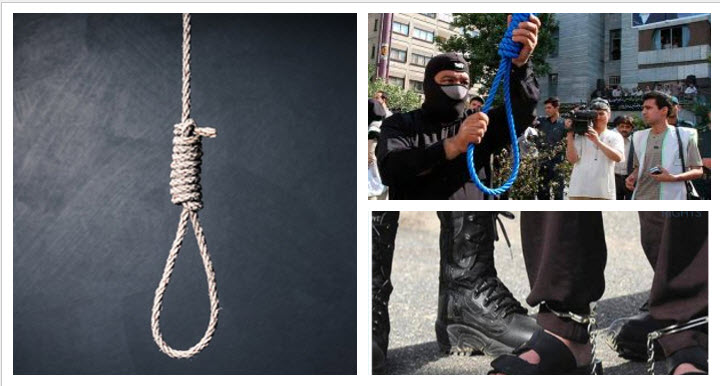 Iran under the mullahs’ regime has the world’s highest number of executions per capita.

Authorities in Iran’s regime recently executed 14 detainees in various cities across the country. Four detainees were sentenced to death in the early morning hours of March 16 in Gohardasht Prison in Karaj, west of Tehran, and Dastgerd Prison in Isfahan, central Iran, according to a report published by the HRANA news agency.

An Afghan national named Zobeid was one among the casualties in Isfahan. Gholam-Ali Khargir, Abbas Khargir, and Mohsen Jandaghi were the three detainees that were hung in Gohardasht jail. In the preceding week, Iran’s regime carried out at least 12 executions.According to reports, several convicts have been moved to solitary confinement and will be executed on the eve of Nowruz, the Iranian calendar’s New Year (March 21). This puts the total number of inmates executed to 355 since March 21, 2021.

The United Nations General Assembly passed a resolution denouncing the Iranian regime’s human rights violations in its 76th session in December 2021. This was the 68th UN resolution on Iran’s human rights status since the Islamic fundamentalists took power in 1979, and it was passed with 78 favorable votes.

The resolution expresses serious concern at the “alarmingly high frequency of the imposition and carrying-out of the death penalty,” “widespread and systematic use of arbitrary arrests and detentions,” “deliberately denying prisoners access to adequate medical treatment and supplies,” and “appalling acts committed by prison guards at Evin prison,” “harassment, intimidation, and persecution, including abductions, arrests, and executions, of political opponents, human rights defenders,” and “arbitrary arrest and detention, and torture and other cruel, inhuman or degrading treatment or punishment against peaceful protesters,” and “the use of torture to extract confessions, and cases of suspicious deaths in custody.”

“The need for competent, independent, and impartial investigations in response to all incidents of serious human rights breaches…including enforced disappearances, extrajudicial killings, and evidence destruction in relation to such violations,” the resolution says.

The United Nations General Assembly resolution also calls for an end to “impunity for such violations.”The resolution comes as the world becomes increasingly aware of Iran’s egregious human rights violations. The massacre of 30,000 Iranian political prisoners in 1988 is being investigated by a Swedish court. Ebrahim Raisi, the regime’s new president, is notorious for his role in the 1988 massacre and other atrocities against dissidents and ordinary Iranians, which has alarmed human rights groups and activists around the world.

“This subject has no validity and is far from the truth,” Kazem Gharibabadi, the secretary of the regime’s so-called “human rights staff,” said in reaction to the UNGA resolution. The Islamic Republic’s constitution prohibits not just the use of torture, but also the extraction of confessions through torture.”

Multiple verifiable accounts of detainees being tortured in jails and pushed to produce incriminating confessions against themselves are worth highlighting. On the basis of these coerced confessions, many of these detainees have been executed.

“The resolution criticizes the number of executions in Iran,” Gharibabadi remarked, defending Iran’s alarming rate of executions. However, you should be aware that the prohibition of execution is a Western idea. If Western countries have abolished capital punishment, does it mean that all other countries must follow suit and it must become a global standard?”

Gharibabadi also verified and defended the regime’s record-breaking number of juvenile offenders executed. “Another topic discussed in this resolution is the death penalty for people under 18 years of age,” he said. “You must take note that there is no international obligation that people under 18 should not sentence to death. One of the articles of the UN Convention on the Rights of the Child states that the age of children is 18 unless the national law of other countries states otherwise.”