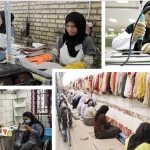 “It will take 257 years for women in Iran to receive equal pay,” Reports Iran’s State-Run Media 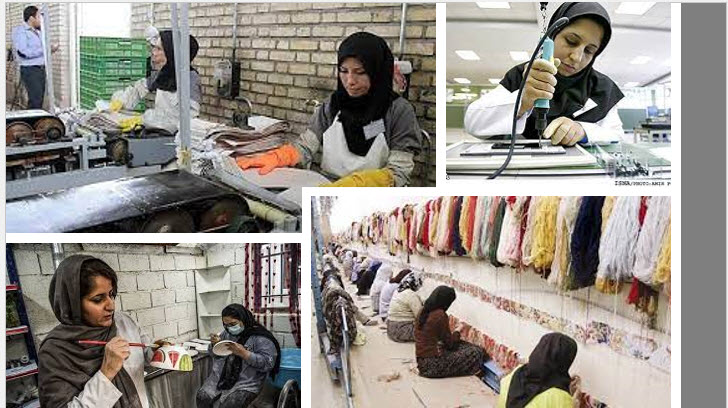 Gender discrimination in the workplace isn’t restricted to unorganized workshops or low-wage, uninsured individuals. Wage equality is not even observed informal workshops, nor is it observed in terms of pension funds for insured employers and retired workers.

Gender discrimination is rampant in everyday life in Iran, and it is reflected in the Iranian regime’s wage legislation as well. Without access to government assistance, women working in unofficial workshops are compelled to accept extremely low wages or risk losing their jobs. They are obliged to accept substantially lower earnings than men in identical circumstances, which is a violation of the universally acknowledged principle of ‘equal work – equal pay.’This predicament is exacerbated for women who come from economically disadvantaged backgrounds. They must accept double exploitation by not being able to fight for their rights in any of the regime’s courts because the regime’s laws fail to safeguard and execute women’s rights.

After ten years, the regime’s ostensible Women Security Document has yet to be adopted, and several regime insiders have claimed that the bill now has “no fangs” due to numerous modifications and footnotes.

Gender discrimination in the workplace isn’t restricted to unorganized workshops or low-wage, uninsured individuals. Wage equality is not even observed informal workshops, nor is it observed in terms of pension funds for insured employers and retired workers. The non-payment of Eid benefits to insured women, whether employed or retired, is a prime example of this.

The increased remuneration for employers was fixed at 16 million rials by the regime. Furthermore, in accordance with family policies, it was decided to pay 4,000,000 rials to married employees and 1,500,000 rials to each kid within the framework of legal credits. The administration also claimed that this was being explored for Social Security Organization retirees. However, complaints over the last year have revealed that this additional compensation was not applied and, even if adopted, did not cover their expenses. Worse, when the extra pay vouchers were distributed, women discovered they had been left out of the increased pay. 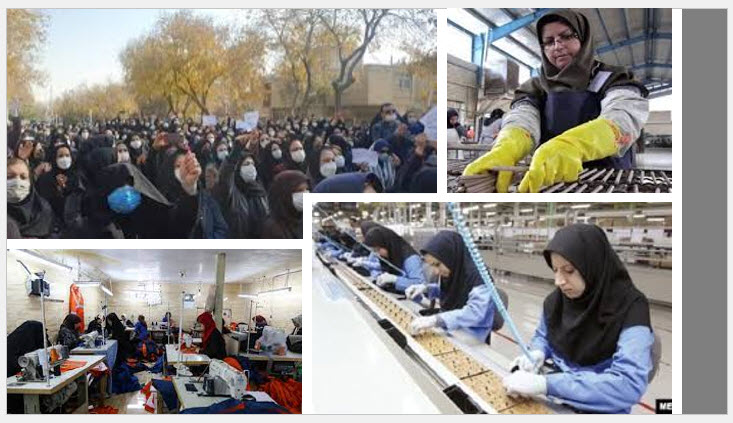 A large number of female workers sell their workforce for a small amount of money without being felt or considered as a worker. They work between 10 to 12 hours at home with a very low income just to make ends meet.

Despite the regime’s laws forbidding gender discrimination, it continues to exist on a daily basis in all aspects of life. Gender salary discrimination is expressly prohibited in Article 38 of the Labor Code. “Men and women must be paid equal wages for equal work done under equal conditions in a workshop,” it says. Discrimination in determining the amount is forbidden on the basis of age, sex, race, and ethnicity, as well as political and religious views.”

The share of women in Iran’s labor market is only 16 percent, far below even the least developed countries, and according to the regime’s state-run media, it will take 257 years for women in Iran to receive equal pay as males due to the tremendous discrimination they experience.

Despite the regime’s repeated claims that moreover half of university quotas are earmarked for women, just approximately a third of them are faculty. Entirely one of these higher education facilities is led by a woman because it is only for women.

Women hold less than 5% of executive positions in the country, and despite having higher educational credentials than men, more than 2.4 million household women are looking for work, with the majority of them being compelled to accept low-paying occupations. Women’s representation in the regime’s parliament is only 4%, and it has fallen even lower since the commencement of Ebrahim Raisi’s administration.

Iran was ranked 116 out of the 153 countries in terms of legal discrimination against women. In Iran, women’s rights have changed according to the form of government ruling the country, and attitudes towards women’s rights to freedom and self-determination have changed frequently.