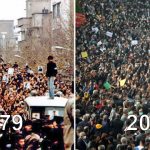 Iran: MEK Supporters mark the 43rd Anniversary of the Revolution 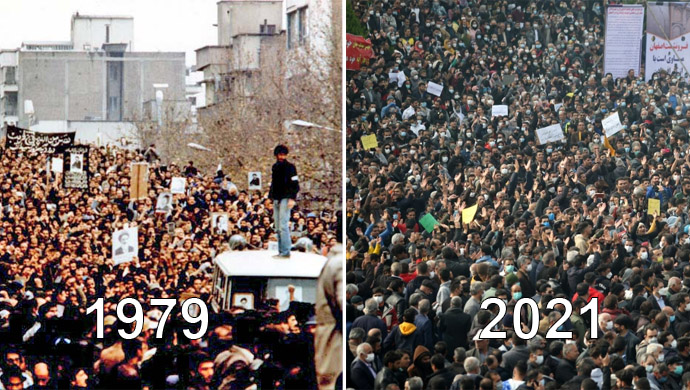 Despite their efforts over the past four decades, the mullahs are admitting that popular discontent with their authority is growing.

Iran is commemorating the 43rd anniversary of its anti-monarchical revolution in 1979, which overthrew the Shah but was later hijacked by clerics led by Ruhollah Khomeini. While the mullahs’ leadership is hell-bent on projecting a strong image of dominance, the reality on the ground tells a different picture. A look back over the previous year reveals the intensifying confrontation between the Iranian people and their organized opposition, on the one hand, and a collapsing dictatorship, on the other, urgently striving to stay in power.

Iran’s false presidential election, held on June 19, 2021, was a farce and a strategic failure for the mullahs’ dictatorship, which had hoped to depict the vote as a popular mandate. According to data gathered by the Iranian opposition, the People’s Mojahedin of Iran (PMOI / MEK Iran), less than 10% of eligible voters cast votes, many of whom were compelled to do so, demonstrating the Iranian people’s total animosity for the regime.

Following the historic boycott of the regime’s phony presidential election, Ebrahim Raisi’s cabinet, which includes security and military veterans who have been involved in decades of financial corruption, repression, and terrorism, signals a regime preparing to deal brutally with a restive population. 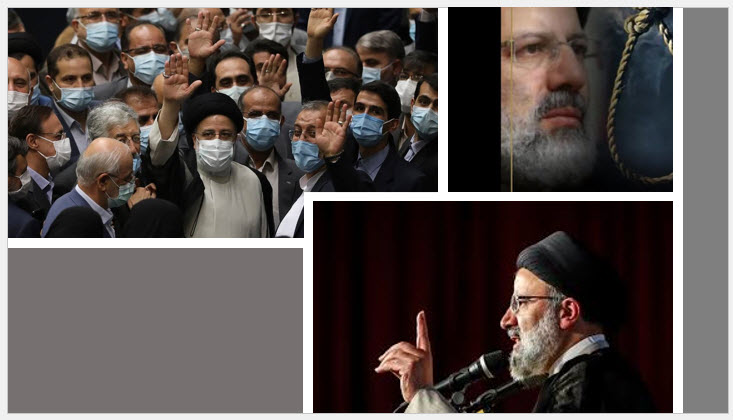 Following the historic boycott of the regime’s phony presidential election, Ebrahim Raisi’s cabinet, which includes security and military veterans who have been involved in decades of financial corruption, repression.

Many of Raisi’s ministers are sanctioned by the US for their roles in the regime’s illegal actions and breaches of human rights. Interpol has issued a warrant for two of his top officials for their involvement in international terrorism. The United States has placed Raisi on a no-fly list for his human rights crimes as the head of the judiciary, making him the first regime president to be sanctioned before assuming office.

Despite their efforts over the past four decades, the mullahs are admitting that popular discontent with their authority is growing. The Kayhan newspaper, Ali Khamenei’s mouthpiece, recently issued an editorial warning against “opening the way for the adversaries” and “internal inefficiencies” that have “led the people to grow skeptical and cynical regarding the ideas of the [1979] revolution.” “With each passing moment, the republic melts away, and republic-conforming Islam grows marginalized,” the daily continued.

April 2021-Boycotting the Iranian regime’s upcoming sham Presidential elections has turned into a widespread social movement in Iran. The Iranian people have had enough of 42 years of the mullahs’ corruption, lootings, killings, and slaughtering any dissenting voice.

Officials often warn that the public is enraged by the mullahs’ influence over the country’s politics and economics. Millions of people observe the striking contrast between their poverty lives and the mullahs’ luxurious and affluent lifestyles; they see their non-existent freedoms in comparison to the mullahs’ and their children’s unearned privileges.

The PMOI/MEK network within Iran, dubbed as the “Resistance Units,” is increasing and dealing significant blows to the mullahs’ apparatus amid these changes. On January 5, Resistance Units set fire to a statue of Qassem Soleimani, the deposed leader of the terrorist Quds Force, which had been erected in Shahrekord, central Iran, on the same day.

On January 27, the regime’s state television and radio network experienced widespread outages after airing footage of Iranian opposition leaders. This continues to raise grave concerns among regime officials regarding the PMOI/MEK’s influence inside Iran, especially through their Resistance Units network. This becomes even more critical as protests become more organized movements with the ability to be directed to particularly target the state and seek basic political goals including regime change.

Fearful of protests and uprisings, the clerical rule has stepped up executions to create a climate of fear. Despite the regime’s crackdown and continued appeasement from the West, the Iranian people’s challenges to the regime’s core have become very evident in the last 12 months.