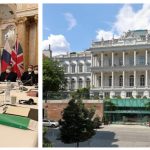 MEK Iran: Nuclear Blackmail Must be met With a Firm Response

Written by Mohsen Aboutalebi on February 13, 2022. Posted in NEWS 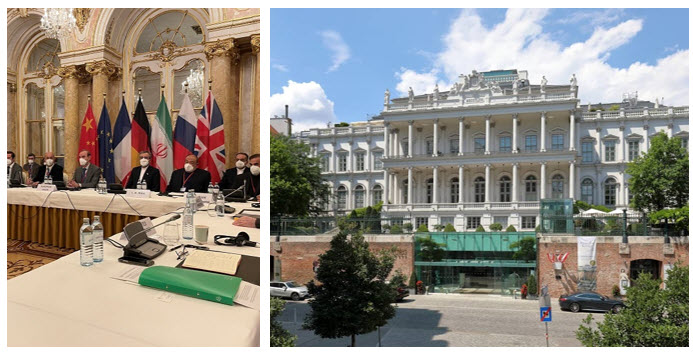 The regime diplomats, like foreign minister Hossein Amir Abdollahian, brag about their success in persuading Western allies to accept their demands.

As the current round of 10-month-old negotiations over Iran’s nuclear program gets underway in Vienna’s Palais Coburg, there’s a great deal of uncertainty about where the talks are going. Officials on both sides of the table have made contradictory statements, expressing both hope and pessimism about progress in curbing Tehran’s nuclear goals.” President (Joe) Biden still wants us to negotiate in Vienna,” said Robert Malley, the US Special Envoy for Iran.

Officials from the US State Department, on the other hand, have said that the talks are moving too slowly and have compared the 2015 nuclear deal, formally known as the Joint Comprehensive Plan of Action (JCPOA), to a corpse. As negotiators have shuttled back and forth between their capitals and Vienna in recent months, diplomats from European countries have expressed similar concerns. Officials from Iran’s regime have made equally inconsistent statements. On the one hand, regime diplomats, like foreign minister Hossein Amir Abdollahian, brag about their success in persuading Western allies to accept their demands.

State media, on the other side, mocks and criticizes the negotiating team for caving in to pressure. On Monday, Ali Shamkhani, the secretary of the Supreme National Security Council, stated that “any arrangement that does not relieve the maximum-pressure penalties” is founded on shaky ground. Even the United States’ recent sanctions waivers have been interpreted differently. The regime’s previous ambassador to Norway labeled it as an “American goodwill gesture,” while the regime’s Etemad newspaper called it “deceitful propaganda.”Why is there so much ambiguity surrounding the nuclear discussions, and why have the negotiations appeared to be trapped in an impasse for so long? 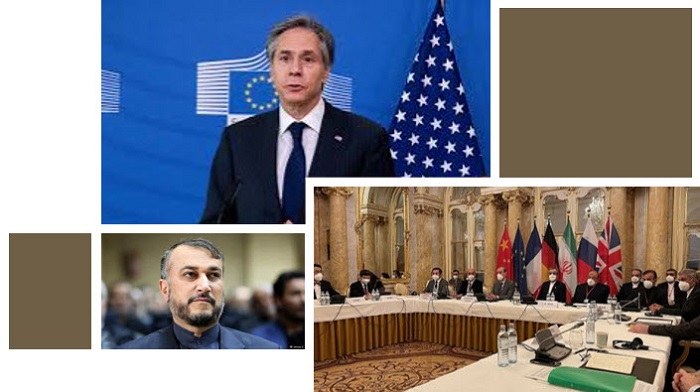 As negotiators have shuttled back and forth between their capitals and Vienna in recent months, diplomats from European countries have expressed similar concerns.

A glance back at the history of the JCPOA clarifies things. When the nuclear talks that culminated to the 2015 agreement began in 2013, Ali Khamenei, the regime’s supreme leader, spoke of “heroic flexibility” and accepted the deal despite concerns from the so-called hardliner faction. As a result, western countries lavished economic and political concessions on the dictatorship. They glossed over key aspects of Iran’s nuclear program and turned a blind eye to the regime’s terrorist activities, missile program, and human rights violations, wishing for the regime’s belligerence and provocative policies to end and for Iran to become a responsible contributor to regional and global peace and security. “Full implementation of this JCPOA will favorably contribute to regional and international peace and security,” the agreement’s introduction declared.

The same parties are still at the negotiating table after seven years. The architects of the original JCPOA are still in charge at the White House and in Iran, with Khamenei remaining in charge. Western diplomats are now under enormous pressure to take a comprehensive approach to Tehran’s nuclear program and other harmful activities. Even sceptics of the nuclear deal’s withdrawal have lost faith in a return to appeasement policy that places too much faith in the mullahs’ rule reining in their own behavior. 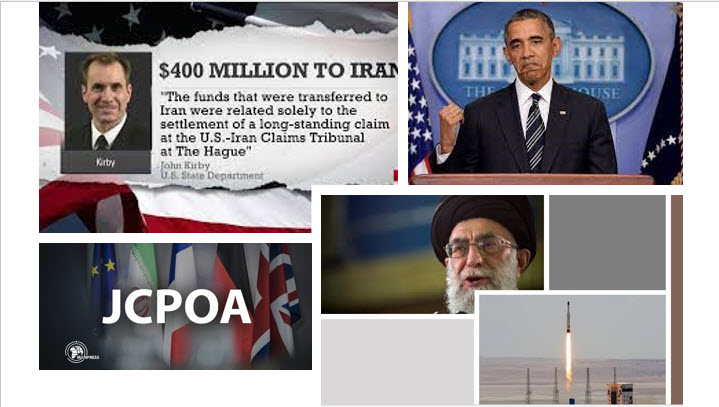 Western diplomats are now under enormous pressure to take a comprehensive approach to Tehran’s nuclear program and other harmful activities.

Any retreat from the regime’s existing posture in the nuclear talks will be perceived as a sign of weakness by regime supporters, who are fighting a lost battle to keep the regime afloat. It will also send a message to the millions of Iranians who want to live in freedom and are demanding for regime change. A crumbling regime and an angered public would reinforce each other, resulting in uncontrollable protests beyond the dictatorship’s and its repressive forces’ control.

Western diplomats should not expect Tehran to act rationally at this critical juncture, because any sensible move would have disastrous consequences for a regime that is already on borrowed time. Tehran will try to coerce the international community into making concessions in order to postpone the inevitable. Concessions will backfire against this backdrop. The only path forward is to be firm.

In remarks to Fox News, former US Secretary of State Mike Pompeo explained why the 2015 nuclear deal gave Iran’s regime a pathway to obtaining nuclear bombs and made the world less secure.