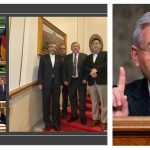 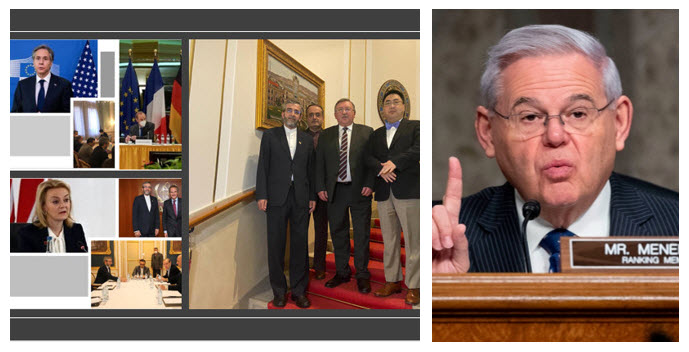 “My underlying worry with the JCPOA was that it did not require the entire dismantlement of Iran’s nuclear infrastructure,” Chairman Menendez.

Senator Bob Menendez (D-N.J.), the Chairman of the Senate Foreign Relations Committee, spoke on the Senate Floor on Tuesday, February 1 to express his growing concerns about the Biden administration’s latest round of negotiations over the Joint Comprehensive Plan of Action (JCPOA), as the Iranian regime continues to rapidly advance its nuclear program, ballistic missile program, and proxy warmongering in the Middle East.

“As someone who has spent the better part of three decades following Iran’s nuclear ambitions, I am here today to express my concerns about the current round of negotiations over the Joint Comprehensive Plan of Action, and Iran’s dangerously and rapidly escalating nuclear program, which has brought it dangerously close to having enough material for a nuclear weapon,” Chairman Menendez said.

added. “Rather, it mothballed that infrastructure for ten years, making it all too possible for Iran to resume its illicit nuclear program at any time.” Iran was not required to destroy or totally decommission a single uranium enrichment centrifuge as part of the agreement. In fact, at the time, moreover half of Iran’s operational centrifuges were able to continue spinning at the Natanz site… Iran now has 2500 kilograms of fissile material, more advanced centrifuges, and a breakout period of three to four weeks, compared to 2015.” namely fissile material, which now indicates a threshold time of three to four weeks, scientific research and development to build a nuclear warhead, and ballistic missiles to deliver them. 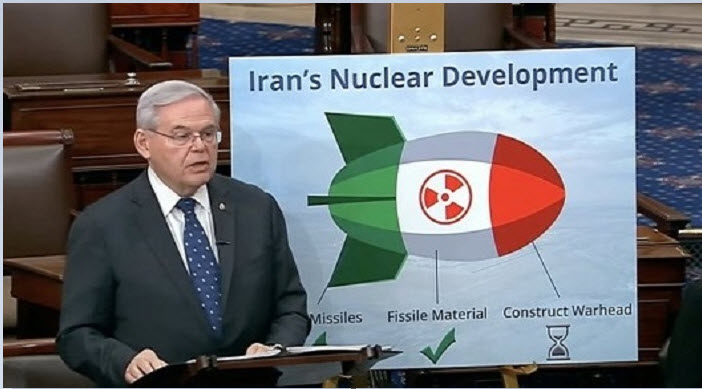 Chairman Menendez emphasized that the Iranian regime had pursued all three elements required to build and deliver a nuclear weapon for more than two decades.

Iran cannot and must not have a nuclear weapon

“I remain quite skeptical it would cease any of its other threatening and destabilizing operations, from ballistic missile development to backing for terrorist proxies,” Menendez added, citing recent drone assaults against US soldiers in the Middle East. Even while the US, our P5+1 partners, and Iran met in Vienna for indirect talks on returning to the JCPOA, Iran’s authorities chose to irritate all parties and demonstrate – in my opinion – their genuine objectives.”Chairman Menendez urged the Biden administration and the P5+1 to seek innovative approaches to curtailing Tehran’s nuclear program and dealing with its hazardous and criminal behavior.

“It would also be critical to give expanded defense capabilities to both local allies and partners, as well as U.S. stations and assets in the region, to counter whatever punitive actions Iran might choose to take while signaling our readiness to act if required,” Menendez continued.

“Today, I urge on the Biden administration and the international community to actively and thoroughly execute sanctions, which have shown to be among our most powerful tools for hurting Iran’s authorities and the IRGC,” the senior Senator said. We can’t let Iran bully us into a terrible deal or an interim arrangement that permits it to keep building its nuclear arsenal… Hope is a natural component of human nature, but it isn’t a national security policy… We must welcome legitimate and verifiably peaceful nuclear power applications while remaining committed to our non-proliferation ideals and unwavering desire to establish a more secure, safer, and prosperous world for the American people and all peace-loving people. Iran cannot and must not have a nuclear weapon in order to do so.”

Besides, the very act of talking in good faith with the type of state that organizes its power around denial, duplicity, and deceit is a priori futile.