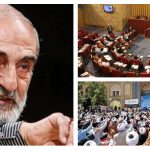 Written by Esmail Mohades on February 8, 2022. Posted in NEWS 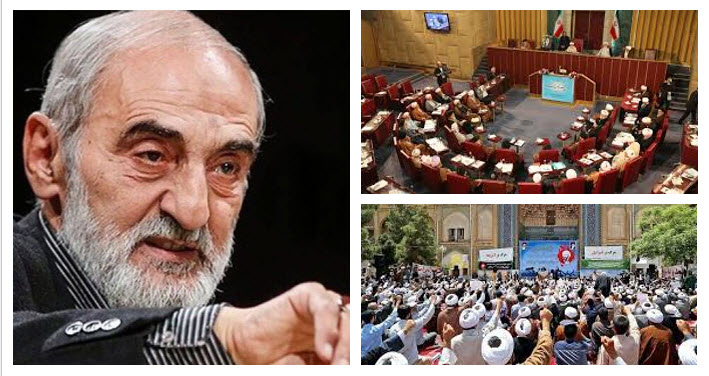 “The Islamic Republic,” which was formed on the promise of integrating the values of democracy and Islam, has effectively lost the final vestiges of democracy if it ever had any,”

The Kayhan daily, the mouthpiece of Iranian regime supreme leader Ali Khamenei, warned against “opening the road for the adversaries” in a Monday editorial. Hossein Shariatmadari, the article’s managing editor, gave respect to Qassem Soleimani, the regime’s deposed terror chief, who “smartly advised that never give a message of goodwill to the enemy with your acts, and don’t open the road for the enemy by distorting the revolution’s vision.”The article is a response to the Assembly of Clerics and the Assembly of Qom Seminary Teachers’ joint statement.

Alarm bells have been ringing inside seminaries in recent weeks

The statement, which was released on January 31, expresses concern about the regime’s “internal inefficiencies,” which have “led the masses to become skeptical and cynical regarding the values of the [1979] revolution.” “With every passing minute, the republic goes away, and republic-conforming Islam grows marginalized,” the statement warns.”The Islamic Republic,” which was formed on the promise of integrating the values of democracy and Islam, has effectively lost the final vestiges of democracy if it ever had any,” the statement says. But what makes it notable is that it comes from two institutions with strong ties to the ruling establishment and devotion to it.

For the past 43 years, these are people who have backed the regime in every decision and crime. As Shariatmadari predicted, they are now repeating the regime’s critics’ statements, admitting that the dictatorship is the polar antithesis of “Islam” and “republic.”Of course, this isn’t the first-time regime insiders have made claims such as these. Alarm bells have been ringing inside seminaries in recent weeks, with clerics pushing for the separation of religion and state. 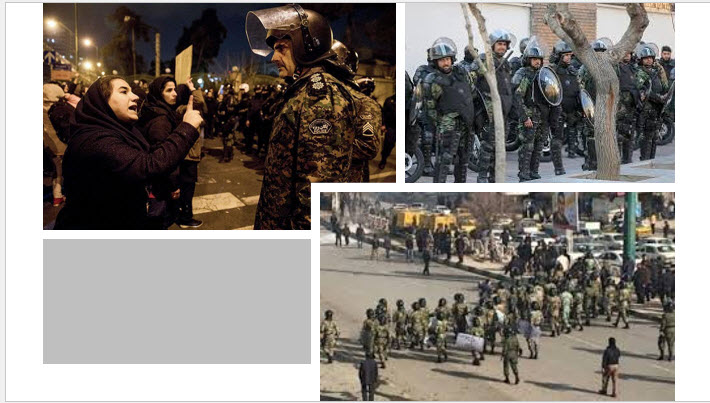 Officials often warn that the public is enraged by the mullahs

“Some clerics… are hitting at the roots and stating religion is separate from politics,” Hashem Hosseini Boushehri, the leader of the Assembly of Qom Seminary Teachers, cautioned on January 24.” Some members of the seminaries and religious authorities… are giving the incorrect signal by asking for the separation of religion and politics,” said Ahmad Khatami, a prominent member of the Guardian Council and a Tehran Friday prayer leader, on January 23. On January 4, Mohammad Taghi Fazel Meybodi, a member of the Qom Seminary’s Assembly of Researchers and Teachers, confessed that “many believers do not have a favorable opinion of the presence of clerics in government” and that they do not want the mullahs “to be part of the ruling elite.”

The rising conflicts within the regime mirror widespread public opposition to the mullahs’ rule. Officials often warn that the public is enraged by the mullahs’ influence over the country’s politics and economics. Millions of people notice the disparity between their economic situation and the mullahs’ luxurious and opulent lifestyle; they see their non-existent liberties compared to the mullahs’ privileges. They can clearly observe how the so-called clergy played a hand in ruining the country’s economy and culture. The gap between Iran’s people and leadership has widened to the point where even the mullahs concede their dictatorship is neither Islamic nor republican. While Khamenei’s supporters worry that such utterances are laying the way for “foreign foes,” the Iranian people and their resistance movement are paving the path for regime change and the establishment of freedom.