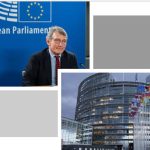 Written by Amineh Qaraee on January 17, 2022. Posted in NEWS 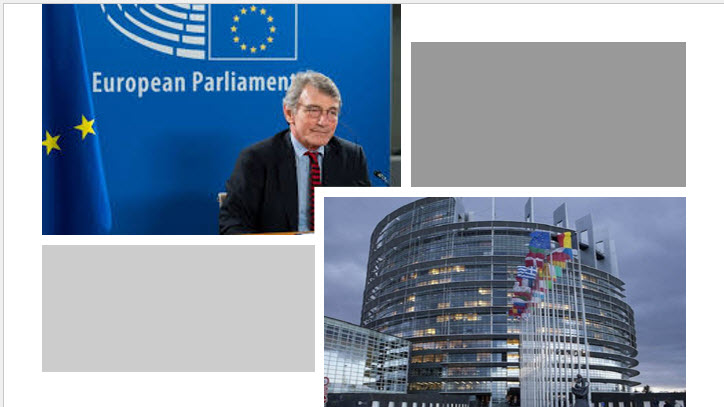 David Sassoli served as  President of the European Parliament, supporting the Iranian Resistance and the rights of the Iranian people in their fight against the mullahs’ oppression.

He supported the  Iranian democratic movement and (NCRI)

While mourning Sassoli’s death, European Commission President Ursula von der Leyen, President of the Council of Europe Charles Michel, and many other European authorities lauded his role, and flags of EU institutions in Brussels were lowered to half-mast.

From 2014 until 2019, David Sassoli served as Vice President of the European Parliament, supporting the Iranian Resistance and the rights of the Iranian people in their fight against the mullahs’ oppression. He was a staunch supporter and signatory to declarations condemning the atrocities in Iraq’s Camp Ashraf, as well as the egregious human rights violations and rising executions in Iran and the 1988 massacre justice campaign. 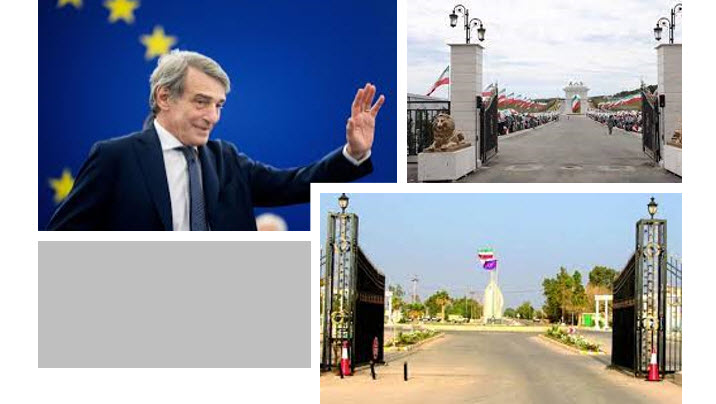 He was Vice President of the European Parliament, in support of the Iranian Resistance and Ms. Maryam Rajavi’s 10-point plan.

He signed a joint statement to investigate the 1988 massacre

“During a visit to the European Parliament in March 2016, Iranian opposition leader Maryam Rajavi outlined her 10-point plan, which includes a pluralist democratic republic with universal suffrage, freedom of expression, abolition of torture and the death penalty, separation of religion and state, a non-nuclear Iran, an independent judiciary, the rights of minorities, peaceful coexistence in the region, gender equality and a commitment to the Universal Declaration of Human Rights,” the statement read.

On May 18, 2017, David Sassoli was one of 156 members of parliament who signed a joint statement condemning Iran’s rising human rights breaches and urging for the establishment of a commission to investigate the 1988 murder of political prisoners. 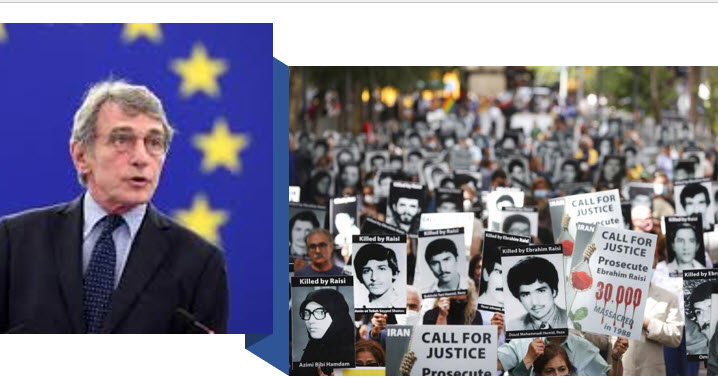 On May 18, 2017, David Sassoli was one of 156 members of parliament who signed a joint statement condemning the 1988 massacre in Iran.

Sassoli: the number of executions in Iran concerns us greatly

“The sheer number of executions in Iran concerns us greatly. During the first term of Hassan Rouhani, the so-called moderate president, more than 3,000 individuals were hung.

“Documents recently obtained inside Iran by a senior cleric (Mr. Montazeri) reveal that the present Iranian Minister of Justice was a key member of the so-called Death Commission, which executed over 30,000 political detainees in mass executions… Amnesty International has labeled this massacre a crime against humanity. The majority of the dead were members of Iran’s opposition, the People’s Mojahedin of Iran (PMOI / MEK Iran).

“As a result, we demand that the UN High Commissioner for Human Rights and the UN Human Rights Council appoint a commission of inquiry into the massacre of political detainees in Iran in 1988.” 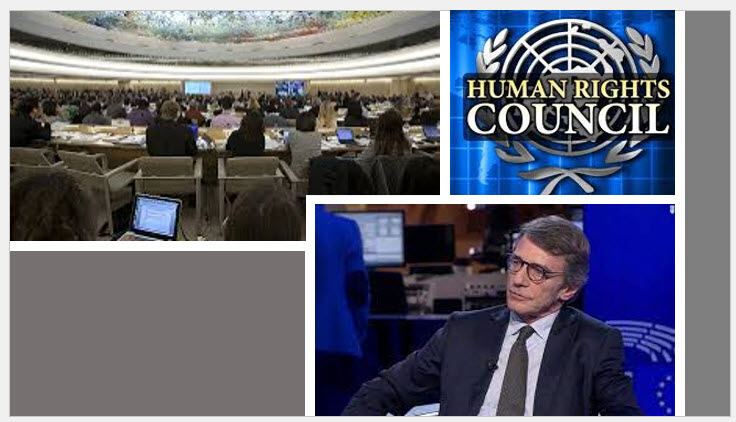 We demand that the UN High Commissioner for Human Rights and the UN Human Rights Council appointed a commission of inquiry into the massacre of political detainees in Iran in 1988.”

Mr. Sassoli sought an early debate on Iran during his leadership

David Sassoli was one of 265 European Parliament members, including four vice-presidents, 23 chairmen of commissions and delegations, and four former ministers from various countries, who denounced Iran’s rigged presidential elections, as well as the regime’s gross human rights violations and an increasing number of executions. They demanded that the UN High Commissioner for Human Rights and the Human Rights Council examine the massacre of 1988 and prosecute the perpetrators.

Mr. Sassoli sought an early debate on Iran during his leadership of the European Parliament in December 2019, which coincided with the brutal crackdown on the November 2019 protests, despite a pre-arranged schedule, to support the demonstrators and denounce the religious authorities. Parliament discussed and eventually passed a resolution sharply criticizing the repressive ecclesiastical government while expressing solidarity for the people and demonstrators. The European Parliament has called on Josep Borrell, the European Union’s Vice President and Foreign Minister, to take a hard stance against the dictatorship in order to improve the regime’s human rights situation.

I would like to extend my deepest sympathies and condolences on the passing away of EP President, Mr. #DavidSassoli, to his family and friends and to the members of the @Europarl_EN.

Today, the @Europarl_EN observed a minute of silence in memory of the 176 people killed when their plane was shot down in Iran last week. Our thoughts are with their families and friends. There must be a full and transparent investigation to ensure justice. pic.twitter.com/VoVSqmXPas